He couldn't tackle, was too slow and was unable to cope one-on-one with opposing players, according to former team-mates. Apart from that, Thomas Tuchel was fine as a footballer. 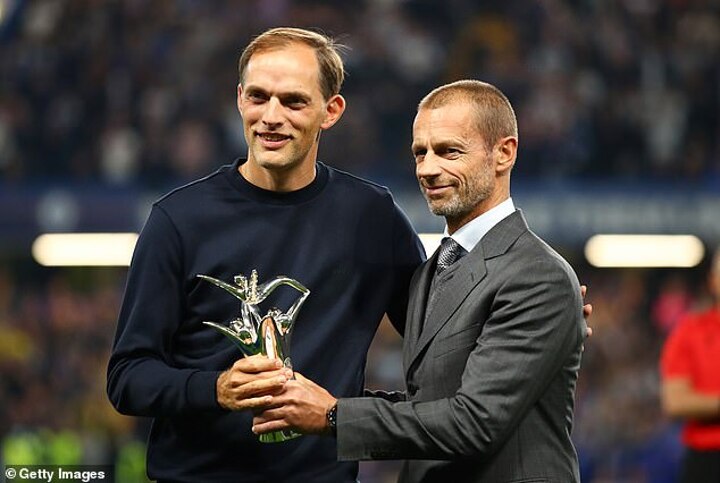 The Champions League-winning manager, who received his Coach of the Year trophy from UEFA last week, was reflecting on his playing career on Friday.

It's a bit of struggle to get him to open up. He grimaces, laughs and flings his head in his hands when the topic comes up.

Perhaps that is natural for a man entrusted with the likes of superstars such as Romelu Lukaku, Jorginho and Thiago Silva, serial winners.

Footballers' brutal hierarchy of talent — how good were you? — stays with you even when you have been recognised as Europe's best coach and won the biggest trophy of all.

'It's a bit hard to talk about my career because it ended before it even started with some games in the second or third division,' said Tuchel. 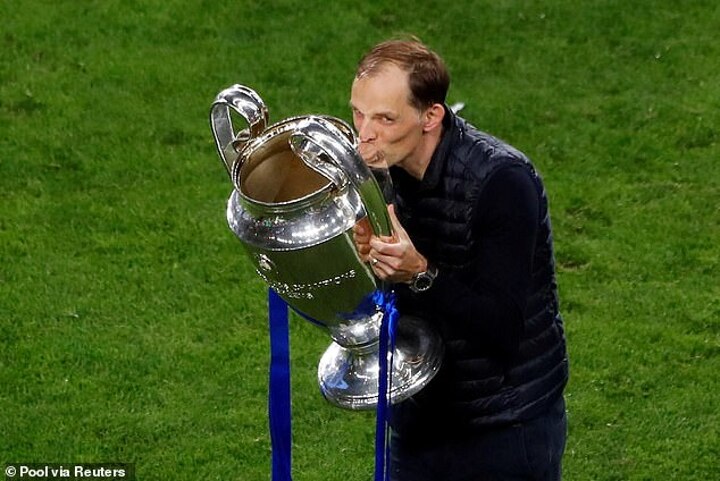 It is a poignant story, for all the gloss that was put on it that night in Lisbon last May when his team were crowned European champions and he outwitted Pep Guardiola.

Right now, Tuchel is feted. Many make Chelsea favourites for the Premier League. They're winning at present without even playing particularly well. Tottenham will approach Sunday's task with a degree of trepidation, despite being only one point behind Chelsea in the table.

Tuchel's coaching style is seen as innovative and challenging, the cutting edge of the new German school. So far, the previous difficulties he has experienced maintaining good relationships with club executives, cited at Borussia Dortmund and Paris St-Germain as reasons for his departure, have yet to manifest themselves.

But this is a man who was waiting tables and preparing bread rolls in a bakery at the age of 24. The plaudits he receives now seemed an unlikely narrative arc then. His fall from grace was pointed as he had represented Germany at Under-18 level and won the German equivalent of the FA Youth Cup with his team Augsburg. As a teenager, the future seemed bright. 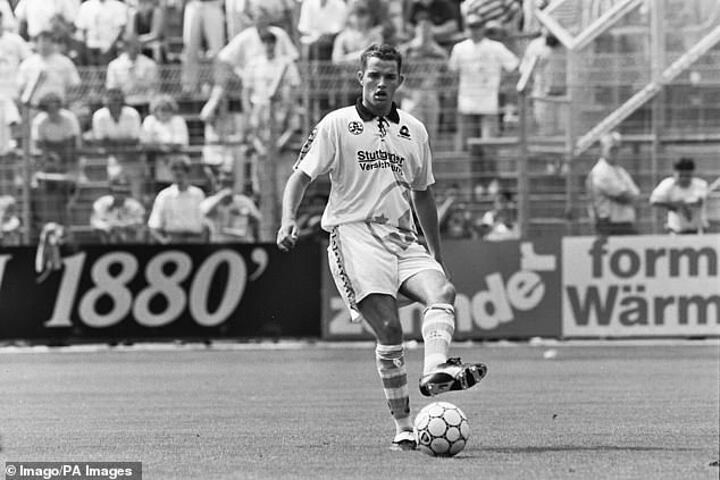 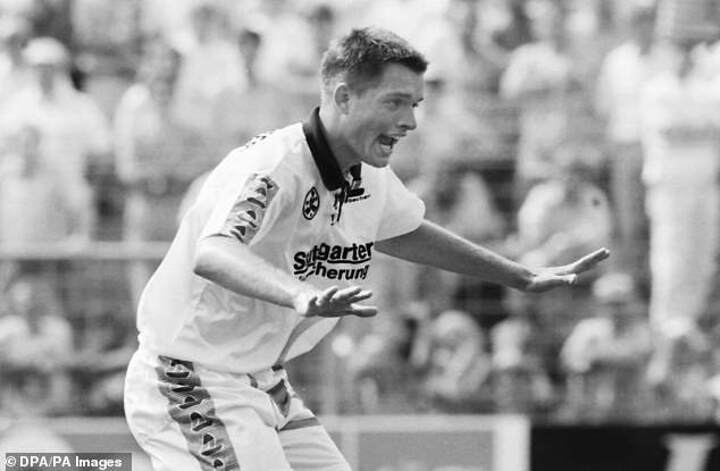 Asked whether it was injuries that held him back — he quit at 24 with a knee cartilage issue — rather than lack of talent, he smiles in self-deprecation, to put the questioner straight. 'Only injuries could stop me . . . from having a career in second division!'

He joined second division from Augsburg as an 18-year-old, but, according to team-mates, was too young and idealistic to fit into a troubled, failing club where a traditional coach, Rolf Schafstall, was distinctly old-school in his motivational techniques. In the recent biography of Tuchel — out this month in English — Daniel Meuren and Tobias Schächter write: 'Repeatedly Tuchel had to endure criticism from Schafstall: 'Tuchel, you don't know how to tackle' or 'Tuchel, what am I supposed to do with you?' '

Alois Schwartz, a former team-mate, recalls: 'Schafstall was poison for players like Thomas. Even back then, Thomas was someone who always spoke up. He also clashed with Schafstall on the training pitch, which was out of the ordinary for a 19-year-old.'

As a player though, he had his drawbacks. 'The thing he couldn't do at all was tackle,' said Schwartz. Another team-mate at SSV Ulm, Oliver Wölki, recalls: 'He had a good eye but he wasn't the fastest and had weaknesses one on one.'

It was when Kickers were relegated that Tuchel, his confidence shredded, moved to third division SSV Ulm. There he did have the good fortune to encounter Ralf Rangnick as a coach, the visionary who inspired Jurgen Klopp and ended up coaching Schalke and was director of football at RB Leipzig.

He would give Tuchel his first coaching opportunity at VfB Stuttgart. But even under Rangnick, Tuchel's career was merely mediocre when a persistent cartilage issue forced him to quit at 24. 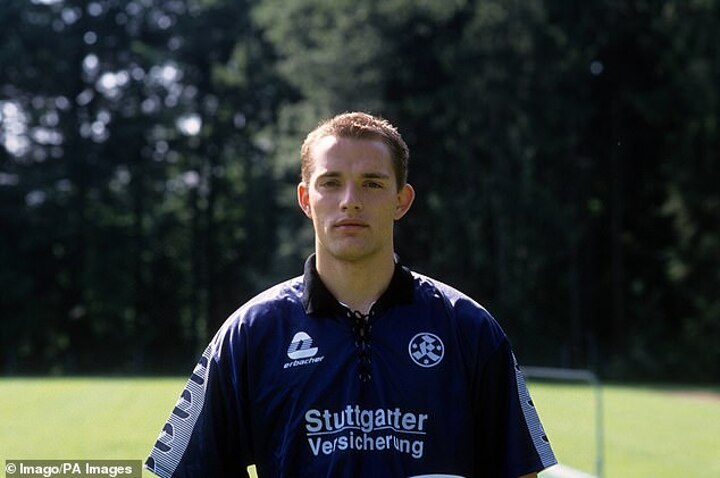 'I was not bad throughout the youth stages and tried to fulfil my dream of becoming a professional player,' said Tuchel. 'But it was different times then, there were no cameras in the second division in Germany. Then I got injured and had to refocus and it was pretty hard. A dream crashed and I didn't really know what to do. It was even painful to go into a stadium and watch games because I did not feel like part of it.'

He moved to Stuttgart, worked in a bar and studied business administration. If it sounds now like a reasoned plan, it wasn't. 'I started to study to calm my mum down more than to satisfy my needs and expectations, what I want from life.'

Ironically, as he waited tables, his former team-mates under Rangnick made a scarcely believable ascent to the Bundesliga. 'I was really p*ssed off and offended,' Tuchel told ZEITmagazin MANN in 2017. 'I thought, 'Now they're living my dream! Bundesliga! Where I always wanted to go!' '

However, fate would turn. Rangnick's star was in the ascendant and he was recruited by the Bundesliga side, VfB Stuttgart. 'During this period of studying my former coach [Rangnick] came and persuaded me to try youth coaching and come into the youth department of Stuttgart,' said Tuchel.

'And from there it went very well with me because I found the passion again and instantly found the joy to be on the pitch out there.'

As such, he ranks alongside the likes of Jose Mourinho and Rafa Benitez as very moderate players who worked their way through youth ranks to be Champions League winners. Tuchel, though, claims there was no pre-ordained vision to make it, no drive to prove the world wrong. 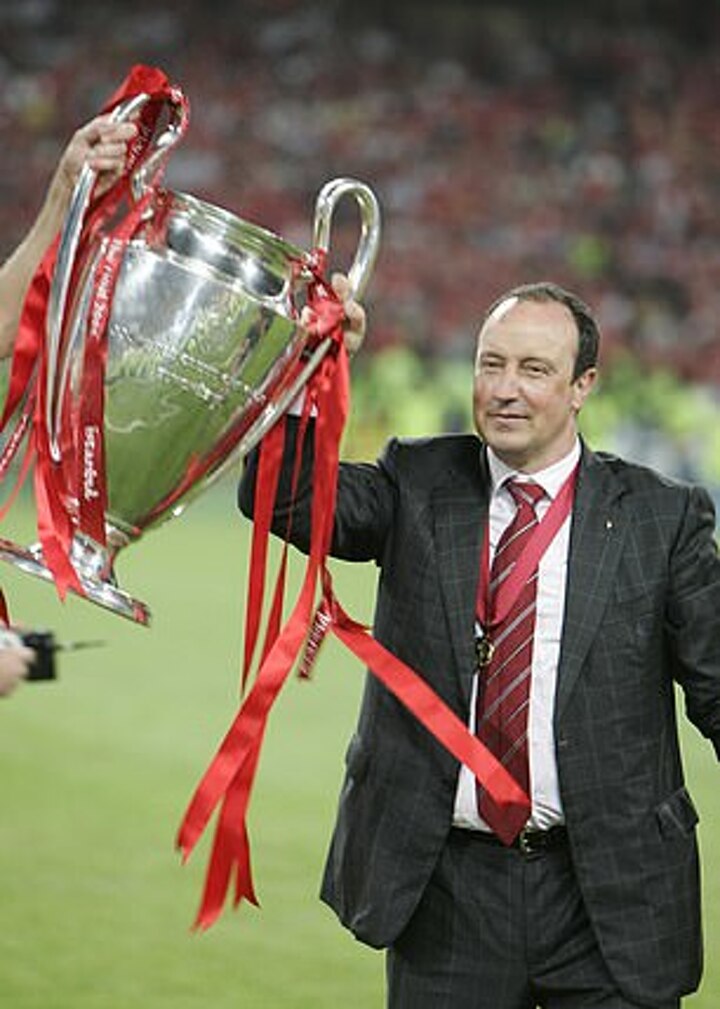 'I am not sure if that made me feel that I had to be a good coach [because I failed as a player]. It was like a second chance but I never thought about being a professional coach because when I started coaching, 100 per cent of coaches in the (top division) had played in the Bundesliga. There was no example (of anyone) who made it through the academy and ended up in a professional coaching position.'

Despite coaching, he finished his degree and not just to please his mother. 'It was also important to me to study, just to prove it to myself, to make a point to myself that I can finish something [studying] that I don't really like, for just purely rational reasons.'

But his vocation remained clear. 'When I experience the feeling again to be on the pitch and had the chance to be the coach of an under-14 team, under-15 team, the academy, that really made me happy. So I knew, I'm right here,' he said.

'And even though there was not a lot of money involved, there was enough here to do this because it made me happy and I felt I was in the right place. I got a lot of support from many people on my way because without that it's not possible. I got this gift from life to be promoted and promoted. And that's why I'm very grateful.'

That said, it's impossible not to make at least some connection between his determination to coach differently, challenge players and innovate and the need to make the most of a second chance in life.

His reputation as a pioneer is well established. His biographers detail some of the techniques Tuchel has used in his coaching journey from Mainz, to Dortmund, on to PSG and Chelsea. For example, players are often required to call out the name of the intended recipient of a pass during training.

It was an idea he picked up from basketball, where coaches sometimes make players solves maths problems as they pass. The idea is that stretching the brain while executing the skill makes it second nature under the pressure of a game. 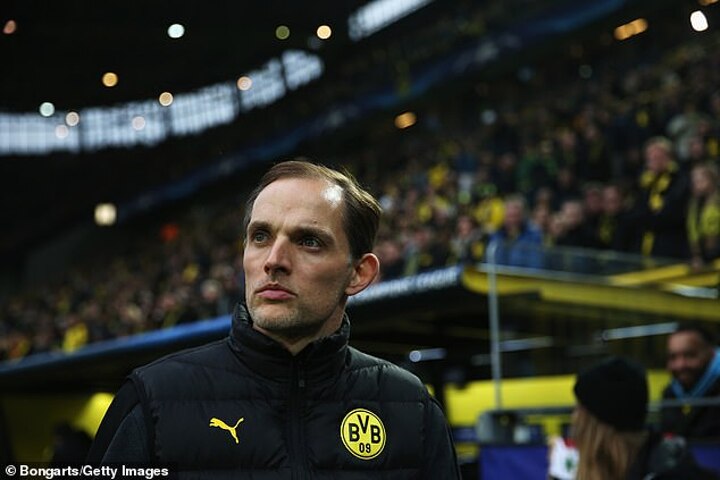 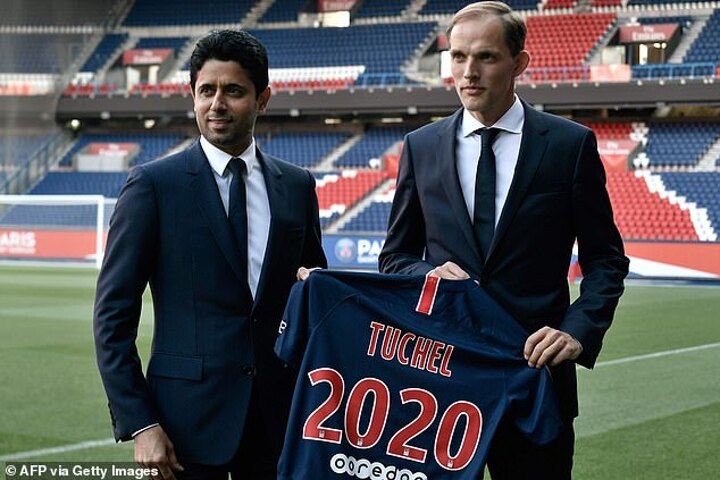 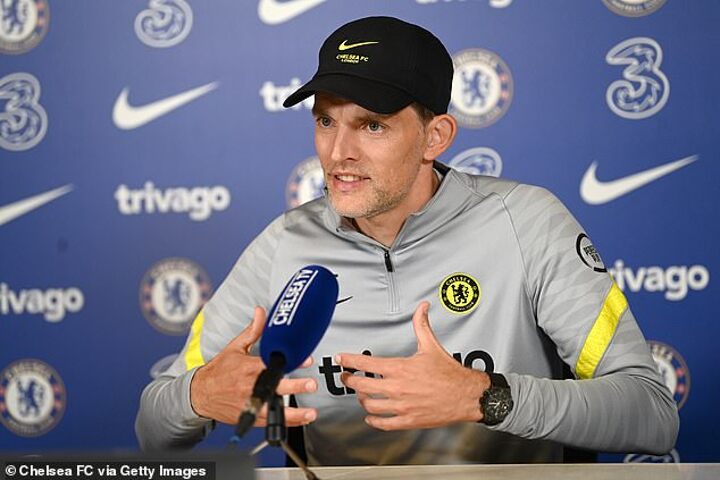 His first day of training at Chelsea saw the team train with smaller-sized footballs. Anything to stretch or challenge his players cerebrally is considered fair game by Tuchel.

At Mainz, he once redesigned the training pitch into an hour-glass shape, forbidding players from using the wings in the central areas of the pitch. The idea was to ensure they prepared for a match against Stuttgart, who were strong in the wide areas, through central areas. He trained with handball and wrestling teams to cross-pollinate ideas. He has his own form of sign language he has developed with players so that he can communicate in noisy stadiums.

It has been an arduous ascent for Tuchel. Yet even if he doesn't fit the more gilded coaching paths travelled by greats such as Pep Guardiola and Zinedine Zidane, the former SSV Ulm right back, who couldn't tackle and couldn't run, is more than holding his own.