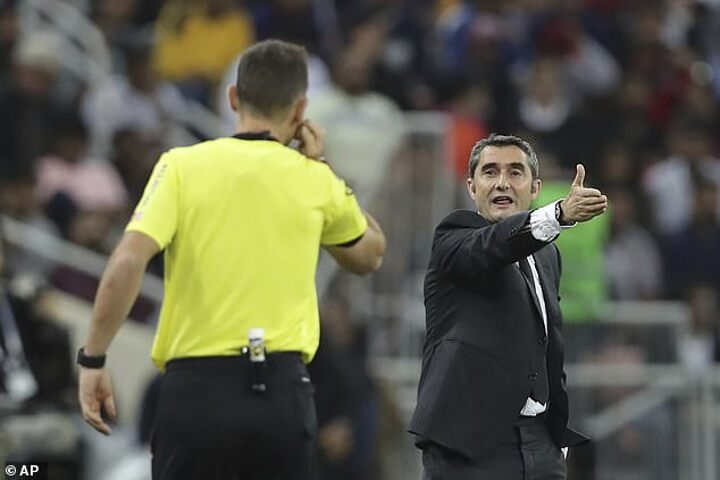 Catalan radio RAC1 reported the meeting on Friday just as the club were briefing that they remain committed to keeping Valverde in charge until the end of the season.

It seems clear it is a case of when not if the current coach leaves and the search for his successor is being stepped up. He still looks likely to remain until the end of the season however and Barcelona are adamant that club directors were seeing injured Ousmane Dembele in Doha and dropping in on Xavi was always part of their schedule.

The meeting with a man who would be universally welcomed back as Barca coach, however, leaves Valverde looking even more fragile than he did in Jeddah on Thursday night as he was booed by supporters inside the King Abdullah Sports City Stadium.

These are fans who are more likely to be his social media critics, but thanks to the Spanish FA's decision to play the Super Cup abroad they had the chance to show their feelings towards him in the stadium.

The coach was booed throughout the game against Atletico Madrid. There were boos when Barcelona were ahead and they only intensified when the team were beaten.

Barca's global fanbase matters to this board and what little doubt that may have existed over him continuing into the summer will have disappeared.

For a long time it's been clear that Valverde is in his final season as Barcelona coach – waiting to be replaced at the end of the campaign by Ronald Koeman or by current Ajax coach Erik ten Hag or River Plate manager Marcelo Gallardo.

Xavi has until now been in the background – a Barca legend who could take the job whenever he wanted it but who would probably want to wait. 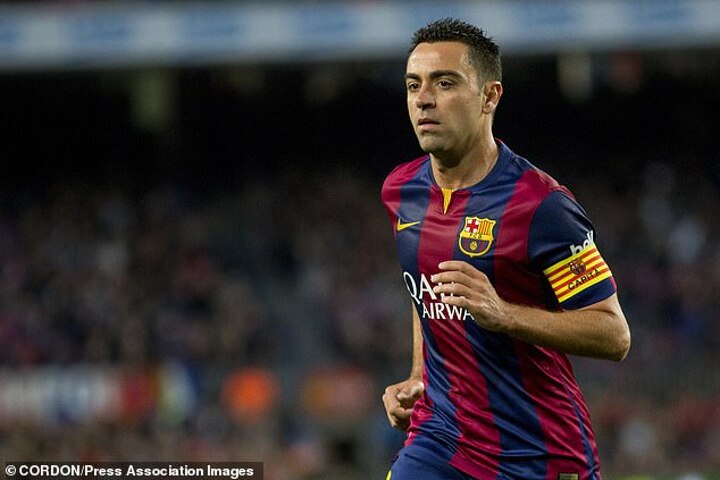 Now it seems, with elections due in 2021, the current board want to stay close to a man who would be favourite for the coach's job if he wanted it and who has until now appeared closer to non-continuity candidates.

Valverde has had the public backing of the players but there are now nine days before the team play again and so there would be a window for a change.

Even if Xavi is asked about a shock mid-season takeover his reaction to those advances might not be to completely welcome them. The record appearances holder for Barcelona wants to coach the club one day but he has also made it clear that he wants to pick his moment. 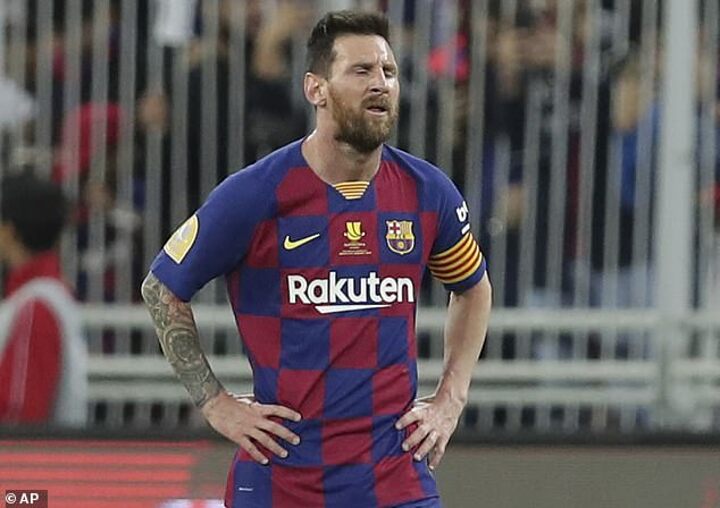 On Saturday morning AS reported that Barcelona have offered Xavi a two-and-a-half year contract.

Barcelona remain top of the league and, having won their Champions League group they remain in a strong position this season. Valverde is seen as a nice guy and a competent coach who occasionally lacks the magic and imagination of Pep Guardiola or the drive and authority of Luis Enrique.

His apparent weakness showed itself again last weekend when Barcelona were trying to play out time with a man less against Espanyol but, perhaps feeling he could not take off dressing room heavyweights Luis Suarez and Lionel Messi, he kept both on the pitch and Barca defended their 2-1 lead with a 4-3-2 formation.

Critics said a stronger coach would have replaced Messi or Suarez and finished the game in 4-4-1.

Barcelona could not defend their lead with 10 men conceding on 88 minutes. Valverde knew this period of speculation was coming and if Xavi does not end up as his replacement, he will not be the last coach to have the shadow of the legend looming over him. 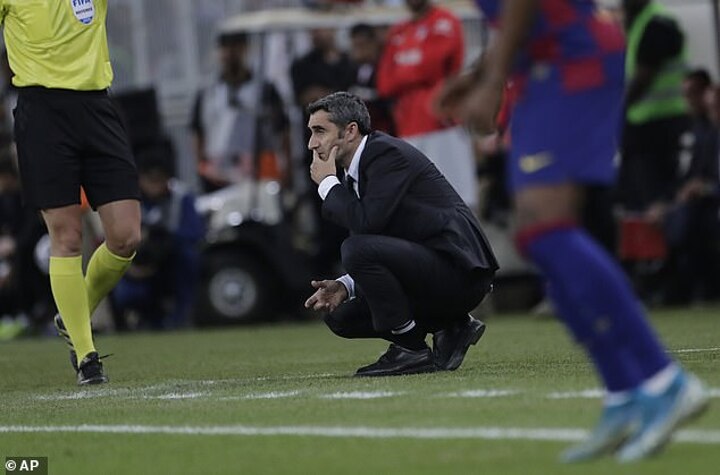