In the latest edition of Ref Watch, former top-flight referee Dermot Gallagher assesses a bumper midweek round of Premier League action where VAR was front and centre yet again... 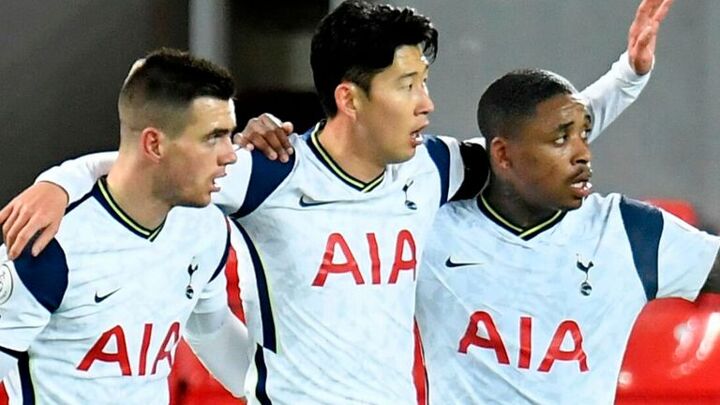 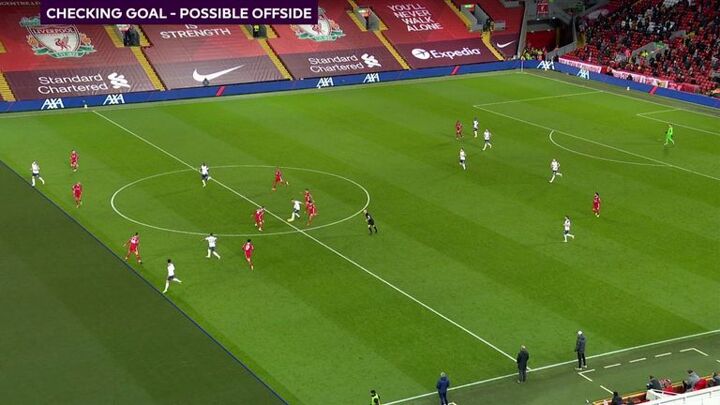 VERDICT: "We can't argue with the lines that were drawn across; everybody saw it. The VAR looks at that, he says the calibration is correct, and Son is onside, so you have to go with it."

INCIDENT: Eric Dier escapes giving away a penalty after the ball strikes his arm in the area. The ball clearly hits the Spurs defender's arm but the contact appears to be above his sleeve, and the penalty is not awarded. 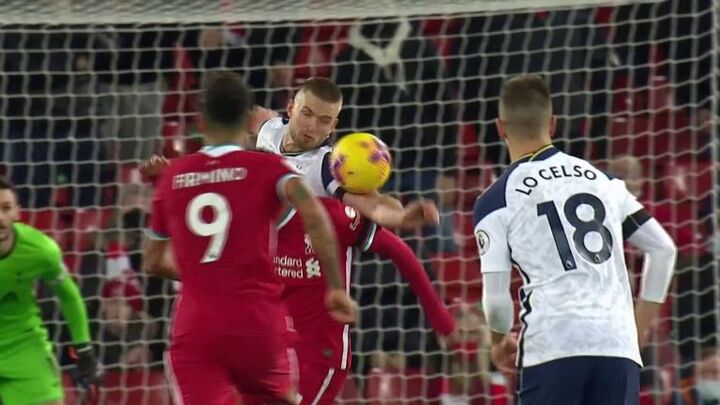 VERDICT: "It's high enough up. There is certainly a massive amount of sleeve underneath the ball. One of the problems we've got now the handball rule it that is has been made so specific. There isn't a line on someone's sleeve, you have to take into account whether it's on the arm or not, and that's what they did here. It was a sensible conclusion."

INCIDENT: Gabriel Magalhaes picks up a second yellow in four minutes for bundling Theo Walcott over and preventing a counter. Referee Paul Tierney brandishes the red card and Arsenal are down to 10 men for the final 28 minutes.

VERDICT: "If you've been booked earlier, why would make this challenge? You know it's going to be yellow card, and if you've already been booked, you know you're going to get sent off." 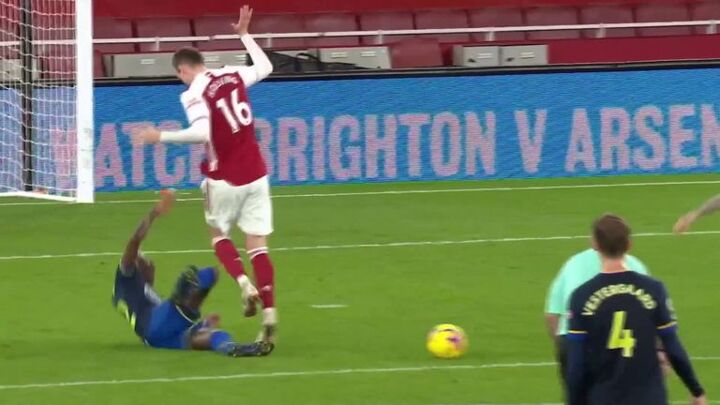 INCIDENT: Moussa Djenepo is knocked to the ground off the ball by Rob Holding in the area. The Arsenal defender makes no attempt to play the ball but Southampton appeals for a penalty are unsuccessful.

VERDICT: "I don't think it's a foul. Djenepo is already going to ground, I don't think Holding sends him to ground. VAR looking at that would clear the decision very quickly and would never ask the referee to give a penalty."

INCIDENT: Christian Benteke was sent off for a second bookable offence after catching Tomas Soucek in the face with an elbow while leaping to win the ball in the air. Crystal Palace manager Roy Hodgson voiced his aggrievances with referee David Coote's decision after the game.

VERDICT: "I was surprised when I heard that [from Roy Hodgson] because Benteke was actually booked earlier in the game for exactly the same offence. Put the two yellow cards together, and they were both for leading with a flailing arm, both of which can hit an opponent in the face.

"He got a yellow card early on, and the second was almost a carbon-copy incident. We ask for consistency and David Coote was totally consistent in so much that he produced the second yellow card."

INCIDENT: Referee Lee Mason consults the pitchside monitor and overturns his initial decision to award Leicester a penalty after Andre Gomes foul on Ayoze Perez in the area. After the game, Foxes manager Brendan Rodgers questioned whether VAR was showing officials the right angles they needed to reach a correct decision.

VERDICT: "I think the officials got the decision right. I can understand why Lee Mason gave the penalty on the field, because to all intents and purposes it looked like a foul. The VAR sees that the foot is planted and that there isn't contact, sends the referee to the screen and he sees there is no contact and overrules it.

"This is the beauty of VAR, in years gone by, that error would have been an error for ever and ever in the record books."

INCIDENT: Newcastle striker Callum Wilson goes to ground in the area under the challenge of Leeds defender Liam Cooper, who comes through the back of the man before getting the faintest of touches on the ball. Referee Simon Hooper decides not to award a penalty on the field and Var does not intervene.

VERDICT: "I don't know how this was not a penalty, I fully expected it to be given. If he gets the ball, he still gets the man, and I don't think he even got the ball. All I can think is that the referee thought Callum Wilson had knocked himself off balance while stretching to reach the ball.

"But if the referee had been referred to the screen, he would have reversed his decision and given a penalty. VAR must have taken the same stance as the referee, or asked him to explain what he had seen. The only thing I can presume is that the referee thought Wilson was slipping before he went down.

"If you look at the images there is a case for that, and on that basis VAR may have sided with the on-field referee's decision. VAR is not there to determine whether the referee was right or wrong, it's there to decide whether they have made a serious error - a clear and obvious error - and on this occasion they thought he hadn't."

INCIDENT: Wolves are awarded a penalty after Reece James is penalised for a foul on Pedro Neto. Referee Stuart Atwell is advised to consult the pitchside monitor, spots the Chelsea defender had in fact not made contact with the Wolves forward and overturns his initial decision. 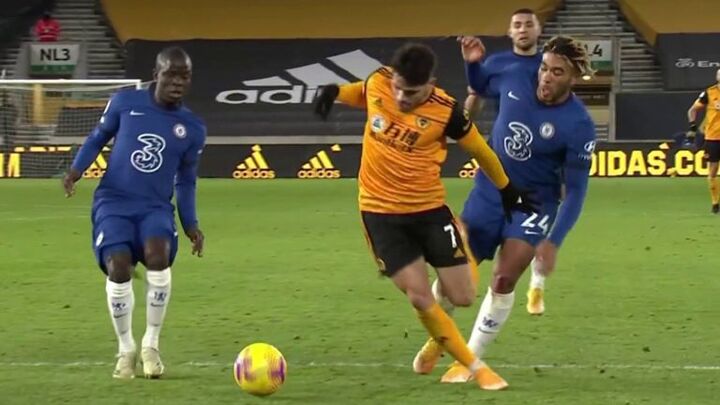 VERDICT: "It could well have been a yellow card for Neto, I think it should have been, but the key issue is that the penalty was given incorrectly. VAR intervened, the referee quite rightly went to the monitor and quite rightly overturned his decision.

"The big, big decision is correct, and that's what it's all about. The yellow card for Neto should follow, but that is a small decision compared to the penalty."

INCIDENT: Adam Lallana's goal for Brighton is disallowed after Danny Welbeck is adjudged to have handled the ball, albeit unintentionally, in the build-up.

VERDICT: "There has been an update to the handball laws, but the law is straight forward. In this case, does the handball lead to the goalscorer scoring, no, does it lead immediately to a colleague scoring, yes, because Welbeck's ball went straight to Lallana.

"It touches his hand, he knew nothing about it, but this is the unfortunate part if this law. It doesn't have to be deliberate, so much so that if it was the defender that handled the ball it wouldn't have been a penalty. But the way the law is set up, because it strikes Welbeck's hand and goes to Lallana who scores, it has to be disallowed."