Arsenal are being linked with a move for Celtic striker Odsonne Edouard, and it's not the worst idea in the world. 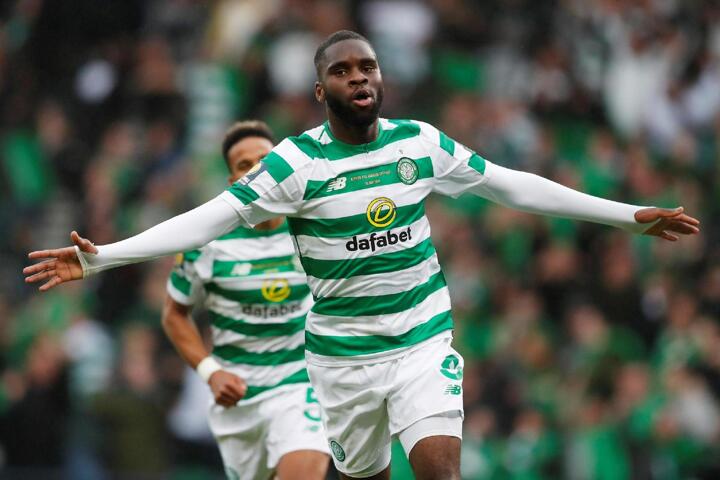 The statistics alone look promising: Edouard has scored 37 goals in 59 appearances for the Scottish giants, but what about his style of play, strengths and weaknesses?

With football across the UK and Europe suspended amid the coronavirus pandemic, scouting systems such as SmarterScout allow for the process to continue without a ball being kicked.

Using the professional scouting system's unique algorithms, we took a closer look at the Celtic marksman to see what he could bring to Arsenal's front line…

Whilst Edouard's physical stature may not resemble Aguero's, who earns his corn with a low centre of gravity, their playing styles are remarkably similar

Using SmarterScout's similar player tool, only five Premier League players over the past several seasons compared with Edouard: and THREE of those were Aguero, with Brighton's Neal Maupay and Diego Costa (for Chelsea during the 2016-17 campaign) the other two.

Both Aguero and Edouard are fantastic target men, but their skillsets are not limited to this role. They link-up play, dribble effectively, and recover the ball particularly well when compared to other strikers. 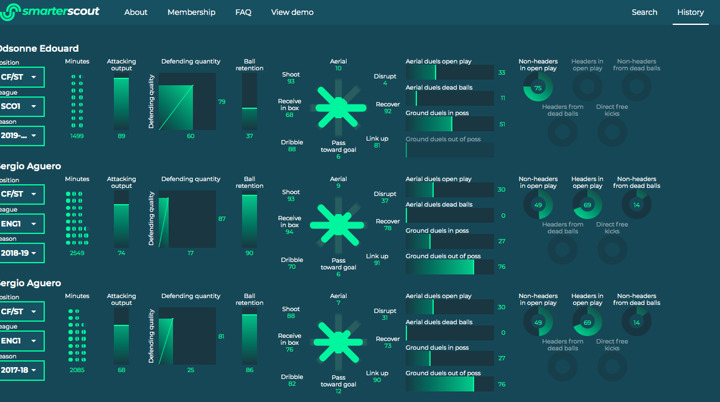 Rodgers' teams, in a similar vein to Pep Guardiola's, conduct themselves in a system that requires both substantial build-up play and high defensive recovery.

Edouard is very adept at performing these tasks, and you would expect him to fit into an Arsenal operation now managed by Guardiola's former assistant, Mikel Arteta. Arguably, he would perhaps be better suited to this system than Pierre-Emerick Aubameyang.