Manchester United are finally off and running in the current transfer window with the arrival of £40million Dutch international Donny van de Beek looking astute business. 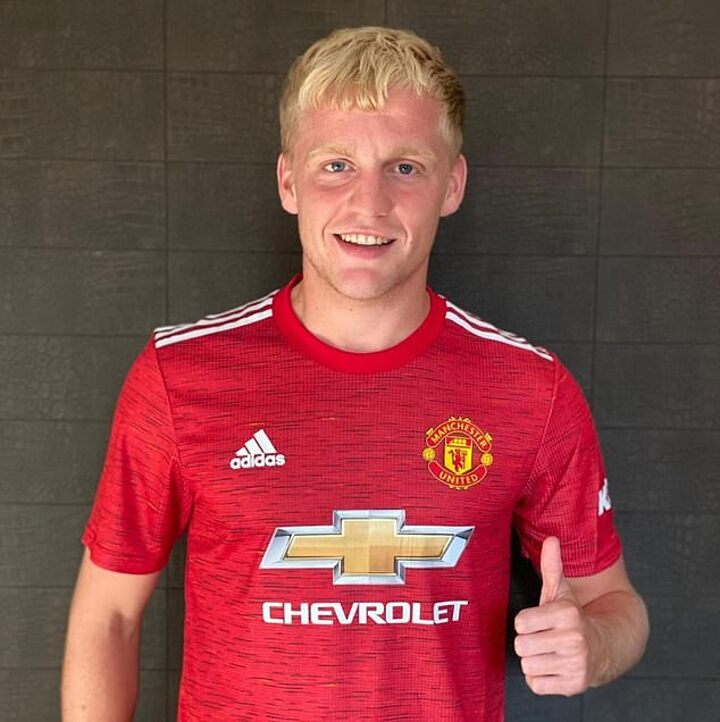 He was as important to Ajax's run to the Champions League semi-final as Matthijs de Ligt or Frenkie de Jong who went to Juventus and Barcelona for far bigger fees.

The 23-year-old can now take his place alongside Paul Pogba and Bruno Fernandes in a mouthwatering United midfield three, at half the price Jack Grealish would cost. 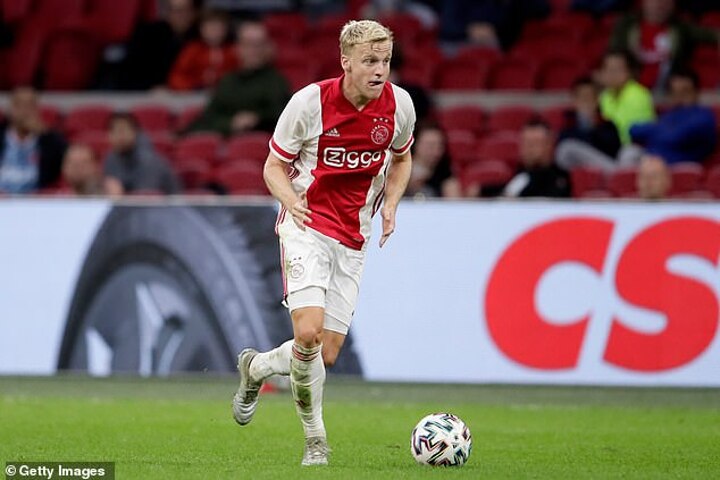 However, Ole Gunnar Solskjaer will be the first to recognise that the signing of Van de Beek is just the minimum requirement in United's rebuild.

It is seven years since United were last champions and, despite recent improvements, they finished 33 points behind champions Liverpool last term and haven't won a trophy in the last three seasons.

While United have plenty of talent at the club with Marcus Rashford, Mason Greenwood, Harry Maguire, Pogba and Bruno, they need more so that seven-year wait doesn't stretch much longer. 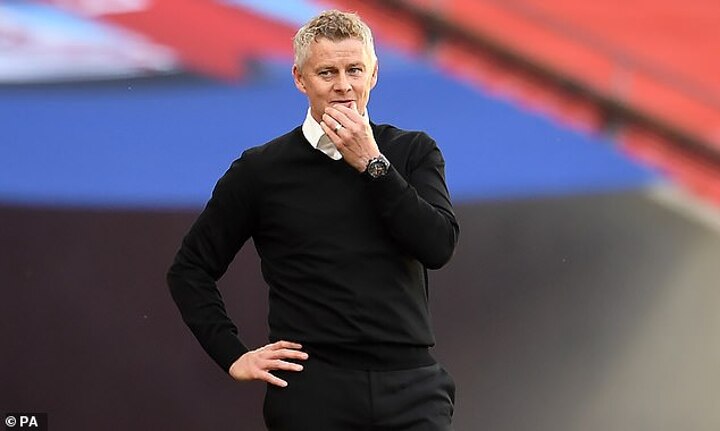 'We are not the finished article - nowhere near,' is Solskjaer's candid assessment. 'It is not just about 12 or 13 players. You need 20, 21, 22 that you really rely on. If you play every three days for a full year, it is going to be mentally and physically difficult.'

The most glaring vacancy is for a right-sided wide player who can provide penetration and goals in United's preferred 4-3-3.

Jadon Sancho has been the obvious No 1 target but Borussia Dortmund's price tag of £108m has proved too steep during a global pandemic even for a club of United's power.

A fresh bid is being prepared but if that again proves unsuccessful then their big decision will be whether to wait for Sancho - as Liverpool did for Virgil van Dijk - or find an alternative for the upcoming campaign. 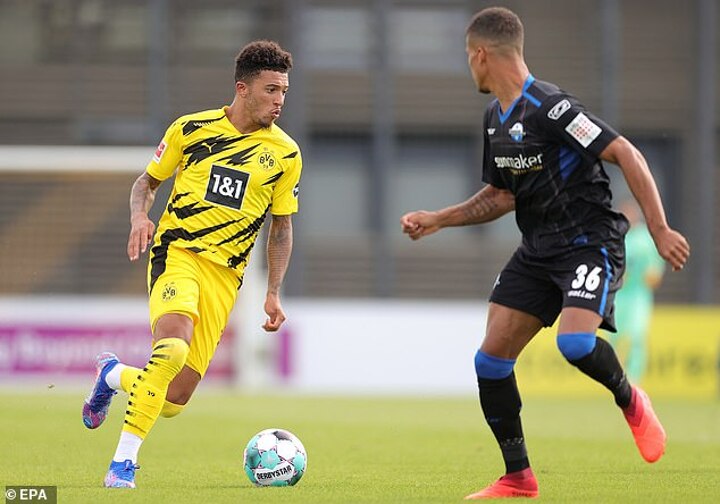 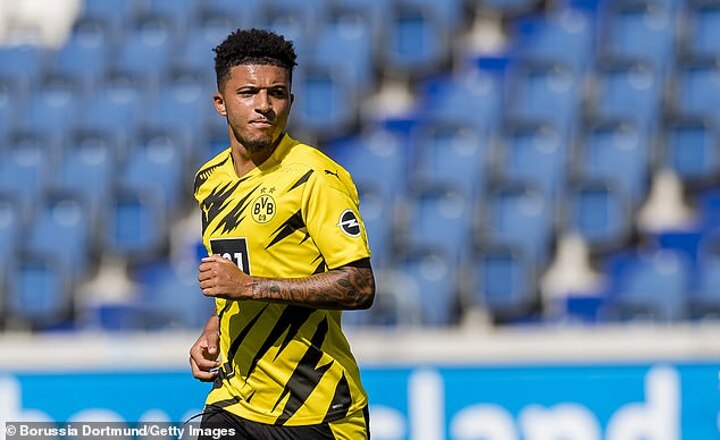 Last season teenager Mason Greenwood did an admirable job but his long-term future is as a centre-forward. Daniel James isn't consistent enough to be a regular starter while Rashford is more settled on the left.

Ousmane Dembele of France and Barcelona has the right pedigree and is the world's fifth-most expensive player at £112million. But he has missed most of 2020 following hamstring surgery and represents a risk, even though the great Lionel Messi believes 'he could be one of the best'.

Douglas Costa of Juventus is a different type of option. Older and less free-scoring than Sancho, his experience would nevertheless complement the rest of United's forward line. It should be stressed that United have already put so much effort into wooing Sancho, they won't give up on him without a lot of thought.

If the right wing is an area of interest to Solskjaer, the same could be said at centre-half where a long-term partner for Maguire is sought. The United captain's one glaring weakness is a lack of pace, so speed is key for any new recruit. 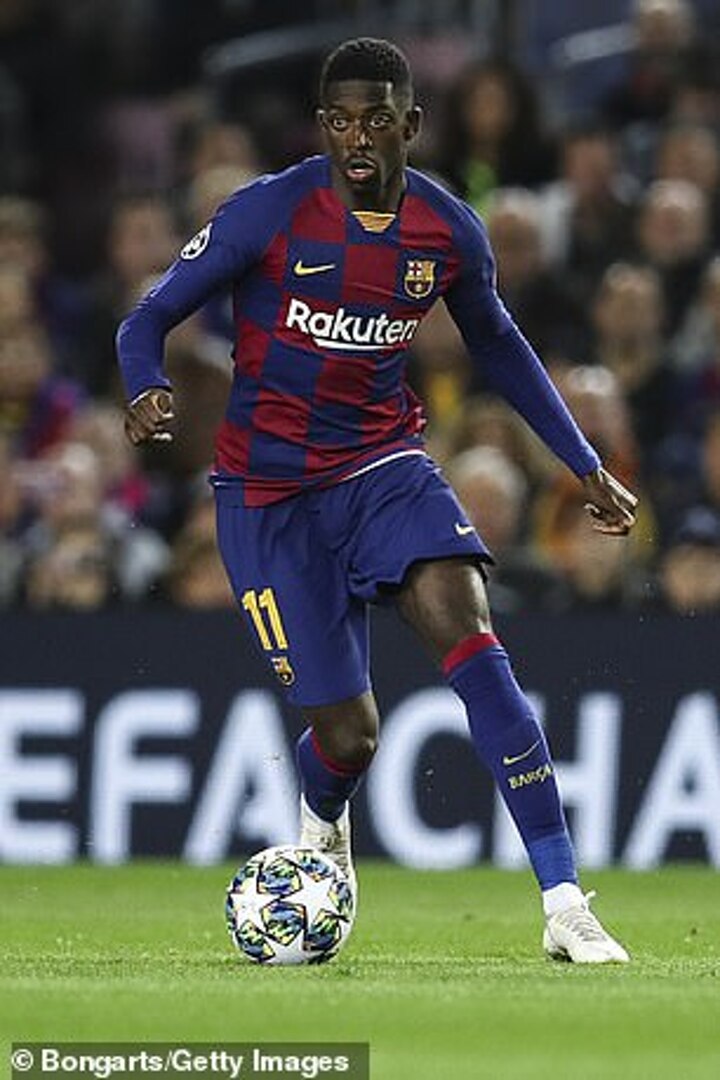 United looked closely at Napoli's Kalidou Koulibaly, also wanted by Manchester City, but their attention is now on to Frenchman Dayot Upamecano of RB Leipzig, who caught the eye in their recent run to the Champions League semi-finals. At 21, he could be the cornerstone of United's defence for years.

Again, the financial aspect looks critical. Upamecano's asking price is £60m, but will be reduced to £40m in a year's time due to a clause in his contract.

As a football manager, Solskjaer wants signings now - as Frank Lampard has done at Chelsea. But the accountants will note United have already spent nearly £200m on centre-backs and have Maguire, Victor Lindelof, Eric Bailly, Marcos Rojo, Chris Smalling, Phil Jones, Axel Tuanzebe and Timothy Fosu-Mensah on the books.

In addition to Van de Beek, a world-class winger and central defender, a couple of other positions may want strengthening. 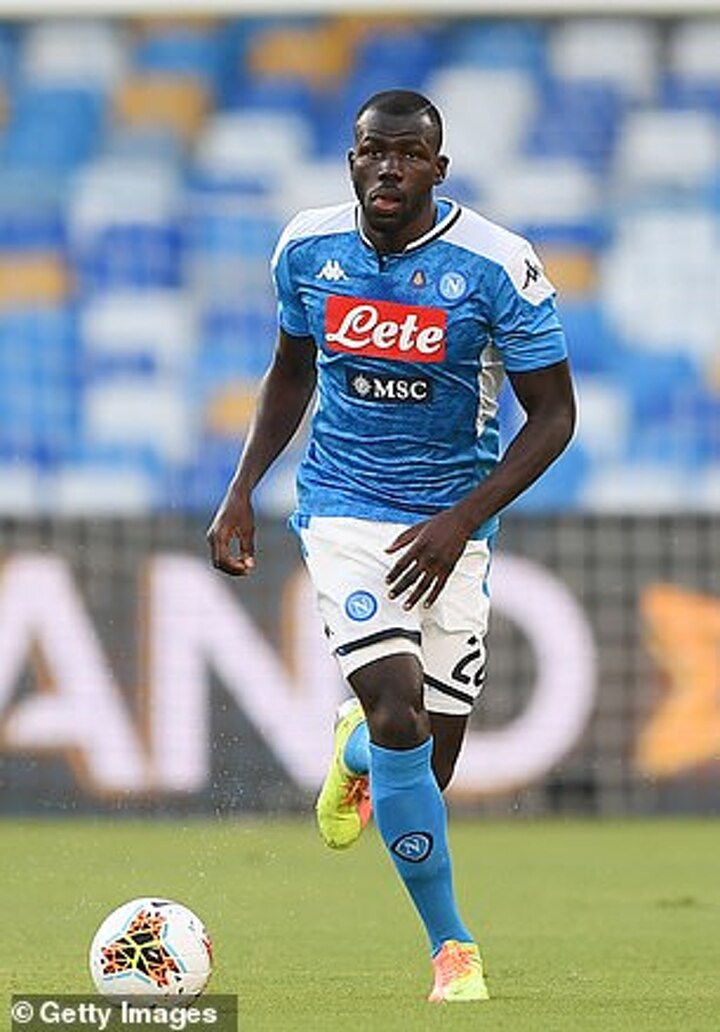 Genuine holding midfielders are important against top opposition, particularly in the Champions League. United have Scott McTominay and Nemanja Matic but may still fancy an upgrade given that Fred, Pogba and Van de Beek are different types of players, more forward looking.

United would be interested if Chelsea gave them encouragement to sign N'Golo Kante. Solskjaer needs his own Casemiro, the Brazilian that Zinedine Zidane introduced at Real Madrid to provide midfield steel and allow his Galacticos to play. Matic is 32 and unlikely to play 50 or 60 games a season.

The other interesting spot is at right-back where Diogo Dalot looks out of favour. Aaron Wan-Bissaka is a reliable one-on-one defender but United could do with a more progressive alternative when they have to open up at Old Trafford, someone like Norwich's Max Aarons.

What is clear is that Van de Beek must be the start of United's transfer business, not the end.

'It's going to be an important window, definitely,' says Solskjaer. 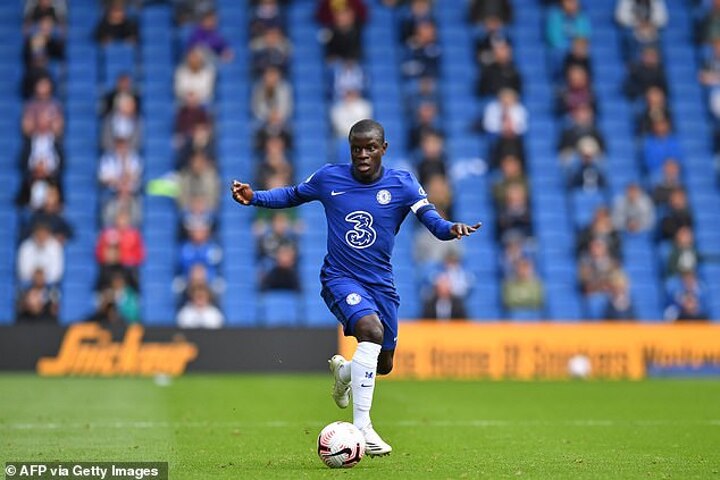 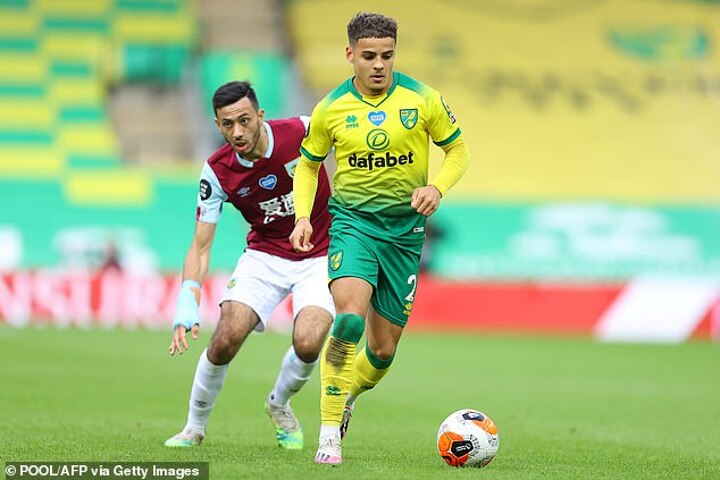