Diversity in football is not just an equality issue, it is about maximising the talent available. Adam Bate speaks to black coaches and administrators at home and abroad to discover the extent of the problem and the benefits that will be felt if it can be addressed… 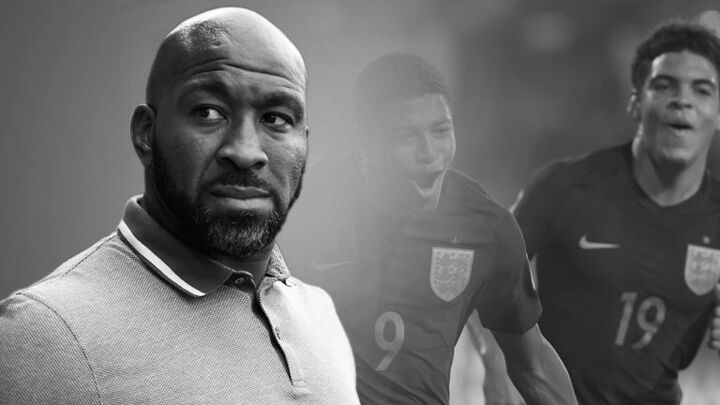 When England beat Switzerland on penalties to finish third in the Nations League in June, seven of Gareth Southgate's starting line-up that afternoon were from black and minority ethnic backgrounds. In other words, the majority. And yet, the vast majority of coaches in English football are white. That disconnect is much discussed but it is yet to be addressed.

The debate tends to centre on the coaches and why the situation is unfair on them. There is plenty of chatter about the need for fairness and how to provide better opportunities. What is too often lost is that the current state of affairs is also unfair on the players themselves. In particular, those black players being robbed of an authority figure who looks like them.

Marvin Robinson is a former Premier League footballer who now works on the FA's regulatory commission, ruling on matters of racism and many other aspects of the game. He speaks articulately and passionately on the subject of race and is acutely aware of the double standards that exist when discussing how white and black players are perceived. 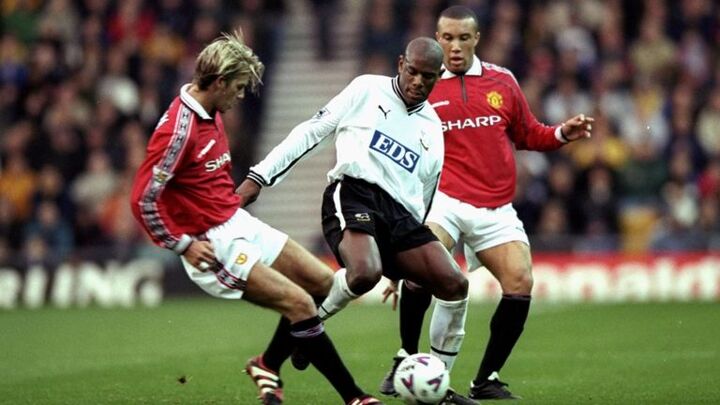 Robinson has fond memories of his time at Derby County and, particularly in hindsight, recognises that he was fortunate to work with some quality operators. Steve McClaren was his first-team coach, Eric Steele worked with the goalkeepers and Steve Round was with the youth team and reserves. All went on to Manchester United. But another coach stood out.

"Dane Farrell was our fitness coach," says Robinson. "He was the black coach. He wasn't in the technical or tactical role, he was in the physical role. The unconscious bias tells you that black people are tremendous athletes. It is easy for you to envisage that, whereas there is not really a template for the black sporting director or the black chief executive.

"In my career, I had role models and father figures, whatever you want to call them, who understood me and Dane Farrell was one of them. It is no coincidence that he was black. There was more of a connection there. I could discuss issues better with him than with anybody else because he understood culturally where I was coming from."

Farrell's presence helped Robinson as a young player but he was a rarity. Even now, Darren Moore is one of the few black managers working in English football. He senses that black players do respond to him differently. "You might not even notice it because it might not be outwardly obvious," he tells Sky Sports. "But it's just a natural reaction." 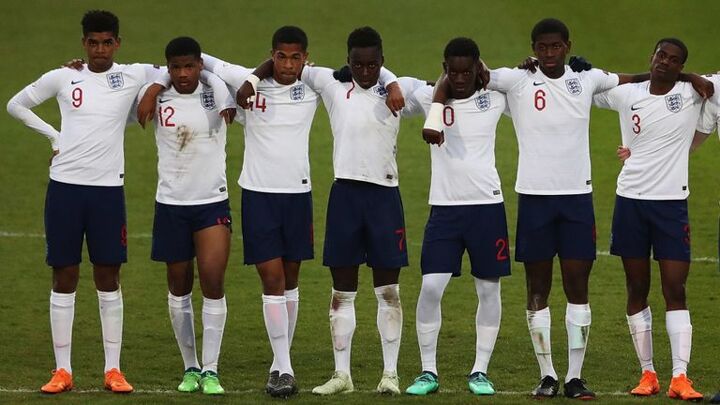 Few would dispute that it would be advantageous for young players to bond with their coach, but establishing the material cost of not having this bond is trickier to assess. What if talent is being lost to the game because there are misunderstood youngsters who never did find that mentor? It is a miserable thought but it seems inevitable.

"There is definitely talent being lost," says Robinson. "Look at this thing about black players being late for training. Why is that? It is easy to say that they are late but let's look at why it is happening. Do people know what support they have underneath? It may be that there isn't someone to drop them off and pick them up for every training session.

"It may be that they are making their own way and having to be more independent and that is causing lateness. There are many factors and without empathy you are not delving deep enough into the issues. You need coaching staff who empathise with that better because they either come from the same cultural dynamic or they just understand the issues.

"Look at a player like Ravel Morrison. I don't know him but I have read about the problems that he has had with the people he is surrounded by. There may well have been nobody who understood. They may have heard of the area and thought it was a difficult area to grow up in but would there have been anyone there who really lived through it like him?"

What is the solution?

At Ajax, so often at the forefront of innovation in football, the introduction of the Cruyff plan within the club's academy helped to make a difference in this respect. It was designed to disincentivise those coaches who focused on results rather than player development but it was also implemented to ensure that no youngster would have their progress stifled.

A bad relationship between player and coach could write off a whole year. Ruben Jongkind, one of those responsible for instituting Cruyff's vision at Ajax, explained the thinking behind the change and how it proved helpful with one coach, in particular. "This way you exposed more and more coaches to the same players," Jongkind told Sky Sports in 2017.

"Before this, if a coach had been a striker, he could look at a player in a certain way. Another might look at them in a very different way. One coach might be very attuned to behavioural issues and another not so much. There are always situations where a coach does not like a player and does not pay them enough attention. Changing coaches regularly avoids this.

"For example, Brian Tevreden was really good at seeing the potential and understanding the backgrounds of those players from the worst backgrounds in Amsterdam. Other coaches could not handle this problem. So it may be that some players struggled under others but then under Brian, they played very well." 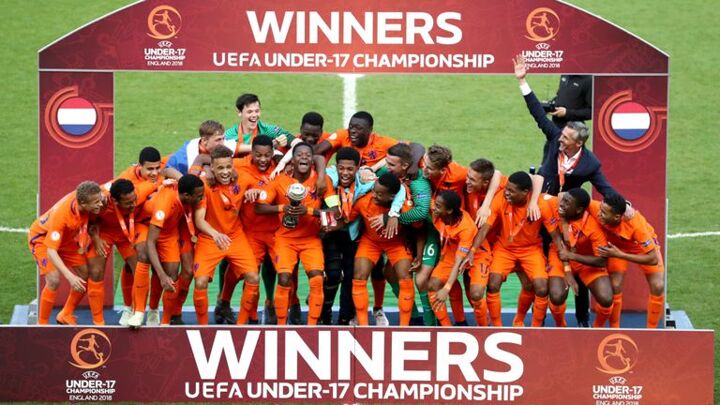 While some might bristle at equating those from the 'worst backgrounds' with race, there is no denying that black youths are disproportionately socially disadvantaged in society. Tevreden came through that experience himself and used it to his advantage to foster strong relationships with the young players in his care. It helped them fulfil their potential.

"My background is that I had a single mum raising four children with two jobs," Tevreden tells Sky Sports. "I came from that background so it was easy for me to understand why a player would sometimes come late to the training ground or be struggling in school or have no money. Sometimes they do not have the support they need from home.

"When a coach clashes with a player who is insecure, the player will not develop. Some would shout and scream but I would take them to one side to discover the reason. They might go away for three days but eventually they will tell you their story. I would explain my background so they knew I would understand. If you have that relationship, you can help.

"What I did at Ajax is that I did more than just focus on developing players on the pitch. I looked at what was happening away from the training ground and what was happening behind the scenes, what was going through their minds. I built a relationship with the players and also with the parents. That is the most important thing.

"If they do not feel safe at home or they are struggling at home they will not develop at the training ground because they will not be free in the mind. I had a relationship of trust with the players so that if they did not feel able to talk to their parents they could talk to me. The result was that we managed to help them develop and that was great to see."

Efforts are being made to ensure there are similar role models in the English structure too. Since 2017, the Rooney Rule has been applied to coaching roles within academies and it has been embraced by those who appreciate the need for an increasingly diverse group of youngsters to have leadership figures with whom they can more easily identify. 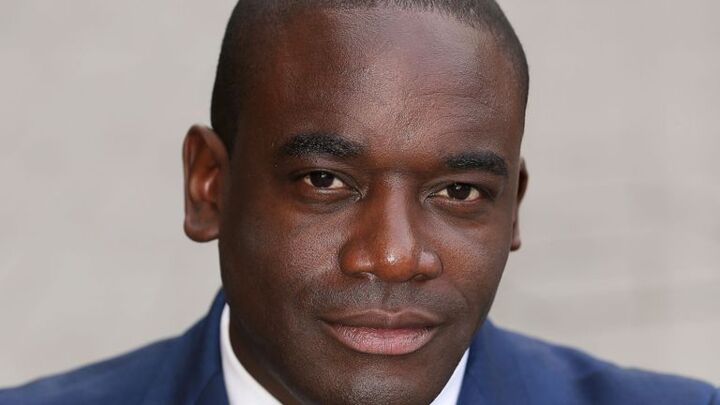 Thirteen of the 21-man England U17 squad that won the 2017 World Cup were from black and minority ethnic backgrounds. The country will need to do all that it can to nurture that talent and maximise the vast potential of these young men. Opportunity is a huge part of that, something that's often discussed, but there are other ways of supporting them too.

Extending this diversity to senior level is equally essential because the challenges do not end in adulthood. The undue scrutiny on Sterling is a reminder of the pressures. PFA trustee Garth Crooks called it a "dereliction of duty" to black players that there was no black coach on the England staff at last year's World Cup. That oversight is unlikely to happen again.

The FA is taking the initiative to increase the number of BAME coaches by providing meaningful experience to qualified individuals with the national team setup. Since the World Cup, Paul Nevin, then first-team coach at Brighton, came in to assist Southgate for the games against United States and Croatia in November.

Sol Campbell, Iffy Onuora and Terry Connor, now with Ireland, all had stints working alongside Aidy Boothroyd's England U21 side and the commitment was extended into the 2019/20 season. Chris Powell will assist Southgate's senior side, Michael Johnson will work with Boothroyd. There are also roles for Jason Euell, Marcus Bignot, Omer Riza and Matthew Thorpe.

The focus is on helping coaches but there is a growing realisation that players are being helped too. The country is being helped. "You have a lot of diversity on the pitch but you do not have a lot of diversity among the coaches," observes Tevreden. "That is a little bit strange to me." It is strange. For the sake of coaches and players, addressing it is long overdue.