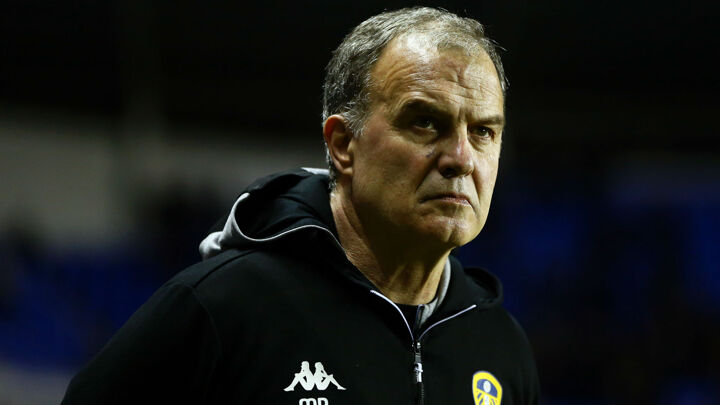 Marcelo Bielsa says he would consider staying on as Leeds United head coach despite their agonising defeat to Derby County in the Championship play-off semi-final.

Bielsa has been reluctant to discuss his future in recent weeks amid rumours the Argentine could quit after just one season in charge.

That speculation increased after Wednesday’s defeat at Elland Road, which saw Derby overcome a 1-0 first leg deficit and seal their place in the play-off final against Aston Villa later this month with a 4-2 win.

Bielsa was typically coy when he was again asked about his future after the game, but admitted he was open to the idea of staying on in West Yorkshire.

"As you can imagine, it's not convenient to talk about that point now,” the 63-year-old told a press conference. “You know about this process, that's why I'm talking about it. If the club offers me the possibility to carry on I will listen to this proposal."

Bielsa also admits he shares the “pain” felt by his players after missing out on the Premier League despite looking set for automatic promotion for much of the campaign.

Leeds were three points clear in second a month ago but took just one point from their final four regular season matches, allowing Sheffield United to pip the Whites to automatic promotion.

They recovered to beat Derby 1-0 in the play-off semi-final second leg on Saturday but despite an early goal in the second leg from Stuart Dallas doubling their lead, contrived to allow the Rams back into the game and lose 4-3 on aggregate.

“You just have to accept the pain. I feel very sad first of all for the players,” he added. “I don’t think that there’s someone who feels more pain than our players.

“And I also feel sad for the pain of the fans because I know it’s a big pain. This is a responsibility that I have to assume. We are very disappointed.

“It’s not necessary to analyse. The natural thing in the first half is we should have finished with two goals more, but we finished with a draw and in the second half it’s a game that broke immediately.

“The chances of the opponent ended in goals and our's not. It’s meaningless explaining that we had as many chances as the opponent in the second half and in the first we had more chances and should have made a difference.”