"I think you get judged against the game now. What are you doing against the norms of the game? I’m not really bothered. Why should football teams only play one way? They simply won’t because not everyone can do the same thing." – Sean Dyche 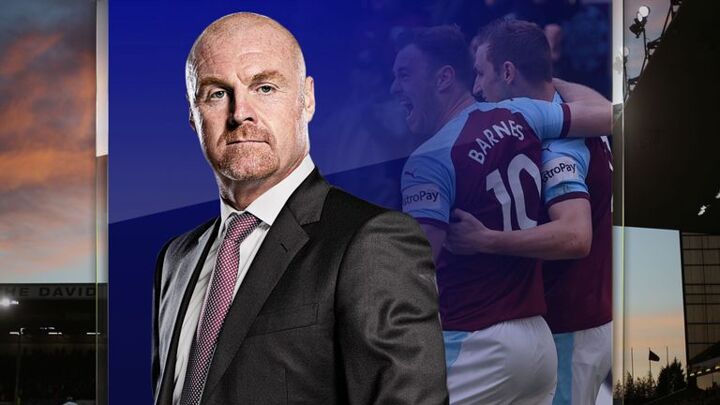 The Burnley boss has long faced criticism of his team's style of play. For a while, he railed against it. Now, he appears to have accepted it. But as his comment about 'the norms of the game' suggests - it is misleading to claim that not everyone can do the same thing. There is a growing feeling in the Premier League that almost everyone else is doing just that.

It was the subject of a recent discussion on Monday Night Football about the trend for teams to take their goal-kicks short rather than knock the ball long as was once customary. "Any manager now, whether they believe in playing like this or not, I think they'll feel forced," said Gary Neville. "If you don't play out from the back you'll be labelled a dinosaur."

It is a risk that Dyche is prepared to run in the hope of continuing to overachieve with Burnley. The season was only five games old when goalkeeper Nick Pope became the first player to hit 100 unsuccessful long passes this season. Nobody else had hit 80 at the time. So far this season, Pope has hit 89 per cent of his passes long - more than anyone else.

The England international has not gone rogue here. It is part of the plan. Burnley play by far the highest percentage of long passes of any team in the Premier League - 23.5 per cent in total. The most by any other team in the competition is 19.6 per cent by newly-promoted Sheffield United. There is a marked difference in approach between Burnley and the rest.

Dyche is entitled to feel it is working for them. Ashley Barnes found the net four times in the first three games of the season, partnered in attack by the similarly robust Chris Wood. Both men are among the top six forwards in the Premier League for aerial duels contested. It is a problem many top-flight defenders have become unaccustomed to having to solve.

Delve deeper and the style contrast becomes even more apparent. When it comes to pass sequences of 10 or more - the bread and butter of most teams' build-up play - Burnley are bottom, having strung that many passes together only 20 times. All but two teams have more than double that. Five teams have already brought up a century of such sequences.

The Clarets were the last team to muster a shot from one of these passages of play, and have still only done it twice. But it is simply not how Dyche wants them to be fashioning their openings. The advanced metrics reveal that Burnley have the least width per sequence of any team but they progress quicker up the field than all but one team from their sequences.

It has its advantages. By looking long from their own defensive third, Dyche has removed much of the risk from Burnley's game. They have conceded by far the fewest number of high turnovers of any team in the Premier League. Opponents cannot win the ball off them in their own third because Burnley do not attempt to keep the ball in their own third.

Such is the ubiquity of the passing and pressing game, there is also a benefit to Burnley's uniqueness from an attacking point of view. In a game where everyone else is pressing high, they are able to completely negate that. Indeed, not only are they not conceding chances from high turnovers they are looking to punish the high defensive line of their opponents.

That was a major criticism of Arsenal in the early part of the season when Unai Emery's side continued to pass out from the back against Liverpool and Watford - two teams well known for their high pressing. The space for Arsenal was upfield, behind the opposition press, where they had quality forwards in one-on-one situations but did not exploit it.

Dyche once summed up his approach to the challenge of scoring a goal with a simple golf analogy. "If you can get it from here to the hole in less shots than everyone else, that's what it's all about," he argued. "The idea of football is to try to win. You work backwards from winning. But win you must. You have to do what you do to win."

He knows it would be easier in some ways to go with the flow. But despite his insistence that there are "no rights and wrongs to football" and him pointing out that he would never say it was a disgrace that Manchester City pass so much, another remark on the subject was revealing. "All managers would love to play 600-pass football and win all the time," he said.

Instead, Dyche has decided that his Burnley team cannot do this - and because they cannot do it he has a duty to make sure they do not do it. He takes his responsibilities too seriously to do anything other than what he feels is optimum for his side. "If I went to a different club with different skill sets, trust me, I'd play a different way," he has said. A true pragmatist?

What is fascinating nevertheless is that Dyche is the only man to reach his particular conclusion on how to win. Do others see it differently or is Neville right that they feel pressured into the kind of groupthink that encourages them to play into the hands of the biggest clubs. Perhaps Dyche is just the only coach willing to follow his logic through.

And what of those who watch it? Burnley fans are far from humourless and enjoy chiding the opposition for "anti-football" - the accusation once levelled at their side by David Luiz - whenever an opposition team hits the ball long or cynically prevents a counter-attack. They are acutely aware of the perception. They do not always like to be reminded of it.

As a result, some will continue to feel that any criticism of their style is unjustified. They will look not to the 134 of their 160 Premier League games in which they had less possession and instead to a smart finish by Barnes or a clever one-two by Dwight McNeil. Perhaps they should just embrace it all though. For the evidence is clear. Burnley's football is now unique.