Holders Bayern Munich face Lazio in Rome in the round of 16, while Atlético Madrid won't have home advantage when they take on Chelsea. 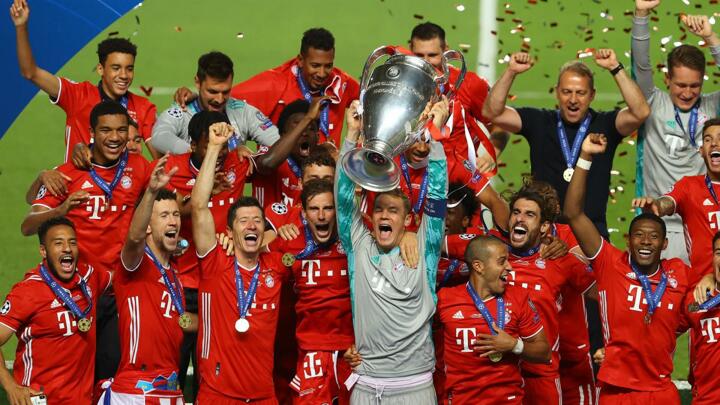 Bayern Munich will look to move another step closer to retaining their Champions League title when they face Lazio on Tuesday, while Atlético Madrid and Chelsea go head to head in Bucharest.

Bayern cruised into the round of 16 as Group A winners, claiming five victories and a draw in six games, and will be expected to knock Serie A side Lazio out, although they will arrive in Rome on the back of a 2-1 defeat to Eintracht Frankfurt.

Lazio and the Bundesliga leaders will lock horns at Stadio Olimpico in the first leg, but there will be no home advantage for Atleti when they take on Thomas Tuchel's Chelsea.

Coronavirus-related travel restrictions meant the game was moved to the National Arena in the capital of Romania, which Tuchel believes will give his side an advantage.

We used Opta numbers to preview the two clashes:

Atlético Madrid vs Chelsea: Suárez not yet off the mark

If history is anything to go by, it could be difficult to pick a winner in this tie as the two sides have won two apiece and drawn three of their previous European games - scoring 11 goals each.

Atleti have reached the knockout stages of the Champions League for the seventh time in the last eight seasons. Chelsea will attempt to progress past the round of 16 for the first time since the 2013-14 campaign, when they lost to Diego Simeone's men in the semi-finals.

Luis Suárez has never failed to score or deliver an assist in a Champions League season – this is his eighth campaign in the tournament. The striker has not scored or laid a goal on in his four Champions League games for Atleti.

Chelsea striker Olivier Giroud found the net every 28 minutes on average in the group stage this term (five goals in 142 minutes), the best ratio of any player to score more than once.

Among the goalkeepers to play at least three Champions League games this season, Chelsea's Edouard Mendy has the best save percentage in the competition (94 per cent), only conceding from one of the 16 shots on target he has faced.

Lazio vs Bayern Munich: Holders out to complete another Italian job

Lazio have only lost one of their six Champions League matches against German opposition (W2 D3) and remain unbeaten at home.

However, Bayern are unbeaten in their previous five Champions League away games against Italian sides (W3 D2). Their two visits to Stadio Olimpico in the competition have produced 13 goals, including a 7-1 victory against Roma in October 2014.

The Bavarian giants have reached the knockout stages for the 13th consecutive season; only Real Madrid (24) and Barcelona (17) are on longer runs.

Bayern have also won 16 of their past 17 Champions League games (D1), with an overall goal difference of +48 (61 goals for, 13 against) – that is four more wins than any other side over that period (Paris Saint-Germain have won 12).

Robert Lewandowski has 31 goals in 33 Champions League appearances since the start of 2017-18, more than any other player – Cristiano Ronaldo is second with 29 in 34 outings.