Chelsea fans were left fuming during Saturday's FA Cup final, after Arsenal goalkeeper Emiliano Martinez appeared to lose all sense of his surroundings and handle the ball outside the area. 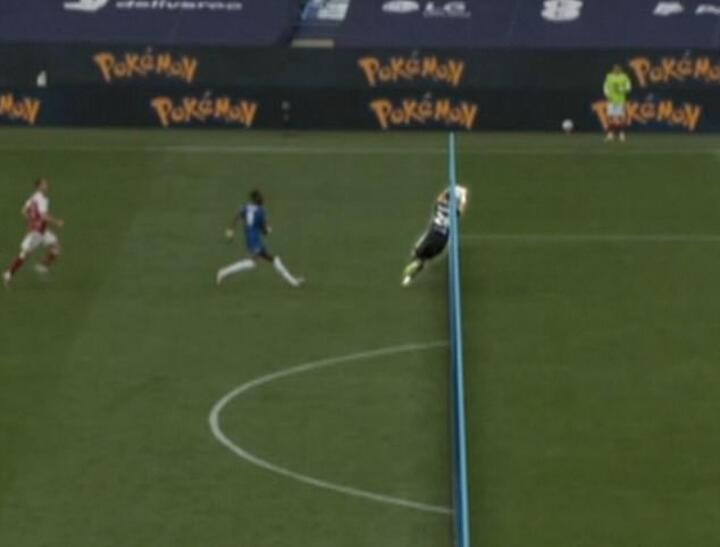 As time was about to tick into the 80th minute, a long ball over the top saw Arsenal's Argentine stopper rushing out from his line.

The Gunners were holding a 2-1 lead when Martinez made contact with the ball using his hands, causing immediate uproar due to the majority of his body being visibly outside of his area.

On the touchline Chelsea boss Frank Lampard and his staff were up in arms, while Blues fans around the world vented their anger on social media.

The situation was made worse by a lack of replay opportunities allowed by the broadcasters in the immediate aftermath, as play continued at Wembley.

Fans therefore were left to stew on the mystery and became increasingly irrate as a result, convinced a penalty should have been given.

The Video Assistant Referee (VAR) system did however examine the incident, and used line marking to determine that the ball remain inside the goal area despite moment taking Martinez's body outside.

Referee Anthony Taylor had made the correct decision, though that did not stop supporters online from unleashing their fury via social media. 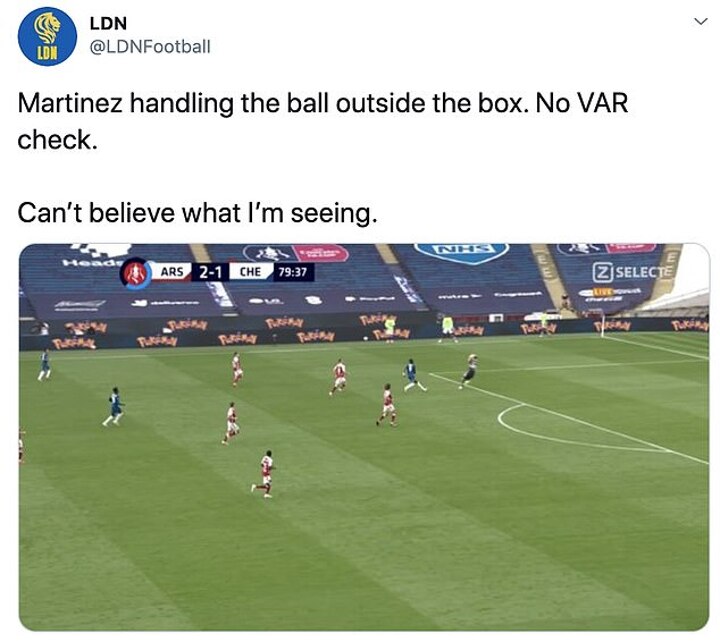 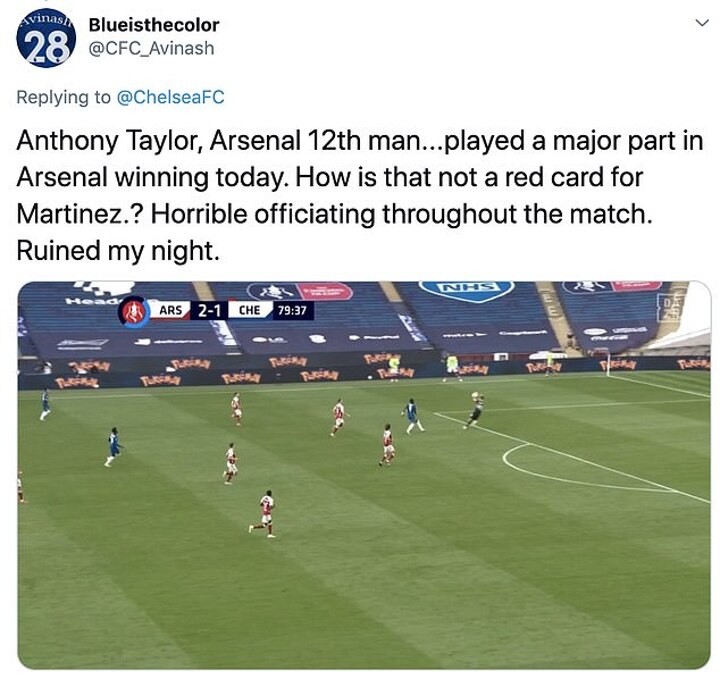 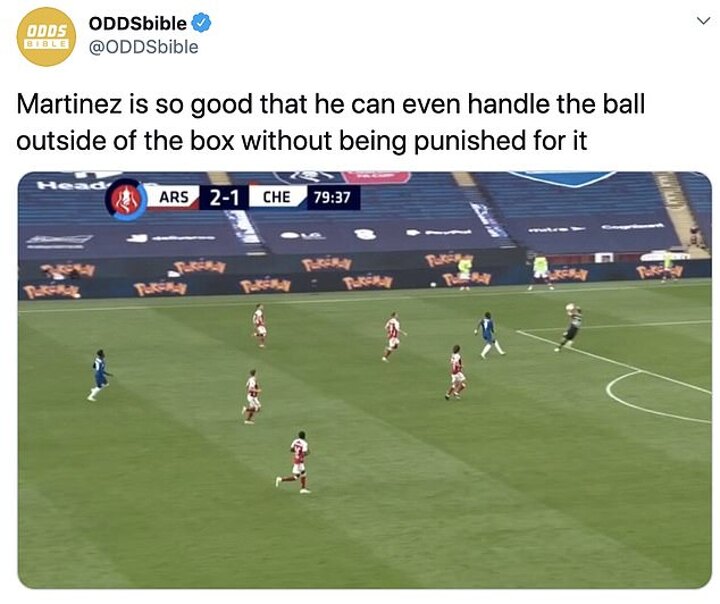 One Chelsea fan took to Twitter to write: 'Martinez handling the ball outside the box... can't believe what I'm seeing.'

Another angry fan added: 'Not one replay of that Martinez handball. They know, everyone does,' bizarrely suggesting that those involved knew it was a penalty but would not award it against Chelsea.

Even some Arsenal fans were getting nervy, with one Twitter user conceding: 'Martinez is very lucky there.'

Arsenal went on to see out the 2-1 victory to be crowned FA Cup kings for a historic 14 times.

The Gunners have won the famous trophy more than any other football club, and Martinez couldn't contain his emotion at the final whistle. 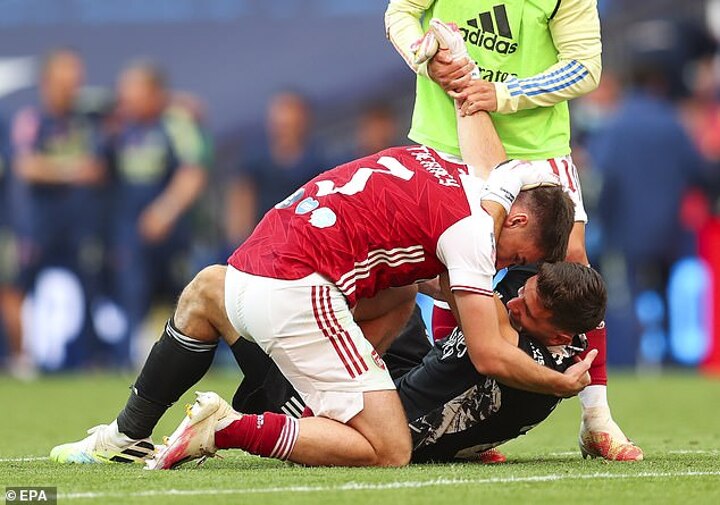 Despite being at Arsenal for a decade, a series of loans around the world has meant the Argentine has never been a first choice starter for the club.

After playing a role in guiding the side to silverware, Martinez broke down in tears at the final whistle and could not keep his composure when interviewed at full-time along with match-winner Pierre-Emerick Aubameyang.

'I told him [Aubameyang] he was going to win us the trophy, as he is captain,' before being overcome with tears and allowing his team-mate to finish the live questioning.