Chelsea are reportedly ready to lodge a bid in excess of £40million bid for Declan Rice - and believe West Ham are desperate for the funds. 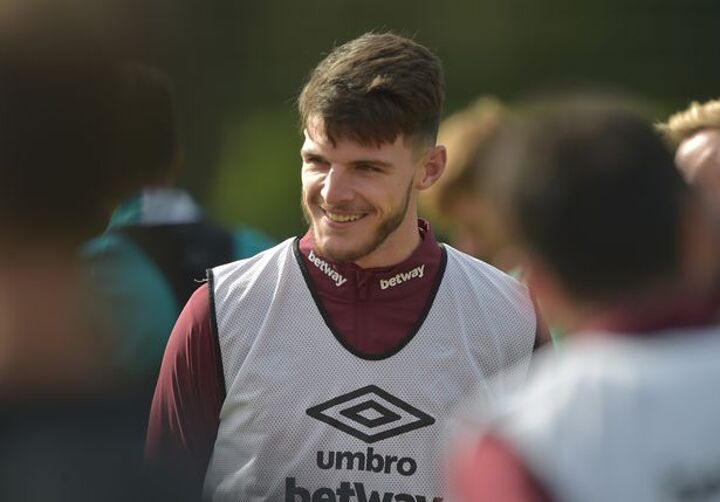 Rice has been a long-term target for Frank Lampard who wants to add to his midfield options before the window shuts.

The Hammers are adamant the England star is not for sale, but the Blues are confident the amount they are willing to bid will be enough to secure his signature, report The Sun.

West Ham co-owner conceded the 'limited funds' at the club's disposal has led to him getting 'more depressed' over West Ham's lack of summer business.

He told talkSPORT: "I cannot say for sure we are going to sign anybody. We haven’t got the money.”

Skipper Mark Noble led the backlash after the Irons cashed in on youngster Grady Diangana earlier in the window, accepting an £18million bid from West Brom.

There are no such cash-flow issues at Stamford Bridge, with Chelsea already shelling out £200million on transfers this summer including Timo Werner, Hakim Ziyech, Kai Havertz and Edouard Mendy.

But Lampard still wants to add Rice, who is a childhood pal and international teammate of Blues midfielder Mason Mount.

Rice's position in front of the back four is regularly occupied by Jorginho, who has been linked with a move across London to Arsenal.

The 21-year-old was released from Chelsea's academy as a 14-year-old and has made 112 appearances for the Hammers in all competitions so far, scoring three goals.

Rice played in three friendlies for the Republic of Ireland having progressed through the youth ranks in the Irish system before switching allegiances to England, for whom he has now played nine times.