All the information you need to know on how and where to watch Chelsea host Real Madrid at Stamford Bridge (London) on 5 May at 3pm EDT / 9pm CEST. 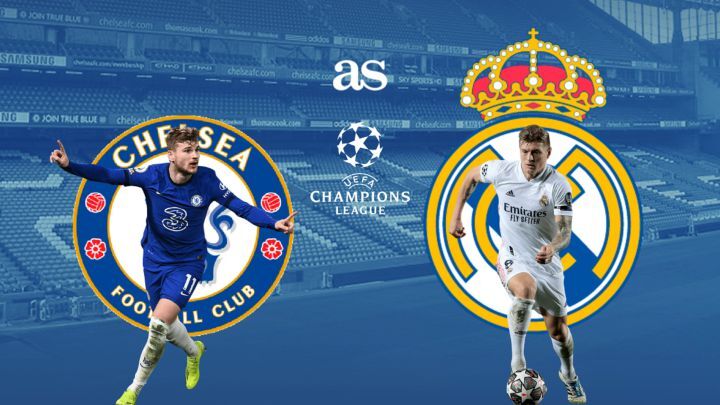 Chelsea and Real Madrid both have 90 minutes to win their ticket to the Champions League final in what promises to be a tense and hard-fought game at Stamford Bridge. Man City await the victors.

After a 1-1 draw in their first meeting at the Estadio Alfredo di Stefano last week, it's anyone's guess who'll go through. Christian Pulisic became the first USMNT player to score in a Champions League semi-final with the opener, but that was cancelled out by a Karim Benzema finish.

Real need to find the back of the net

The Frenchman’s goal is the only one the Blues have conceded in their last five games across all competitions. Zinedine Zidane’s men will need to score again, however, if they want to book a spot in the final and even if Chelsea have improved their game and strengthened their defence with Thomas Tuchel, they are not unbeatable at home, as West Bromwich Albion proved last month.

But at the same time, Chelsea have impressed in European competition: their defeat to Porto in the second leg of their quarter-final tie their only loss this season and they are yet to concede more than one goal in a single game in the 2020-21 tournament.

Chelsea against the 'Zidane factor'

Real Madrid do have reasons to be optimistic: the three times that Zidane has overseen a Champions League semi-final, his side have progressed. Only Marcello Lippi, Carlo Ancelotti and Sir Alex Ferguson have reached the final more times.

The Spanish powerhouse, who are sitting second in the LaLiga standings, won’t be able to call upon Dani Carvajal and Lucas Vázquez, while Benzema and Vinicius are likely be the chosen ones up front. Chelsea, who are in fourth position in the Premier League table, won’t have Mateo Kovacic and will possibly play with Mount, Pulisic and Havertz in attack.

What time does the Chelsea vs Real Madrid match start?

The 2020/2021 Champions League semi-final second leg between Chelsea and Real Madrid will be played at Stamford Bridge (London) and will kick off at 3pm EDT on Wednesday 5 May 2021.

Find out what time Chelsea vs Real Madrid gets underway where you are in the world.

Is the Chelsea vs Real Madrid game online?

Chelsea-Real Madrid is available in most nations through the rights holders’ online platform, if they have one. The best option is to check who is showing the game in your country and if they have an online service or iOS/Android app to watch it on.

For example, CBS Sports Network has the rights of the Champions League for the US and you can watch the games on CBS All Access.