Gareth Southgate has come out in strong defence of Harry Maguire and revealed he is willing to stake his own reputation on selecting the centre-back for England. 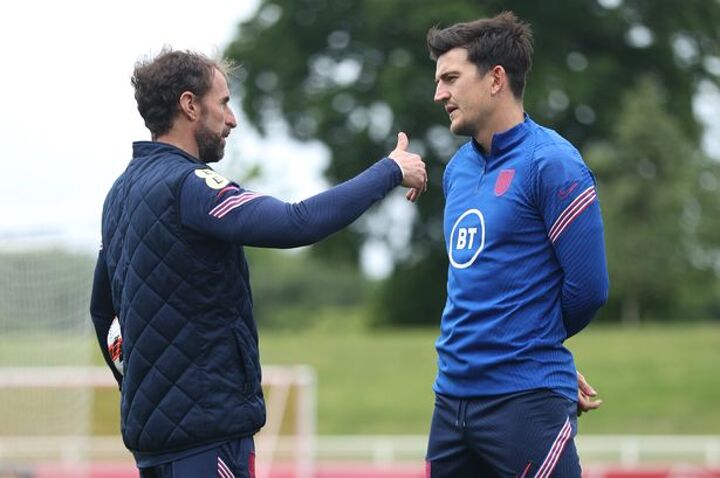 Manchester United captain Maguire's poor club form has continued this season after he put in two disastrous performances in the opening defeats to Brighton and Brentford. Erik ten Hag has dropped the centre-back for the four Premier League matches that have come since and United have won all four.

Raphael Varane and Lisandro Martinez' blossoming partnership in the heart of defence means a route back into the starting XI is looking hard to come by for Maguire, but that hasn't put his place in the England squad in any doubt. Despite his struggles for United, Maguire has remained a key player for the Three Lions and was pivotal in last summer's run to the Euro 2020 final.

He is expected to start in England's Nations League clash with Italy tonight (Friday), their penultimate game before the World Cup, and Southgate has come out batting for one of his most trusted players. “Whatever reputation I have I’m putting it on there," Southgate said. "I think, look, you always have to back your judgement and we feel he is an important player.

“I haven’t felt the need to speak to him any differently to the rest of the players. I try and pick up individually with them all, that’s been a bit more complicated this time because we’ve got 28 so I’m getting there!

"Look, he understands that he’s at a big club, big transfer fee and captain of the club so I think that’s why the spotlight has been on him more. But he’s got to and is focused on training well every day and getting himself back in the team."

“He is our most dominant aerial centre-back. Him and John [Stones] are incredible with the ball really – the amount of pressure they have taken for the team in tournaments we have played because we don’t always have that midfield pivot player who can progress the game. It means there is a huge amount more pressure on our centre-backs to use the ball well and those two are as good as any in world football at doing that.”