Raphael Varane would probably be the first to admit last season didn't go entirely according to plan. 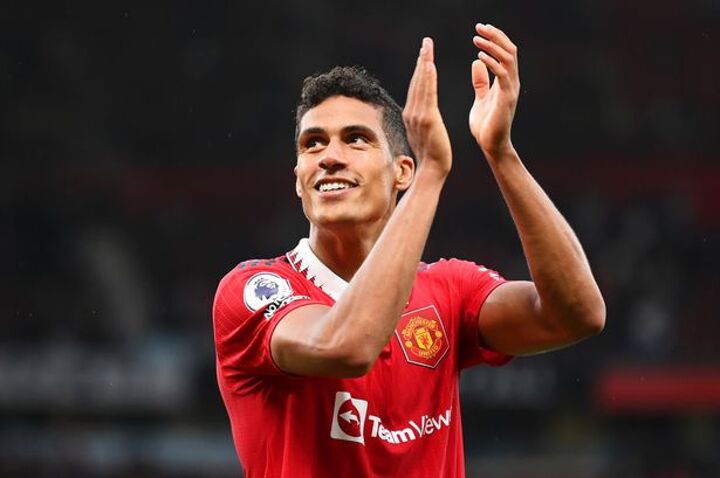 The French World Cup winner arrived at Manchester United a year ago with a big reputation. He'd not only won the grandest prize of them all with his country, but was a serial trophy-winner from a decade spent at Real Madrid.

But a series of niggling injuries, as well as illness, interrupted his flow of games as the team posted a below-par sixth-placed finish in the Premier League.

This summer United's new boss Erik ten Hag placed Varane on a bespoke training programme in order to address those individual issues - and so far the 29-year-old has repaid his manager with some accomplished and classy performances.

His partnership at centre-half with newcomer Lisandro Martinez has a nice look and feel about it, even if it means skipper Harry Maguire is having to twiddle his thumbs on the bench.

The steel of Martinez has so far intertwined well with Varane's silk, and five wins from five starts together perfectly encapsulates that.

Whisper it quietly, but the Frenchman is slowly but surely coming good on his promise.

Speaking after his unveiling, a year ago this week, the 29-year-old said: "I want to be better. I want to improve. I want to push myself. This is a new challenge for me - a different competition, a different mentality, a different atmosphere. It's all new for me but I've enjoyed every day so far.

"It's a big challenge to get Manchester United back to the top but I feel people want to win, people want to do great things with this club, and that's a big motivation for me."

If Varane's partnership with Martinez continues to thrive, it should provide the bedrock of an exciting new dawn for United.