A leading Russian football WAG has spoken of her terror as her family of five are all hit by coronavirus at the same time. Maria Pogrebnyak-Shatalova, 31, told how her husband - former Fulham and Reading striker Pavel Pogrebnyak - and their three sons all contracted Covid-19.

The lifestyle and fashion guru announced she has also now succumbed.

'My husband is in hospital, he is receiving treatment,' she said.

The 36 year old player is suffering from 'bilateral pneumonia', she said, as his current club Ural Yekaterinburg confirmed he had been diagnosed with Covid-19.

She believes he picked up the infection after Russian players restarted training.

She suspects he became infected on a plane en route to his club's training camp.

His temperature soared, she said.

'My husband went to team training in Yekaterinburg,' she said.

'He had no symptoms whatsoever, nothing was signalling trouble. 'When he got back and did a test and it showed Pasha (Pavel) to be Covid-positive.

She had their three sons Artyom, 13, Pavel junior, 11, and Alexey, eight, tested - and all were positive.

'The analyses were ready in a few hours,' she posted.

'The results are bad: their blood is infectious. Scary? Very. The children got sick. The pneumonia is developing very quickly.' 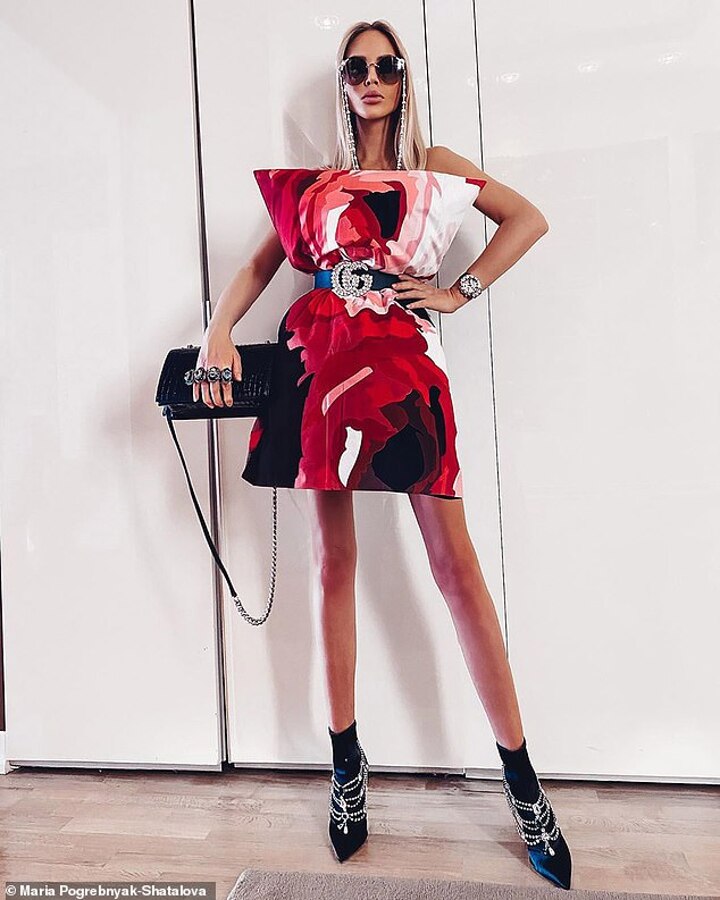 The blogger who also has her own clothes brand told her almost two million followers that she was the last of her family to be hit.

She said: 'My sense of smell disappeared, I feel absolutely nothing. It feels awful! Fatigue!

'I started having pain in my throat, it is impossible to eat, even to have a sip of water.'