Steven Gerrard insists he has no regrets about criticising his Rangers players after defeat to Kilmarnock left their title hopes in tatters. 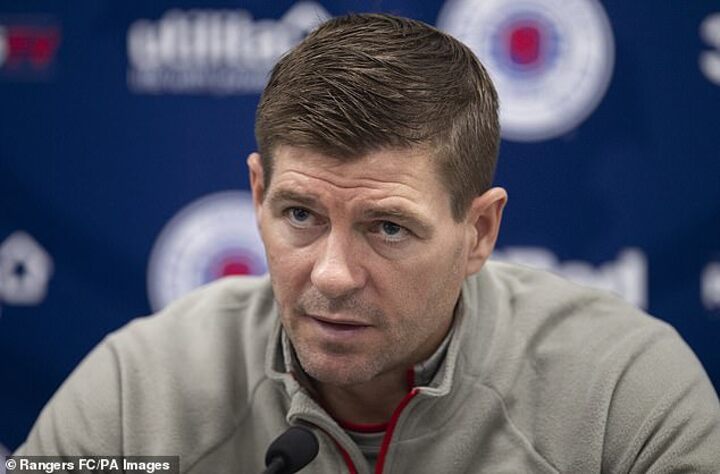 The Ibrox manager admitted his team 'failed to handle the heat' as they lost 2-1 at Rugby Park.

Gerrard also confessed his squad would face questions over their bottle after they surrendered a lead for the second time in three weeks, leaving them 10 points adrift of Celtic.

Pundit and former Hoops striker Chris Sutton claimed the former Liverpool skipper had 'chucked the players under the bus' with those comments.

But the Light Blues boss insists it is job to tell it like he sees it.

'My way of looking back at what I said is that I always try to be honest,' he said. 'I don't want to get in a situation where people don't believe me or it's not authentic.

'At the time, I felt like we'd really let ourselves down and I took responsibility for the group's performance on the night. So I have no regrets for what I said on the night.

'We've played ourselves into this position, not just on the night but since we've come back.

'I also have to speak to a fan base that is worldwide and I think they would want me to be honest, pointed and authentic in the way I speak.

'So I don't want to sit here and change me ways.

'My door is always open. If (a player) isn't happy then we can discuss it and analyse the situation.

'These players have had an incredible amount of praise and protection from me since day one and that will continue.

'But if I see things that I don't feel is right at that moment - good, bad or indifferent - I will always speak the truth. 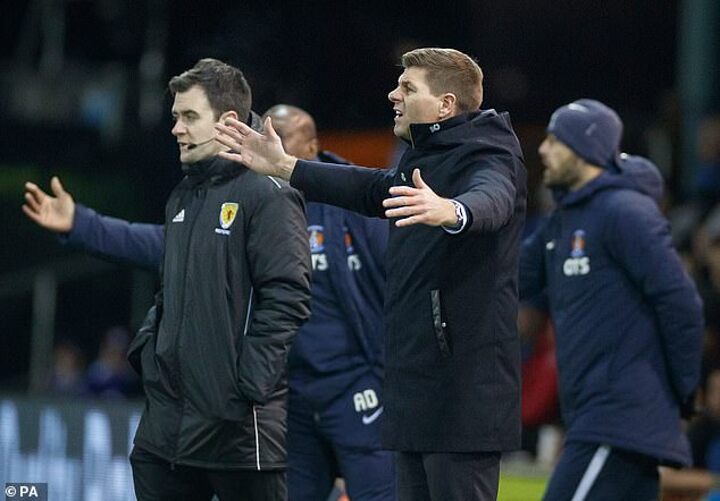 'Am I allowed to criticise my players? Is that not my job? So what's the problem? What would you have thought of me if I had said after the game, 'There is no problem here, it's all fine?'

'We're in a club where we need proper people that are prepared to win and to accept responsibility and accountability.

'That's what I want to do as a manager. Constructive criticism as a manager coming my way now is totally fine. I deserve it.'

Gers still have a game in hand plus two Old Firm derbies to potentially turn the situation around.

But a significant chunk of the Ibrox faithful now fear their bitter rivals are homing in on nine-in-a-row.

Gerrard, however, is refusing to throw in the towel has urged his team to start repaying the fans when they welcome Livingston to Ibrox on Saturday. 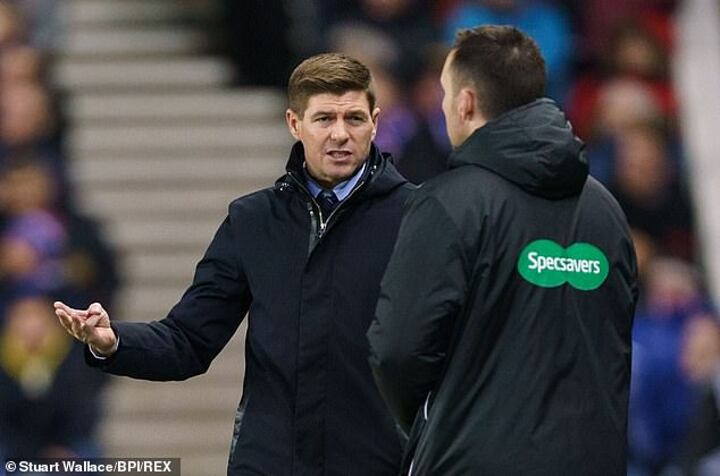 He said: 'Under my watch no-one will be giving anything up or conceding anything. We will continue to fight.

'But I have belief I have the right people with me to improve that and get back involved in that.

'I can't predict the future but all I can do is try to prepare the boys to win them all.

'The one thing I said to the players after Wednesday's game is that our fans never pick and choose. They are there in wind, rain, hail or snow.

'Austria, Russia, Dubai - wherever we go they are there. They don't pick and choose.

'Without doubt we all need to get our fans back happy. I think they deserve that.'