Manchester United may look like a squad, on paper, finally ready to challenge for the biggest prizes at home and abroad again. 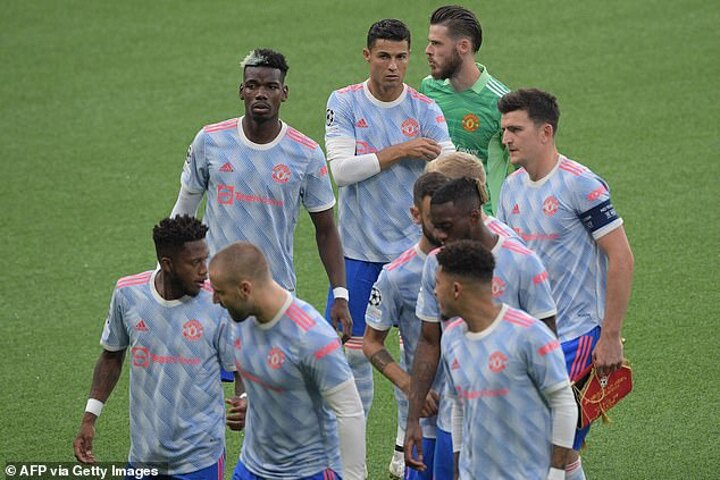 But Tuesday's shock Champions League defeat at Young Boys suggests Ole Gunnar Solskjaer's side still have much to learn despite now boasting experience up top and in defence with Cristiano Ronaldo and Raphael Varane respectively.

It is of course far too early to be writing off any team at this stage of the season but the Red Devils are still showing negative traits which have left them trophyless since Jose Mourinho helped them lift the Europa League in 2017.

Sportsmail looks at the biggest mistakes and faults under Solskjaer that United will need to address should they wish to end their trophy drought. 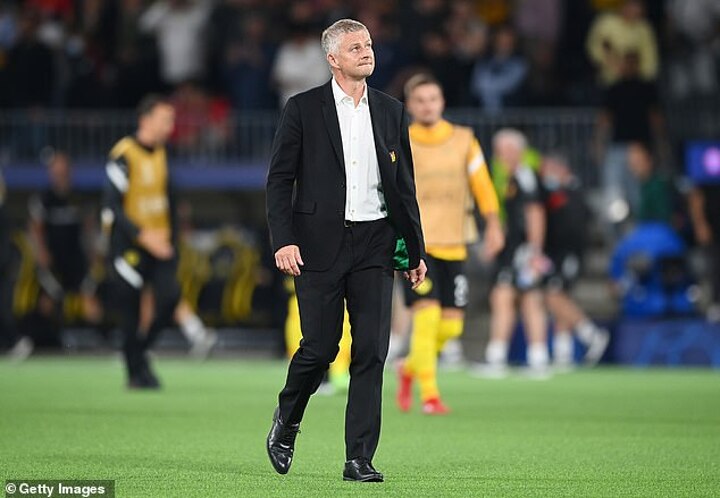 Following Aaron Wan-Bissaka's red card (more on that soon) Solskjaer had five opportunities to shuffle his pack and each change he made in Switzerland seemed to have a negative impact on his side.

While the decision to replace Jadon Sancho with Diogo Dalot to plug the Wan-Bissaka gap at right-back looked a sensible call, it left United void of any wide options in a four-man midfield consisting of Donny van de Beek, Paul Pogba, Bruno Fernandes and Fred.

With United 1-0 up at the time through Cristiano Ronaldo's early strike, this could have been forgiven. The idea for a more narrow shape to combat going down to 10 men had merit considering there was no need to attack.

But this soon became a problem following the next round of changes. Van de Beek, who was operating well in the centre was replaced by Varane as United went five at the back after half-time and it only reduced how effective they could operate in the midfield while also inviting pressure.

Once Young Boys equalised, Solskjaer then replaced key attacking players Ronaldo and Fernandes, replacing them with Nemanja Matic and Jesse Lingard. This left United with even less presence going forward and fewer options of an outball.

Perhaps realising United were now far too defensive, the final change saw Anthony Martial introduced for Fred, but with all the attacking momentum now with Young Boys, there was little chance of United creating anything apart from a one-man counter attack before Young Boys' stoppage time winner. 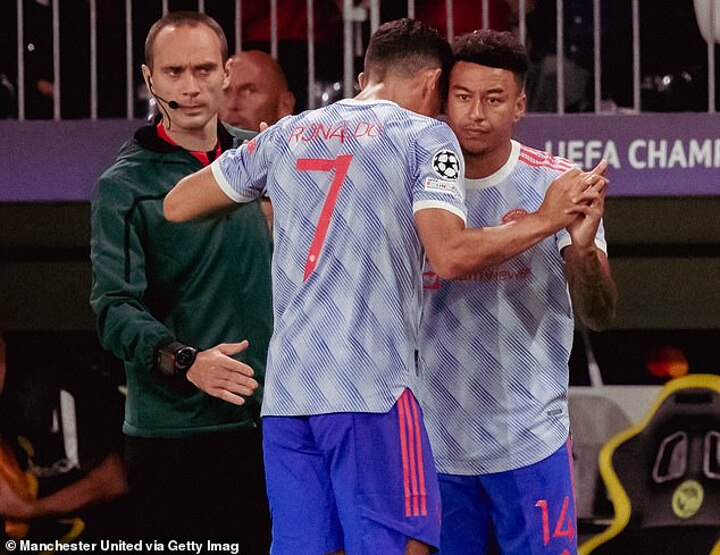 Unless it's a trip to Paris, United's away record in the Champions League under Solskjaer has been awful.

It all started so well under the Norwegian too in 2019, who in his first United trip abroad as manager masterminded his side to come from 2-0 down in a last-16 first leg to see off Paris-Saint Germain 3-1 and progress on away goals.

After again losing at Old Trafford in the quarter-final to Barcelona, 1-0, hopes were at least raised that they could pull off a similar comeback at the Nou Camp... only to be thumped 3-0.

Following a season in the Europa League, curiously, another win at PSG opened up their Champions League campaign last term.

However catastrophic defeats at minnows Istanbul Basaksehir proved costly as in a clash at RB Leipzig on the final match day to seal progression, they only had to avoid defeat.

They were a goal down inside two minutes and 2-0 down before 15 minutes had passed. After then falling 3-0 behind with just over 20 minutes to play they left themselves with far too much to do to steal the draw they needed to reach the last-16 despite bagging two late goals and applying late pressure. It was another failure on the road.

The Young Boys defeat on Tuesday is just another example of their poor record on the road in Europe and it is something that urgently needs to be addressed.

Trying to find a balance in European football can be a tricky conundrum to overcome and United are not immune to this.

It took Sir Alex Ferguson around half-a-decade to really get the best out of his side on the continent after first winning the Premier League in 1993.

Yet despite 20 years mostly in and around the title challenging scene in England, Ferguson may still be disappointed to have only won two Champions League titles during his tenure given the talent he had at his disposal.

So if Fergie struggled then Solskjaer's job to juggle a squad around domestic and European duties is not going to be an easy one despite the embarrassment of riches he now has.

But there still seems to be silly errors that even the Norwegian boss may find hard to explain.

For instance the defeat in Istanbul last term came as a result of a Demba Ba goal where not one United was in their own half to defend the counter attack. An almost unthinkable scenario in top level football... or most levels in fact.

Later on a home defeat by PSG saw Fred get sent off with 20 minutes to go. Despite the midfielder having been on the edge with a yellow card since the 23rd minute and being liable to committing another foul, Solskjaer paid the price for not reacting to the ticking timebomb in his midfield at Old Trafford during the 3-1 defeat.

It's not just the Champions League where Solskjaer has been getting it wrong though. Last season's Europa League final against Villarreal also flagged up questionable in-game calls.

United did not make a single change during the 1-1 draw over the course of 90 minutes, despite an unfit Marcus Rashford clearly struggling in attack. Dan James was on the bench for the Red Devils as a like-for-like replacement but was ignored all evening.

Once Solskjaer finally decided to turn to his bench he curiously made four of his five changes only in the last five minutes of extra time before his side lost the shootout. 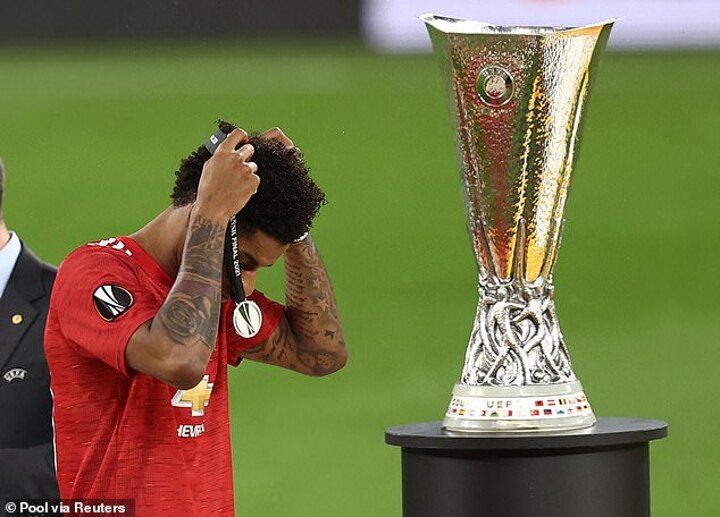 Wan-Bissaka arrived as a high profile signing when the right-back joined from Crystal Palace for £45million in 2019.

But while the former England Under 21 international hasn't been a disaster, he has yet to on a consistent basis show the Palace form that touted him as one of the country's leading right-backs.

That's some statement too given the embarrassment of riches the Three Lions have right now, but the 23-year-old would be fifth choice at best should Gareth Southgate announce a pecking order today.

His name isn't even looked at for an England call up, and there were reports in the summer that Solskjaer was even looking to replace Wan-Bissaka with compatriot Kieran Trippier.

While that never came to pass, Wan-Bissaka is still struggling to settle in Solskjaer's formation. His poor challenge that led to his red card didn't look that malicious but it was dangerous - and more crucially was a problem of his own making.

His very poor first touch led to him losing control of the ball in the first place during an insipid display.

There was small bursts of attack down the flank, but there was nothing dangerous to the opposition about his play, and most of his completed passes ended up going backwards.

The ones that did go forwards were often towards team-mates heavily marked and led to his side unable to retain possession.

This isn't the same player that dazzled Selhurst Park earlier in his career, and Solskjaer needs to find a way to improve Wan-Bissaka's confidence again or he may have to seek alternatives in January.