Manchester City legend Vincent Kompany has reiterated his claim that Virgil van Dijk is the best centre-half to have graced the Premier League, with the “old-school” Dutchman considered to have helped lift Liverpool to new heights. 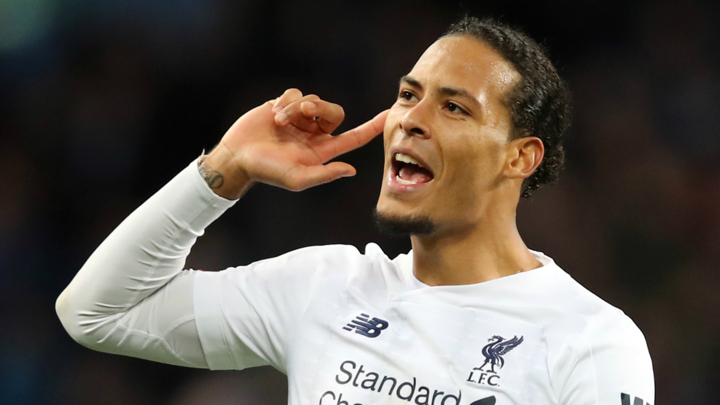 The Reds invested a record-setting £75 million ($91m) in the Netherlands international during the winter transfer window of 2018.

Eyebrows were raised at the time regarding the asking price of a man who had made his name in British football at Celtic and Southampton.

Jurgen Klopp has, however, found considerable value in a deal that has been made to look like quite the bargain.

Van Dijk has become a talismanic presence at Anfield, helping Liverpool to Champions League glory and to within touching distance of the Premier League title.

Those efforts led Kompany – another icon of the modern era – to bill the Reds star as one of the very best.

He previously told SPORF of Van Dijk: “It's a weird one because he hasn't been on the scene for as long as these names we mentioned – John Terry, Rio Ferdinand, these guys were there for a long, long time.

Questions have been asked of Kompany’s bold call, but the experienced Belgian stands by it.

He has told BBC Sport: “The reason why I said it is because Liverpool were a great team before Virgil van Dijk and yet they were always vulnerable.

“I never felt that supremacy that they showed this year. It's very difficult to have a player that has such a big impact at a big club.

“He brought back old-school defending with a modern twist and I respect that.

“What he does is simple but so effective which I respect.”

Kompany forms part of any greatest debate after spending 11 memorable years at City and that spell allowed him to get his hands on four Premier League titles, with Liverpool hoping that a green light will soon be given for them to wrap up a first.

He added on the Reds’ wait during coronavirus-enforced lockdown: “I can imagine, and I can actually empathise. How bad is your luck, right?

“But we need to hope that the rightful winner will get everything he deserves.”