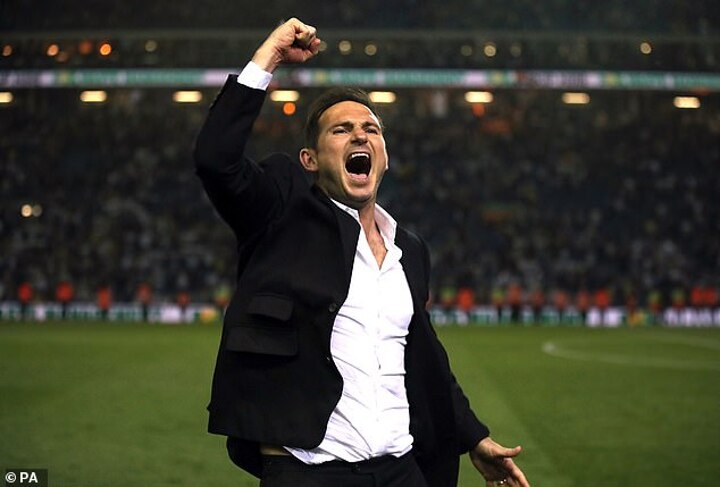 Lampard said: 'The feeling I've had here matches anything I've had in football, the way I'm feeling right now.

'I wanted it so much. Sometimes you can want something too much, but we have done it. They say emotions are intensified when you are a manager and it is true. 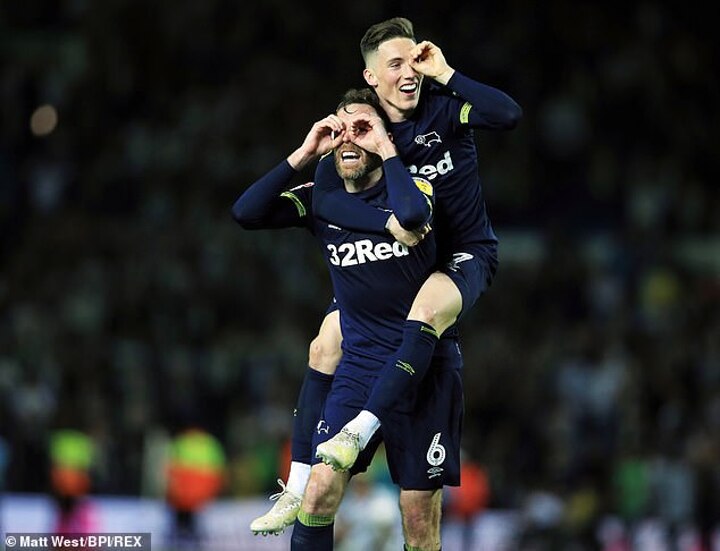 'I aimed high. I was aware of the financial issues - that we would have to sell some players and bring some in, bring some loans in. To get to Wembley is fantastic.'

The home fans had goaded Lampard over the 'Spygate' affair as their side led.

But after seeing substitute Jack Marriott score an 85th-minute winner, Lampard said: 'I'm not going to lie (it's sweeter against Leeds). I heard a lot of people saying that we were crying about Spygate. 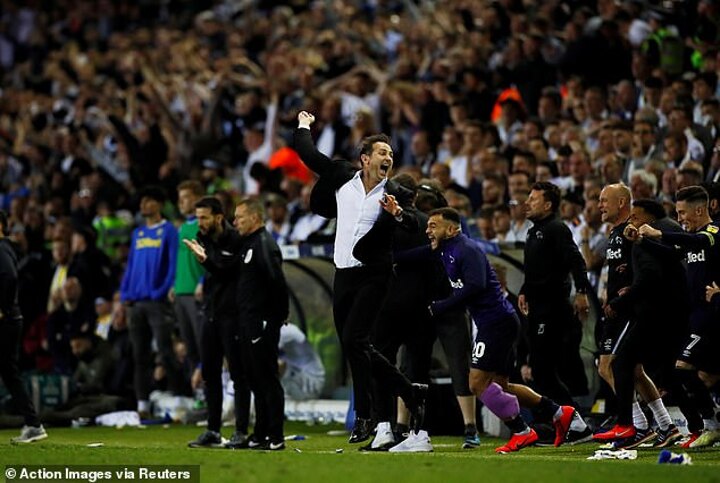 'I haven't thought about Spygate for a long time and we played them and we prepared for it, we prepared and we got a result. We were 1-0 down after the first leg and I said to the lads everyone had written us off.

'It's odds of 1/8 for them to go through or something, everyone says they've beaten us three times, but we made a little tweak and it worked brilliantly. You need bravery on the ball and the lads showed it.

'We were the better team over two legs. It was a brilliant performance.

'There's work to do, this isn't the end, we're underdogs again and we'll have a tough game against a brilliant Villa team, but we're there.'

Mason Mount was among the scorers for Derby and the Chelsea loanee said: 'Jack Marriott's equaliser gave us loads of belief going into the second half, that helped.

'Getting an early one in the second half helped, too. We played attacking football and pressed them high and got the goals.' 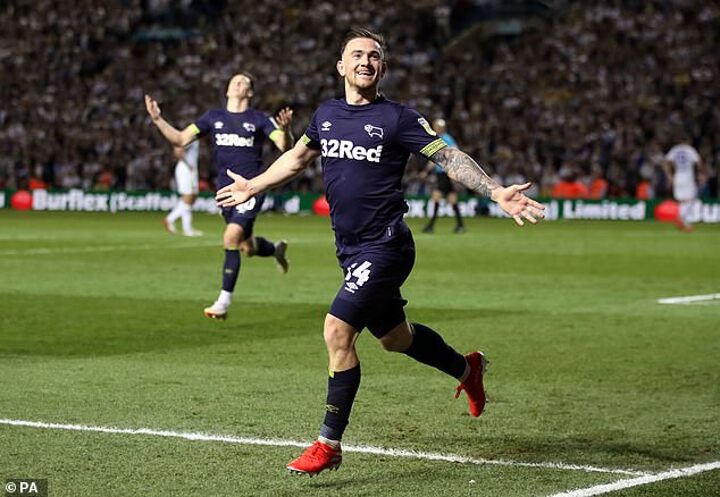