Liverpool's transfer guru Michael Edwards has been the mastermind behind some of the Reds' most successful and frankly genius transfer deals since becoming sporting director in November 2016. 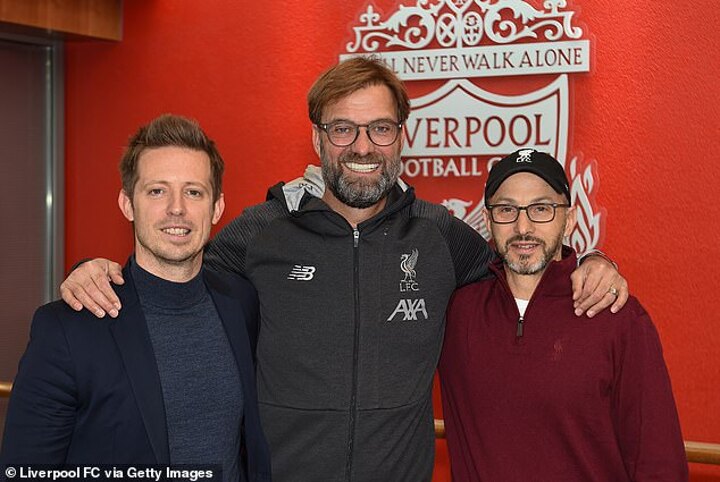 Edwards has been pivotal in building a side that won the club's sixth Champions League trophy, ended their 30-year wait for the Premier League title and added four more trophies to their cabinet.

He also excelled at strategically offloading players for sensational fees - squeezing £142million out of Barcelona for Philippe Coutinho which was swiftly invested into Virgil van Dijk and Alisson.

But in a blow to Jurgen Klopp and Co, the sporting director left Anfield earlier this year and their Premier League rivals are already waiting in the wings to snap him up.

Sportsmail revealed that Manchester United and Chelsea are interested in Edwards as the two top-flight giants look to strengthen their recruitment operations.

It is not surprising either side are attracted to Edwards given the huge success he had at Anfield and if they can secure his services, they would be pulling off a major coup. 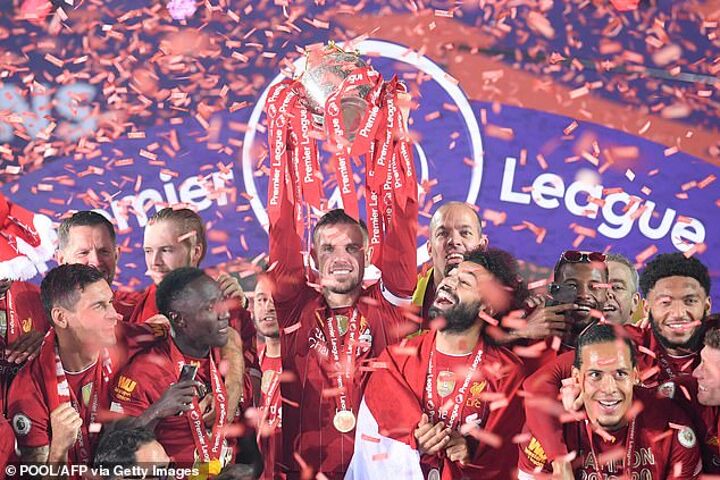 He joined Liverpool in 2011 as head of analytics before a number of promotions eventually saw him take up the role as sporting director.

His first signing of his first summer window at the helm of Liverpool's transfers is arguably his best as he snapped up Mohamed Salah for £39m. After scoring 156 goals in 254 the Kop's Egyptian King has more than paid for his price tag.

Edwards later secured Andrew Robertson for a price tag of £8m which now looks like pennies as his market value has increased many times over.

He also masterminded some often underrated signings such as Fabinho and Thiago, as well as kickstarting Liverpool 2.0 by bringing in Luis Diaz as the Reds look to build for the future. 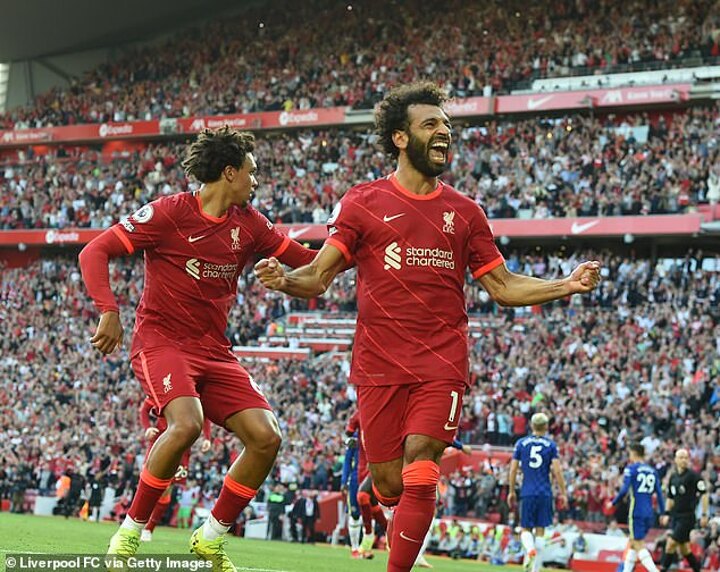 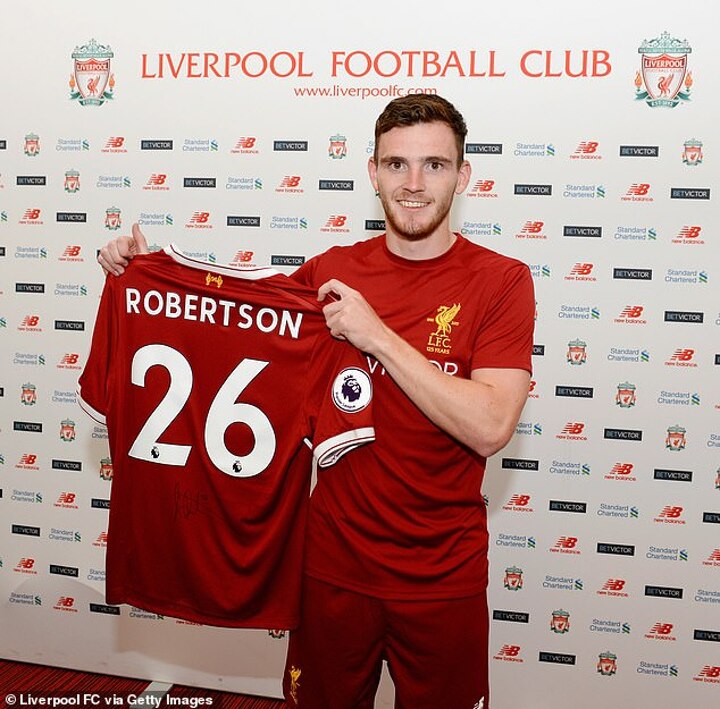 With football often hinging on the high stakes of business transactions these days, Edwards was strategic in the market with a hallmark of his work being his ability to strategise both the comings and goings at Anfield.

He not only pulled off some of the club's most successful signings but also sanctioning remarkable sales to fund their purchases.

He refused to blink when Barcelona came calling for Coutinho, until Klopp was ready to sanction the sale, by which point the Catalans had already well and truly shown their hand and Liverpool held all the cards.

The £142m they recuperated from the loss of the Brazilian went on to fund the backbone of a Premier League and Champions League-winning side - Van Dijk and Alisson. 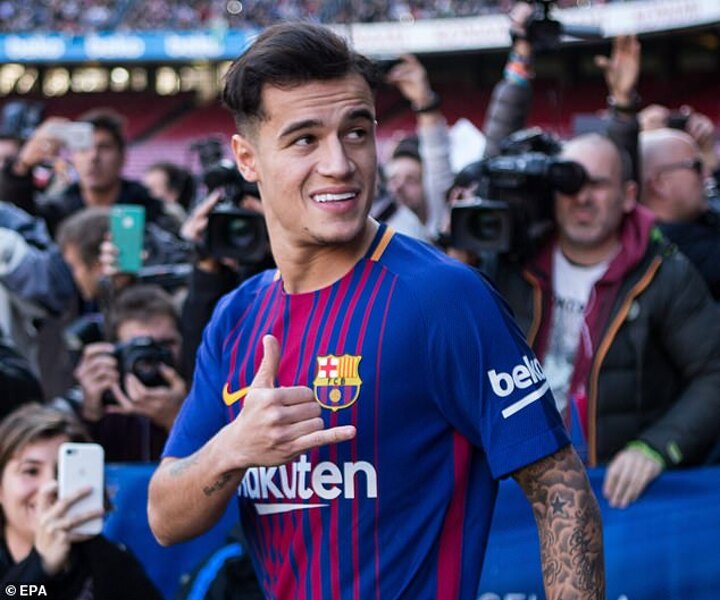 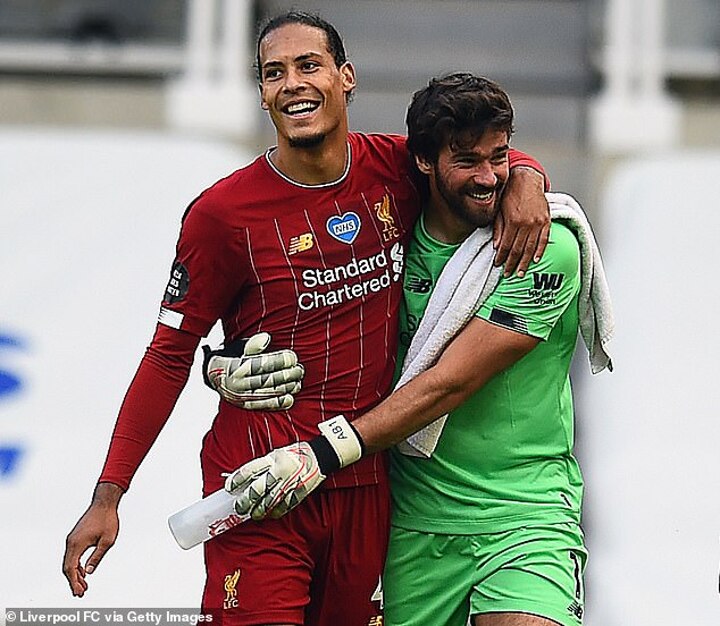 While Coutinho may be the best example, but his other pieces of business were remarkable, such as brokering deals worth beyond £40m with Bournemouth for Brad Smith, Jordon Ibe and Dominic Solanke.

He also oversaw Kevin Stewart's £8m move to Hull City in July 2017 - that same day Robertson arrived from the Tigers for the same fee.

Edwards made £25.38m from offloading controversial Mamadou Sakho to Crystal Palace following the defender's Anfield saga which included failing a UEFA drugs test and explosive fallings out with Klopp.

He was also key in Liverpool's strategy of player retention last summer, which has seen the club tie down Van Dijk, Alisson, Fabinho, Trent Alexander-Arnold, Robertson and captain Jordan Henderson.

Naturally, Edwards hasn't had a perfect track record but the number of successes strongly outweighs the flops.

Takumi Minamino for £7.25m and Naby Keita for £52.75m come to mind as among Edwards' less successful business ventures but considering they are both Premier League champions they possibly can't be classed as failures.

After several dazzling years at Anfield, Edwards's masterstrokes of transfers have rightfully garnered him praise and a stellar reputation - one which is no doubt responsible for the interest of United and Chelsea.

Club chairman Tom Werner claimed Edwards's reign had been instrumental in Liverpool's success as he paid tribute to the sporting director.

'I want to acknowledge Michael's reign as sporting director. It will end after Paris. He's been instrumental,' Werner told The Athletic.

'You could point to player after player who was identified before they became superstars. Going back to Mohamed Salah, Michael identified him.

'He's very quiet about the way he goes about his business but he's really been critical to our success. We're competing against clubs who spend massive amounts of money on transfers. One of Michael's correct strategies once we've identified players is making sure there's an extension of those contracts.'

On the loss of his backroom genius Klopp claimed the club were fortunate and blessed to have had Edwards work with them.

Klopp said: 'I wish Michael and his wonderful family all the best, for whatever they choose to do next.

'I know he isn't leaving immediately or in haste, which is cool, so we still have some time to work together. If we are as fortunate and blessed as we have been so far, maybe we can create more special memories for our club in this remaining time.' 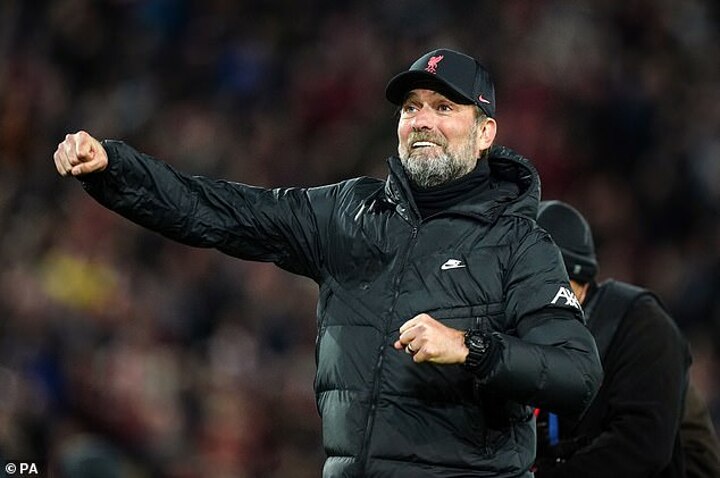 'He has been a constant presence during my period at LFC and his contribution to our success is clear for everyone to see.'

Last year, Jamie Carragher claimed he feared for the future of the club should Edwards and Klopp leave Merseyside.

'Over the past six years, Liverpool have been among the best-run clubs in world football,' said Carragher in the Telegraph.

'But I have a nagging fear. How long can they keep beating the system to challenge for the Premier League and Champions League?

'With sporting director Michael Edwards delaying extending his contract beyond this season, and Klopp unlikely to stay beyond 2024, many supporters are wondering if Liverpool's success is despite their business model rather than because of it; the product of amazing individuals rather than an amazing plan. [...]

'Should Edwards not renew his deal, does FSG have so much faith in their model that replacements can slot into place and keep the engine running?

'You can understand why supporters fear Klopp and to some extent Edwards are irreplaceable.'

The Aston Villa boss told BT Sport in May: 'I don't think that he has had enough credit outside of Liverpool, but obviously being in the city and spending a lot of time over the years around Michael, make no mistake, the Liverpool fans adore him and really appreciate the role that he has played.' 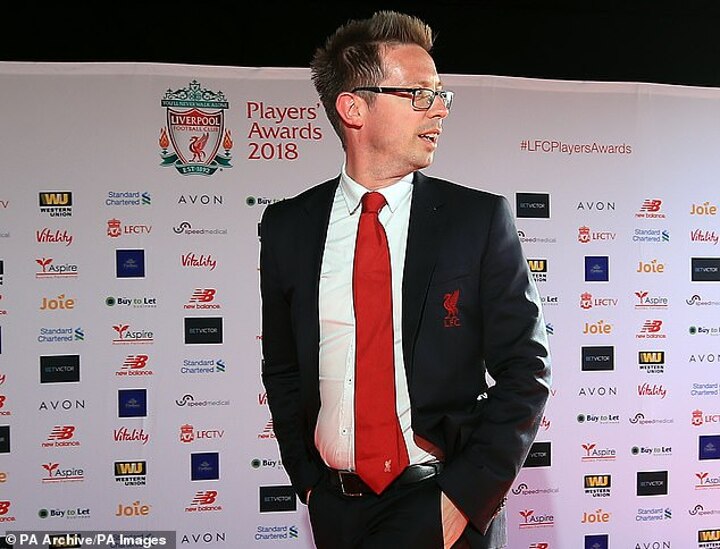 Meanwhile, former United defender Rio Ferdinand claimed Edwards had only made two mistakes in the market during his Anfield reign.

Speaking on his YouTube channel in March, Ferdinand said: 'The recruitment, the players come in and they hit the ground running.

'They don't get many wrong you know, Minamino might be one, but he scored the other day…

'But Minamino is probably one where you say you could get more out of him.

'[Naby] Keita maybe as well, but after that, [Kostas] Tsimikas comes in and plays well, they just get it right.' 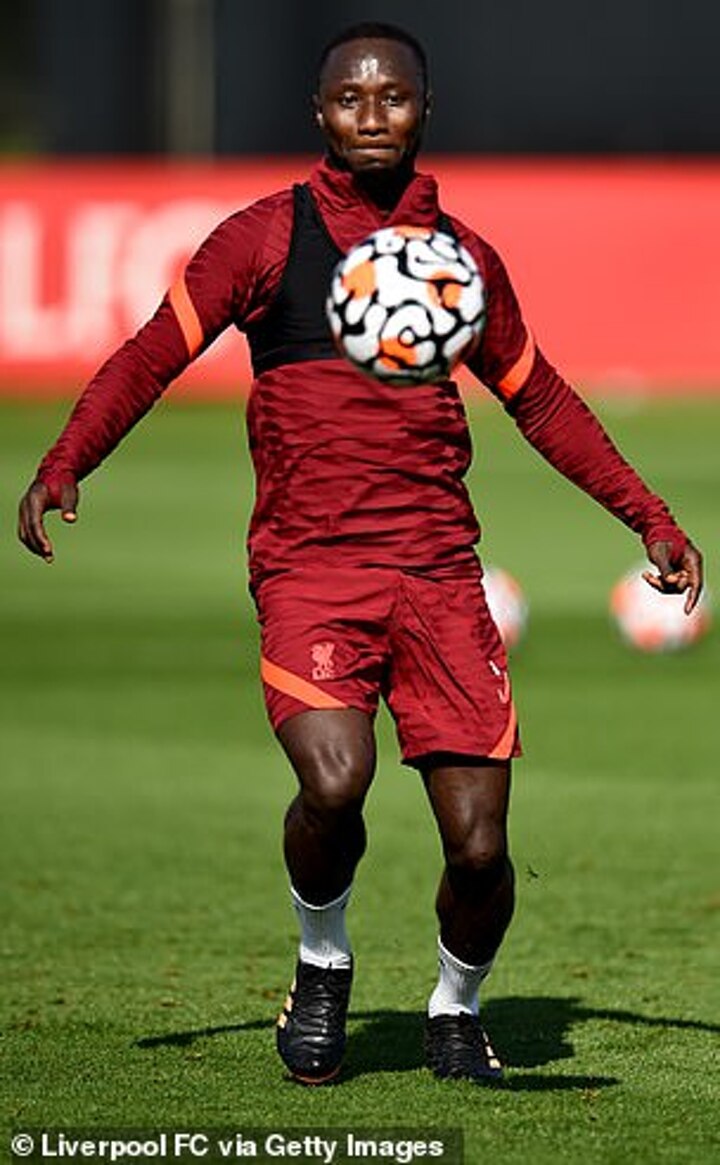 If United and Chelsea are successful in their attempts to snatch up the transfer genius, they will stand to inherit a director with impressive pedigree.

However, whether Edwards decides to commit to one of Liverpool's top-flight rials or if he will suit either club remains to be seen.

United are in the midst of revamping their recruitment set-up, work which is being led by football director John Murtough.

And multiple sources claim that Edwards is of interest to the new-look Old Trafford regime as they continue to overhaul their transfer team.

It is unclear if Edwards would be open to joining United given his ties to arch-rivals Liverpool and if so how well he would get along with the club hierarchy.

The club's structure is in slight disarray currently with senior scouts Jim Lawlor and Marcel Bout along with director of negotiations Matt Judge leaving.

The scouting department is reportedly being led by Steve Brown, who reports to John Murtough. 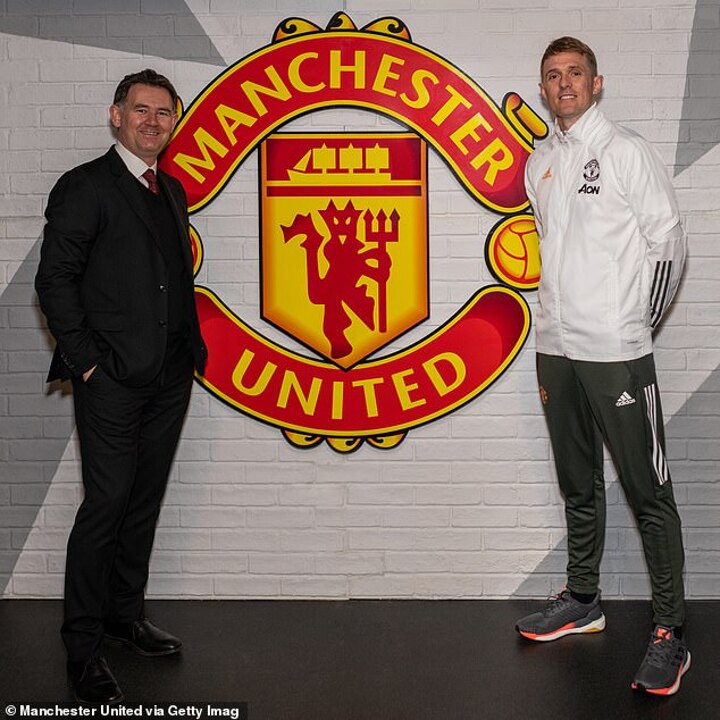 Brown and Murough, along with new manager Erik ten Hag, are said to have vetoes on prospective targets, according to ESPN.

Edwards is said to have clashed with former Liverpool boss Brendan Rodgers over potential deals and the Northern Irishman would often over-wield his veto card.

Rodgers saw Edwards as a threat to his authority, according to The Athletic, and reportedly pushed through the signing of Mario Balotelli against the Reds' transfer committee's wishes.

And Edwards may not want to revisit working under such a strict veto culture again. 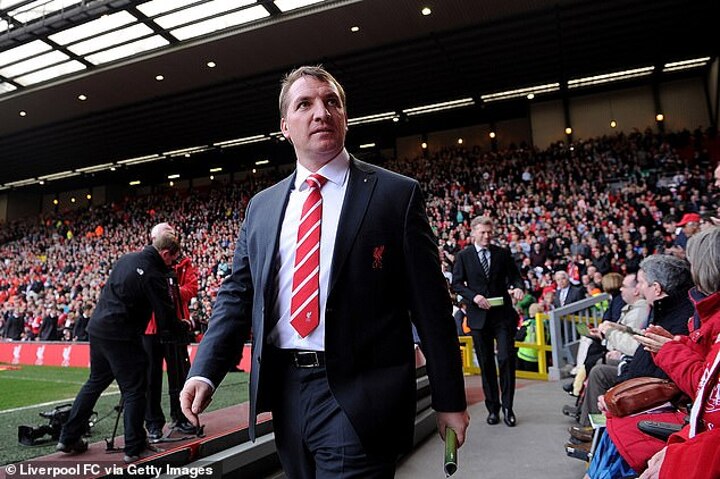 Furthermore, Murtough is said to be now heading all of the club's football operations with Andy O'Boyle named United's deputy football director, providing support to Murtough. It is unclear if there is any space for Edwards within United's hierarchy.

United are sure to present a challenge for Edwards to get stuck into if he does make the move down the M64.

The Red Devils are in dire need of a complete overhaul this summer and Ten Hag looks to begin his rebuild.

While presenting the opportunity to be part of an ambitious project at Old Trafford, Edwards would certainly be pushed to the limit and given he is said to be hesitant about joining any club this summer, after leaving Liverpool this summer with a view to taking a break from the game, United's situation could prove to be a deterrent. 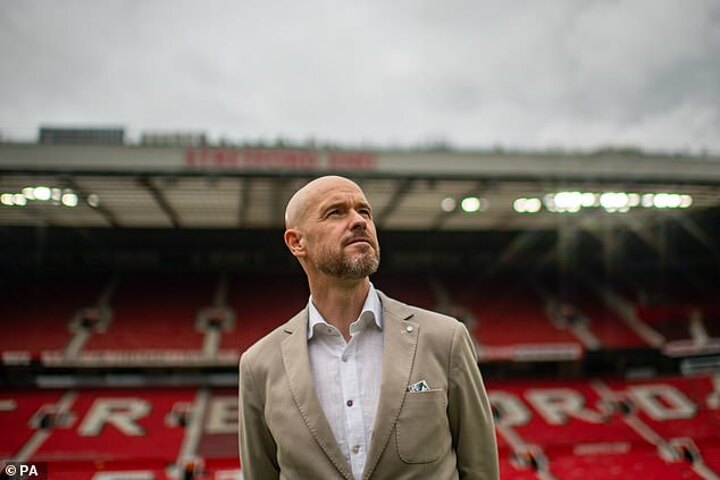 It is understood that Chelsea's new owners, Todd Boehly and Clearlake Capital, have explored the possibility of appointing Edwards to a senior recruitment position after confirming the departure of long-serving director Marina Granovskaia, who controlled the club's transfer negotiations.

Boehly himself is set to act as interim sporting director during the search for a successor whilst Granovskaia will still advise the west London club between now and the end of the summer transfer window.

Granovskaia has been as crucial to Chelsea's transfer operations as Edwards has to Liverpool's, swiftly cementing herself as the 'First Lady of Football'. 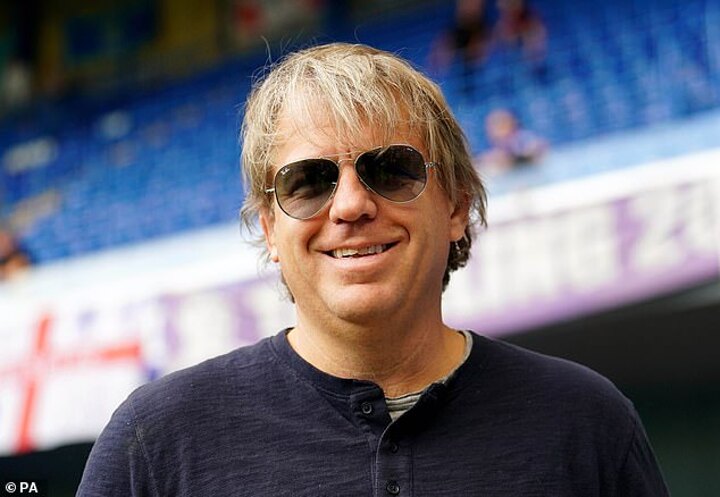 The Russian-Canadian kept a relatively low profile at Stamford Bridge, prefering to operate from the shadows, similarly to Edwards, who is renowned for avoiding the media and shunning the limelight.

Harry Redknapp, who had been Portsmouth manager when Edwards got his big break there, described him as 'a very inoffensive, quiet guy'.

'He isn't the most stereotypical football director,' Redknapp told The Athletic. 'In fact, he is probably the most un-stereotypical.

'You won't often see him in a suit. He isn't a go-getting, big-personality kind of guy. You look at him, he used to have this spiky hair… a very inoffensive, quiet guy. You'd probably think he should be standing behind the goal.'

Given their similar quiet natures, Edwards could be the perfect match to step straight into Granovskaia's shoes. 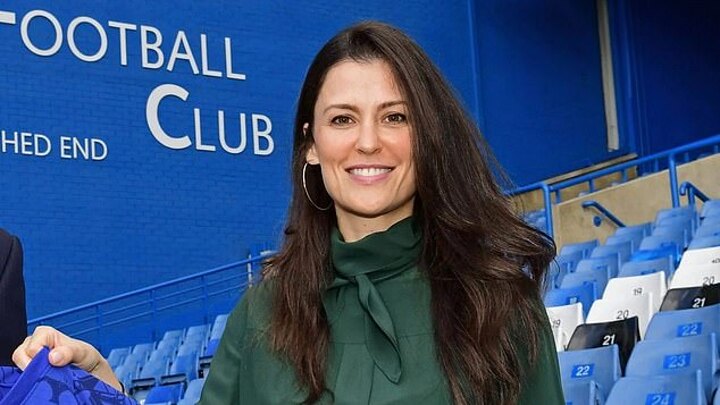 Meanwhile, with Chelsea already possessing a side that boasts a host of World Class talent, the project at Stamford Bridge would only require a few tweaks - unlike the major overhaul needed at Old Trafford.

And, from a financial perspective, Edwards would likely be given freedom over his targets.

Chelsea is more likely to provide a straightforward start to life post-Liverpool and a huge contrast to United.

It remains to be seen where Edwards next destination is - United, Chelsea or the moer well-deserved option of the beach - but one thing is clear wherever he ends up he will head there with a stellar reputation in tow.