Mikel Arteta sent a classy message to Pep Guardiola after the former Manchester City assistant won the FA Cup with Arsenal — his first trophy as a manager. 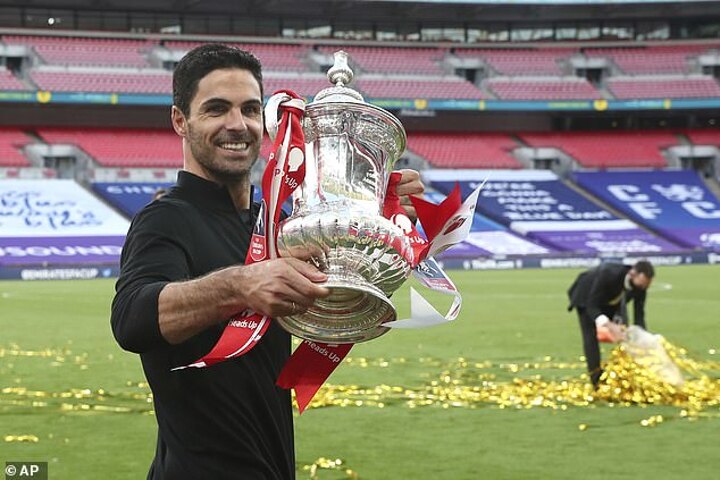 A Pierre-Emerick Aubameyang double helped Arsenal complete a turnaround against Chelsea and triumph 2-1 winners at Wembley.

Guardiola, gave the now-Arsenal manager his first job on the management ladder, serving as the 49-year-old's assistant at City for three years. 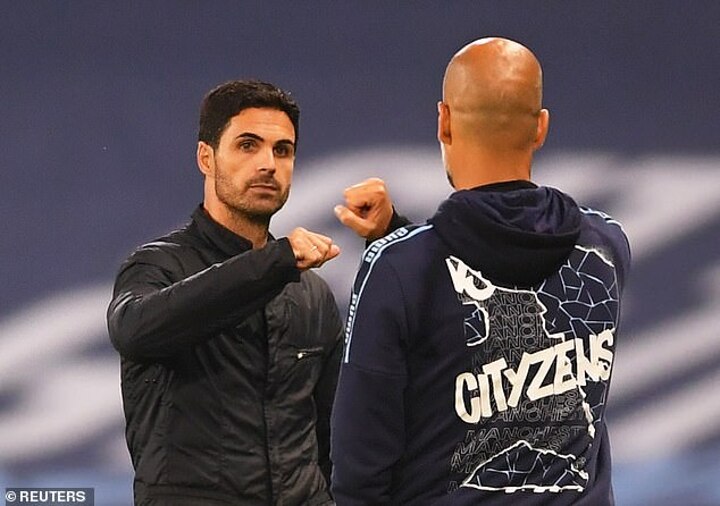 Arteta left City to return to Arsenal for his first management role last year and spectacularly beat his former boss in the semi-final on the way to lifting the famous trophy.

After winning his first major honour in charge of the club and Arsenal's 14th overall, Arteta took a moment to thank his family, along with his former mentor.

'I miss my family so much they have been all the way with me,' Arteta told BT Sport.

'Thank you as well I have to thank you Pep in a very big way because I am a manager in a big part to him so I think I have to consider that as well.'

Arteta has previously praised Guardiola for his influence on him as City and Arsenal prepared to meet in the Premier League in June. 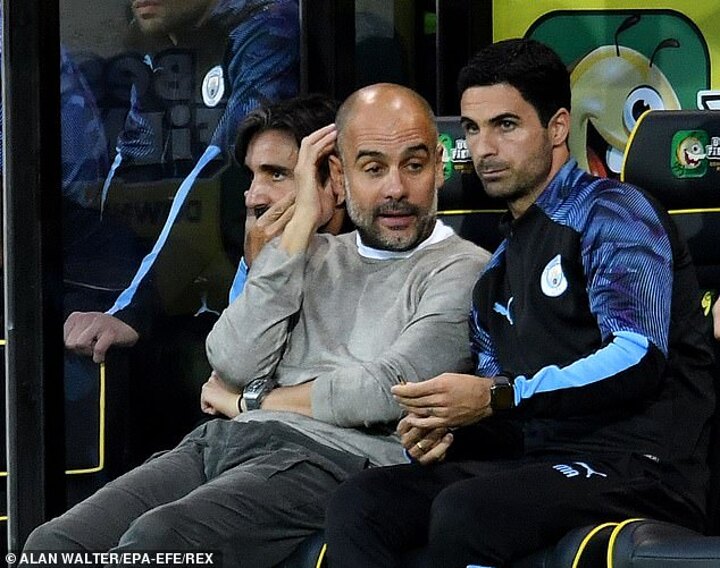 'Well, he [Guardiola] was an influence for me since I was 15 years old and we met at Barcelona, both as players,' Arteta said before the 3-0 defeat to the Sky Blues.

'And in my coaching career and my personal life, he has an enormous influence.

'If I have to talk about the person he is, his values, the way he has treated me and how he deals with the players and the staff around him, its phenomenal.

'As a coach, I have learned so much from him, we have spent some amazing moments together, some difficult ones as well, but the experience next to him has been incredible.' 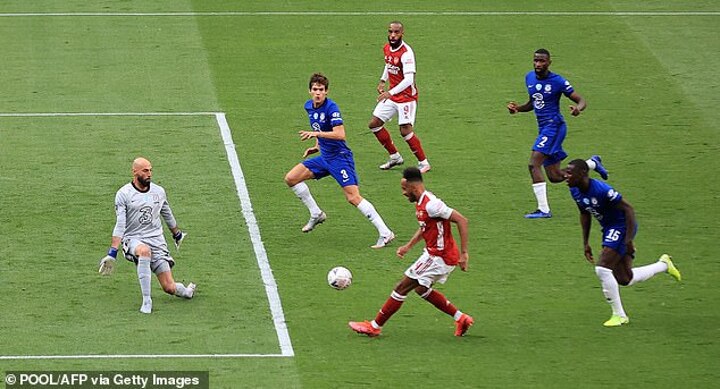 Christian Pulisic had given Chelsea the lead with a tidy finish after five minutes but Aubameyang levelled from the spot later in the half before a sublime solo goal to put his side in front in the second half.

The triumph is some achievement given the problems Arsenal  have had this season. A disappointing campaign has seen them finish eighth in the Premier League.