Multiple clubs have made 'contact' with Liverpool over the potential signing of defender Ben Davies, who has made no appearances for the Reds till date. 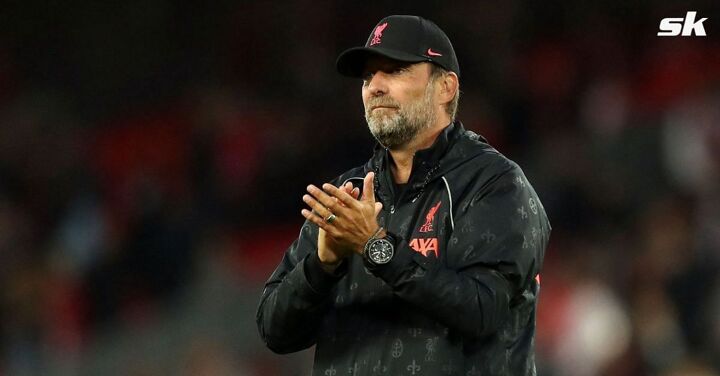 Davies, 26, joined Liverpool from Preston North End on transfer deadline day in February 2021 in a £500,000 deal. The deal included add-ons which would have made it worth £1.6 million.

But the English centre-back hasn't played a game for Jurgen Klopp's side, having spent last season on loan at Championship outfit Sheffield United.

Due to having registered no minutes for the Reds, Davies' deal still stands at £500,000 and the Reds could be set to make a profit on the defender.

According to the Liverpool Echo, Middlesbrough and Celtic have registered an interest in signing the Reds defender following the expiration of his loan with Sheffield United.

Davies made 22 appearances for the Blades. He returns to Anfield knowing that he will likely not gain any first-team action with huge strength in numbers ahead of him.

The likes of Virgil van Dijk, Joel Matip, Ibrahima Konate and Joe Gomez are all ahead of Davies in the pecking order. Hence, the Englishman may be set for a move just a year removed from arriving from Preston North End.

The Reds have already made the £500,000 fee back when they sent Davies to Sheffield United for a loan fee of the same amount.

The Reds have reportedly set Ben Davies' fee at around £4 million off the back of his loan spell with Sheffield United (per Liverpool Echo).

Celtic rivalled the Reds for the signature of Davies back in 2021 before he would make the move to Anfield.

They seem determined to lure the Englishman to Celtic Park but face competition from Middlesbrough, coached by former Sheffield United manager Chris Wilder. During Wilder's time in charge of the Blades, he was keen to sign Davies and seems interested once more in pursuing the English centre-back.

The 26-year-old has three years left on his current deal with Jurgen Klopp's side and is likely to be deemed surplus to requirements.

Nathan Hemmingham told the Blood Red podcast with regards to Davies' thoughts on his future:

"First and foremost he's not thinking about anything major; it's just about this season and playing again - and playing to the best of his ability and trying to get back to the player he was at Preston when Liverpool came in for him.

"Then in the summer he wants to go back to Liverpool to see if the door is open, because you don't know what happens. He wants to have a good pre-season... see where the land lies, and see if he can try and impress the manager, Jurgen Klopp."