Allan Nyom was the main protagonist of the Getafe-Barcelona game. On 66 minutes, he was involved in a possible penalty on Ansu Fati. 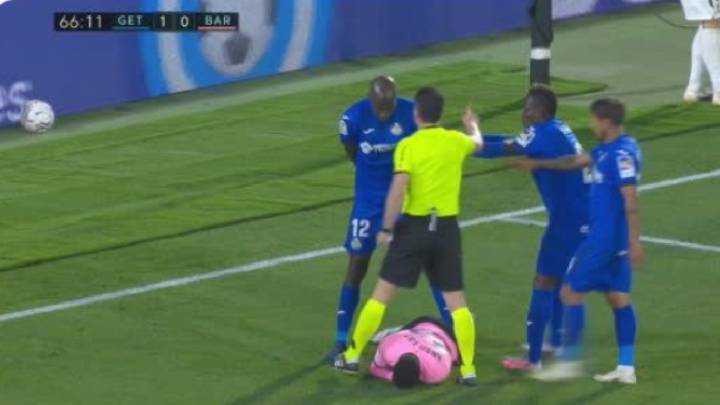 Barcelona appealed for a penalty for a foul by Allan Nyom on Ansu Fati in the second half. The scoreboard read 1-0 to Getafe with Jaime Mata' 56th minute penalty separating the two sides. Referee Soto Grado saw nothing untoward in the Getafe player's challenge on the young Barça forward. Nyom tried to shield the ball inside the area but brushed his opponent's face with his arm which prompted Ansu to go down.

The Getafe full-back, enraged and with his hands behind his back approached the culé who was complaining that he had been fouled inside the box. "18 years old and you're diving like that? 18 years old!?" Nyom could be seen to say to Ansu in images captured by Movistar LaLiga.

For AS' resident referee Iturralde González the incident is crystal clear: "Nyom puts his arm in Ansu's face when he has absolutely no need to. It's a penalty". It was one of the most problematic decisions taken by Soto Grado at the Coliseum Alfonso Pérez and caused a great reaction on social media with former Barcelona president Joan Laporta venting his fury along with fellow culés.