The Scottish Premiership resumes this weekend after the split but who makes a team of the season so far? WhoScored's statistical XI is unsurprisingly dominated by champions Rangers but a handful of top performers elsewhere have made the cut... 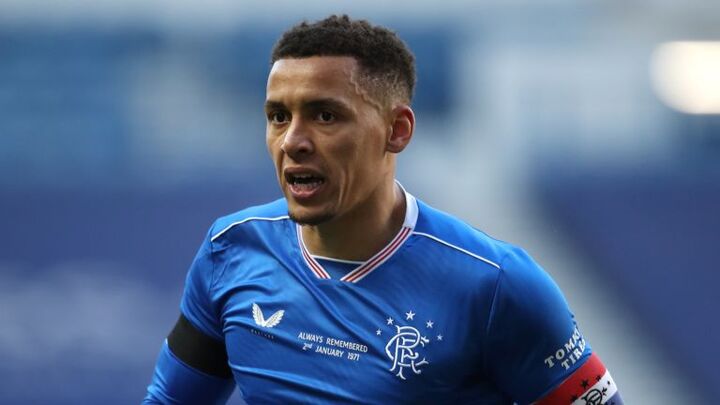 Dundee United finished in the bottom half of the table ahead of the split, but it would have been a lot worse for the Tangerines without Benjamin Siegrist between the sticks. The Swiss goalkeeper was one of the division's busiest goalkeepers as he made 123 saves, though the amount of action didn't deter his performances. Indeed, Siegrist ranked third for clean sheets (11) while his save success rate (77.2%) was the second-best in the Scottish Premiership, to yield a WhoScored.com rating of 7.02.

The first of six Rangers players to make the cut is also the best rated in the Scottish Premiership this season. James Tavernier was exceptional for the champions and his WhoScored.com rating of 7.76 is better than any other player. Only two players scored more goals than the right-back (11), while nobody registered more assists than Tavernier (9). The 29-year-old also created more clear-cut goalscoring chances than any other player (11) to feature.

Connor Goldson was once again a solid performer at the heart of the Rangers defence, with his WhoScored.com rating of 7.38 the fourth-best in the division. The centre-back had a direct hand in six goals in total, scoring four, including a brace in the October Old Firm win at Celtic. Routinely exhibiting a WhoScored.com strength of 'passing', only Callum McGregor (2325) completed more passes than Goldson (2085) in the regular 2020/21 season to help nail down a spot in this side. 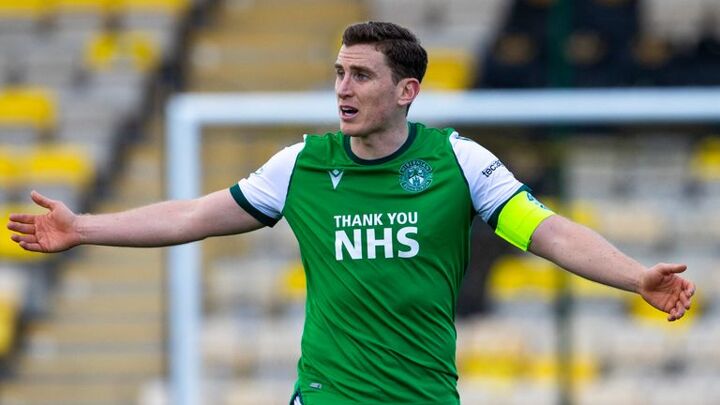 Hibs did well to ultimately finish third ahead of the split, with Paul Hanlon taking up his place at the back alongside Goldson. The 31-year-old won more aerial duels (188) than any other defender prior to the split, returning an impressive 73.2% aerial success rate in the process. The proactive Hibs man also ranked among the top 10 players for clearances (144) to contribute towards his inclusion with a WhoScored.com rating of 7.22.

Rounding off the defence is the third Rangers player in the XI. Borna Barisic excelled from left-back once more as he created 65 goalscoring chances in total; only David Turnbull (69) made more. The Croat's attacking influence yielded five assists, while 66 tackles and interceptions combined was a commendable return as Barisic garnered a WhoScored.com rating of 7.35. 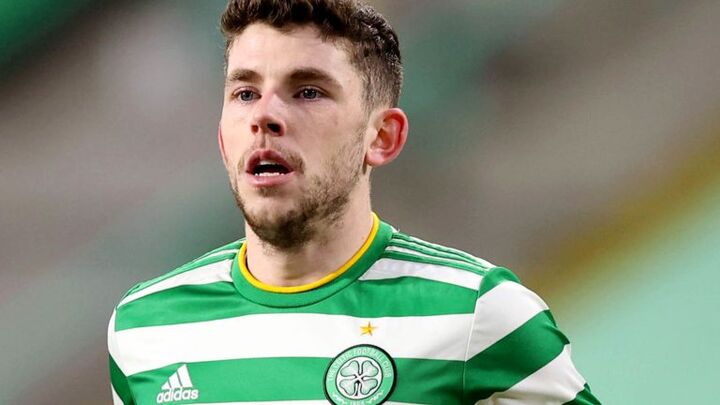 The first of two Celtic players to make the cut, Ryan Christie was a bright spark in a disappointing season for the Bhoys. Maximising his creative talents, Christie ranked fourth for both key passes (61) and clear-cut chances created (8), while only two players made more assists than the Scotland international (8). An additional four goals helped the 26-year-old to a WhoScored.com rating of 7.33.

Joe Aribo enjoyed another solid campaign for Rangers as he returned a WhoScored.com rating of 7.40. The Nigerian midfielder chipped in with some key goals from midfield as he hit the back of the next six times, and returned a further four assists for the champions. Only Ryan Kent (62) completed more dribbles than Aribo (49) to contribute towards his inclusion in the middle of the park.

Rock-bottom Hamilton Academical have had a season to forget but Hakeem Odoffin did enough to secure a place in the middle of the park. Odoffin was a ball-winning machine where required, making at least 36 more tackles and interceptions combined (168) than any other player in the league. Much of that was due to his superb reading of the game as the 22-year-old made more interceptions (106) than any other player. The Accies may have underwhelmed, but Odoffin certainly didn't as noted in his WhoScored.com rating of 7.19.

The penultimate Rangers player in the team of the regular season, Ryan Kent maximised a WhoScored.com strength of 'dribbling' as he ghosted past opponents on 62 occasions, more than any other player. Only a handful of players had a direct hand in more goals than Kent (15 - 8 goals, 7 assists) with the winger more than deserving of his spot in this team with a WhoScored.com rating of 7.40.

With 16 goals to his name, Odsonne Edouard hit the back of the net more times than any other player in the regular Scottish Premiership season, of which 12 were deemed big chances, more than any other player. The Frenchman boosted his reputation with a fine goalscoring campaign for the Bhoys. It may not have been enough for Celtic to secure a 10th successive title, but Edouard again showed why he is being linked with a high-profile summer move having earned a WhoScored.com rating of 7.31.

Joining Edouard on the frontline is Rangers man Alfredo Morelos, who earned a WhoScored.com rating of 7.20 in 2020/21. Only two players scored more goals than Morelos (11) in the regular season and he'll look to carry his exceptional goalscoring form into the Championship Group, with five of his 11 goals coming in his last five league appearances.