Kakamega Homeboyz chairman Cleophas Shimanyula has hit out at under-pressure Football Kenya Federation head Nick Mwendwa for stating there is no quality in the country, insisting that is 'foolishness that should not be tolerated.' 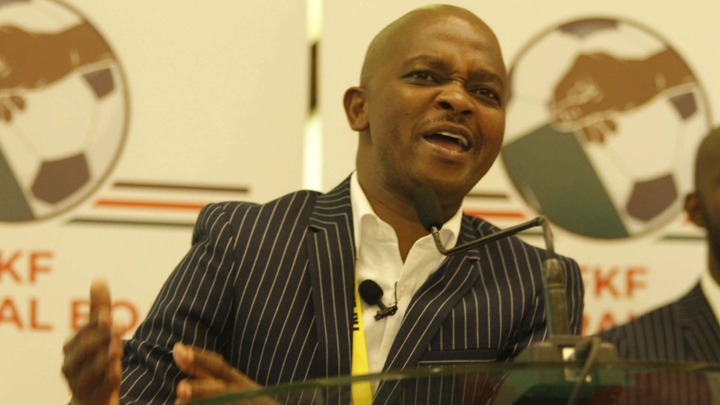 The vocal administrator recently made remarks that Harambee Stars would not perform well even if they were under Jose Mourinho or Mikel Arteta.

But the Homeboyz chairman has stated the massive talent proves otherwise.

"Players, just like McDonald Mariga did, should also come out and speak one language against Mwendwa," Shimanyula told Goal on Thursday.

"They have to be honest and say they have suffered under the Mwendwa regime.

"Talking of talents, Mariga and Victor Wanyama have recently played in the Uefa Champions League, we have Olunga and Marcelo who are talented players and have shone abroad. Arnold Origi excelled abroad, among others.

"It beats logic when Mwendwa says there are no talents in the country. It is foolishness that cannot be tolerated."

Shimanyula further stated local-based coaches have delivered when given a chance and it was worth appointing them over Engin Firat who he has referred to as a tourist.

"There is nothing Mwendwa can tell us when it comes to football, he should go home to sell tyres" he added.

"He is just downgrading local-based coaches. Francis Kimanzi and Jacob 'Ghost' Mulee have been on the national team and delivered. We have good local coaches who can perform with Harambee Stars instead of bringing a tourist who had lost nine of the 11 matches he was in charge of in Moldova.

"When I was saying all this initially, they thought I was mad. Mwendwa is the one who has destroyed Kenya football. The FKF has never had a useless president like him if you compare him with his predecessors.

"Mwendwa is the reason why sponsors are shying away from Kenyan football. They cannot work with an arrogant person who does not know how to communicate."

Kenya are currently out of the race for the 2022 World Cup after recent back-to-back losses against Mali.