Ole Gunnar Solskjaer insists Manchester United are aiming to challenge for the Premier League title next season but concedes it might not be 'realistic'. 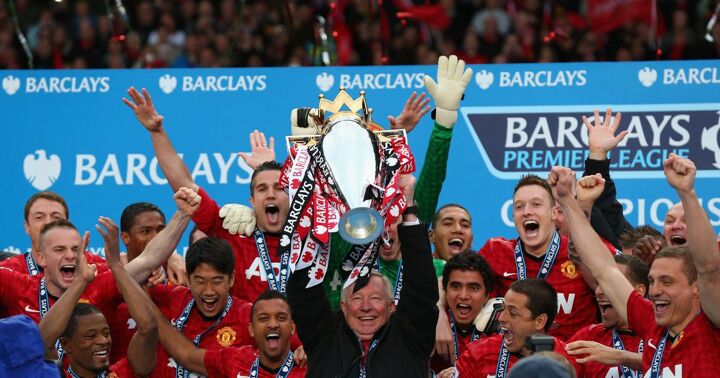 United's title drought will tick past seven years at the end of the campaign and, should they lose to champions-elect Liverpool at Anfield on Sunday, they will be 30 points behind the leaders.

Since Sir Alex Ferguson retired in 2013, United have finished seventh, fourth, fifth, sixth, second and sixth. Jose Mourinho claimed coming runners-up to Manchester City in 2018 was one of his greatest achievements, yet United were 19 points adrift.

United could have risen to first in the table had they beaten Wolves in their second game of the season but have failed to string three successive league wins together and are competing to the fourth Champions League qualifying berth.

"That is the aim, of course," Solskjaer said. "I'm not saying it is a realistic one. We are behind and a fair rate behind the top one now, who we play on Sunday and we'll see where we are against them.

"But with a few signings, with the improvement these are making, in the next couple of years we want to do that. Supporters and the club alike are not happy with not challenging for the top position in the league. That is where we feel we should be and many of today's supporters have lived that period where we won the league consistently."

United host Wolves in their FA Cup third round replay on Wednesday night, having last won the competition in 2016. United have reached the final twice and the quarter-finals twice in the last four years but only won the FA Cup twice in the last 20.

Mourinho presided over League Cup and Europa League triumphs in his first campaign but United have to overturn a 3-1 deficit in the second leg of their League Cup semi-final at City later this month. During their 26-year championship drought, United won the FA Cup four times and are again being viewed as a cup team amid their also-ran status in the league.

"At the moment we don't have that type of team," Solskjaer accepted. "Because in time we've been a bit behind the top ones. It might be that we start with winning a cup and then these players will get that taste.

"That is not what we want to be. We want to be challenging for the league and the Champions League."