Manchester United manager Ole Gunnar Solskjaer says that summer signing Donny van de Beek will get his chance in the starting XI after he made another influential impact against Newcastle on Saturday night. 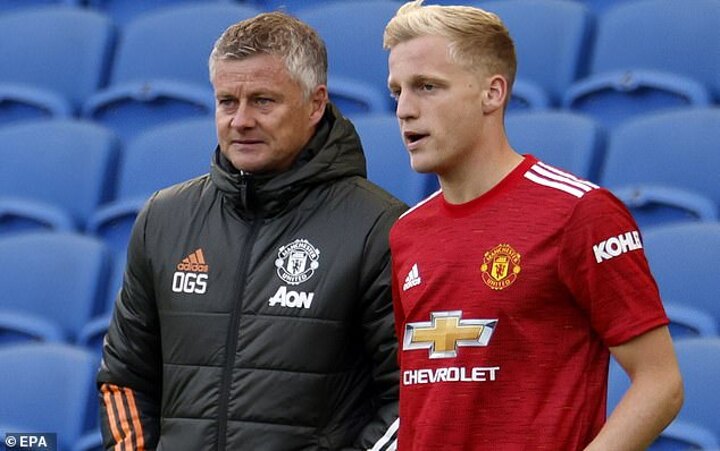 United struck three times late on against the Magpies to claim a 4-1 win at St James' Park, in a crucial result following a disappointing start to the season for United.

Van de Beek came off the bench with 14 minutes to go on Saturday as United in the end stormed to victory and Solskjaer insists the former Ajax attacker will get his chance from the beginning in the coming weeks, even though he has had just 59 minutes of Premier League action so far this season. 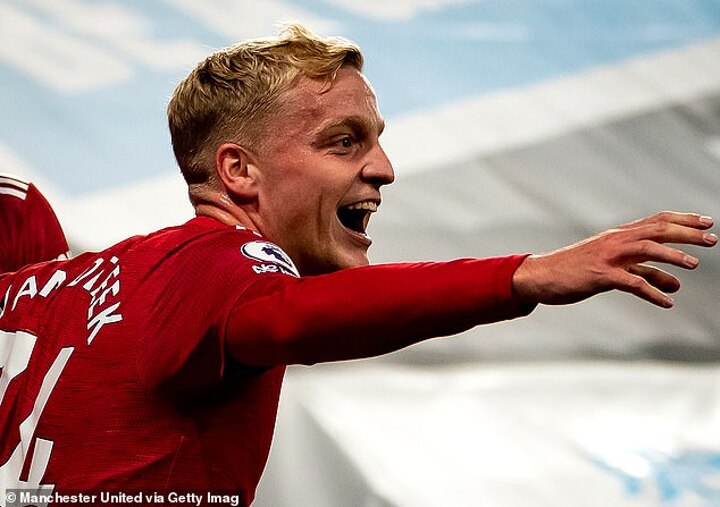 'He'll get his game time. He's been fantastic in the group,' Solskjaer told reporters after the win against Newcastle.

'I think you see today and in training, he's so neat and tidy, I don't think he lost the ball once.

'It's about finding the balance in the team. We've won 4-1 today and you're asking why I didn't start one of the players. He'll have a very good impact on the team.'

Van De Beek scored on his United debut in the 3-1 opening defeat against Crystal Palace, but is still yet to start for Solskjaer in the Premier League.

Meanwhile, captain Harry Maguire - who has had a torrid few months on and off the pitch - scored a first-half equaliser on Saturday night, with Bruno Fernandes, Aaron Wan-Bissaka and Marcus Rashford sealing the win in the closing stages.

'Harry scored and leads by example,' Solskjaer added about his captain.

'He showed good character, I am happy for him. He had a couple of difficult weeks since he last played for us,' Solskjaer said. 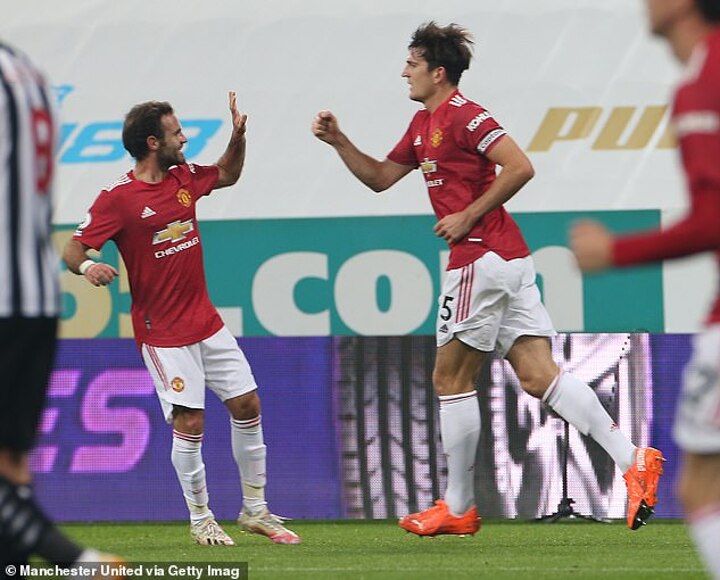 'The boys came together really well. The are looking forward to every game. Today I

After the crucial victory and following two defeats in three games before the international break, United are 14th in the Premier League table, seven points adrift of leaders Everton.

Solskjaer's side face an all-together sterner test on Tuesday as they travel to Paris to take on last season's runners-up PSG in the Champions League.