Everton winger Yannick Bolasie has spoken out about a difficult seven-month loan spell with Sporting Lisbon, admitting he has regrets over moving his family out to Portugal. 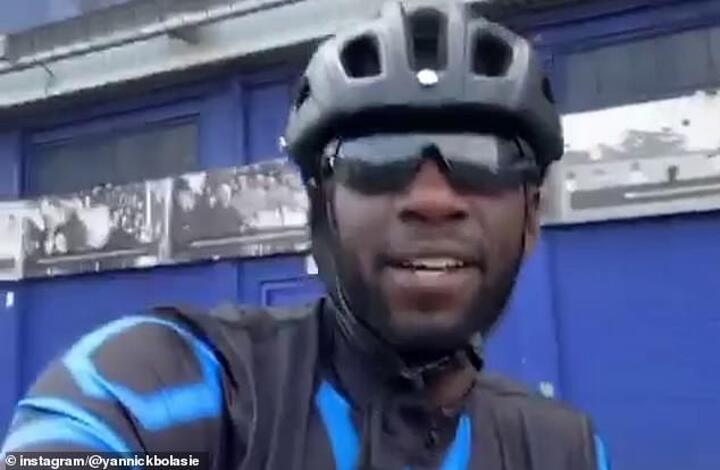 The 31-year-old joined the Portuguese outfit from the Toffees in September until the end of the season. He played 22 times for the Primeira Liga side but scored just twice.

He has now revealed the toll that the move had on his family and admitted he had been 'selfish' in taking them out there. 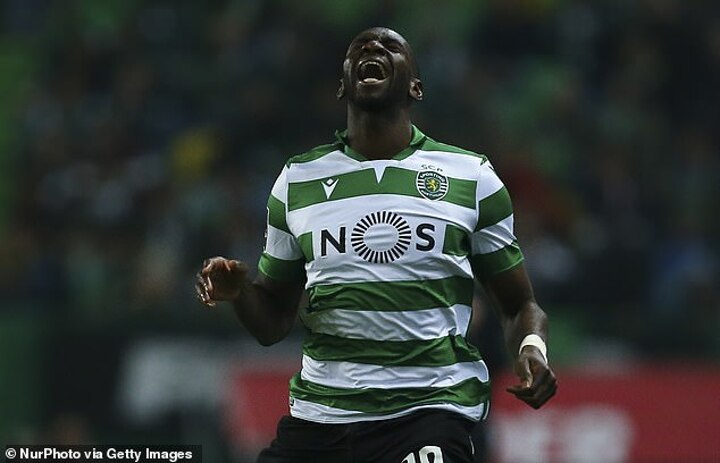 Writing a statement on his Twitter account, Bolasie said: 'Off the field, moving the family from England wasn't an easy choice at the start and looking back at that now, it was pretty selfish from me as my kids are very young and were looking forward to going to school in England but ended up starting in Lisbon in a total new surrounding (sic).

'As a family we had our ups and downs adjusting to life there but we tried our best to connect with the people as much as possible as we felt that would be the only way to be able to tap into the culture.

'Also there was a lot of things going on behind the scenes regarding finances etc which can have its toll mentally when you keep being told things but they don't get done. But these are life lessons for me.'

He then heaped praise on the Sporting fans and insisted he had given everything for the club. 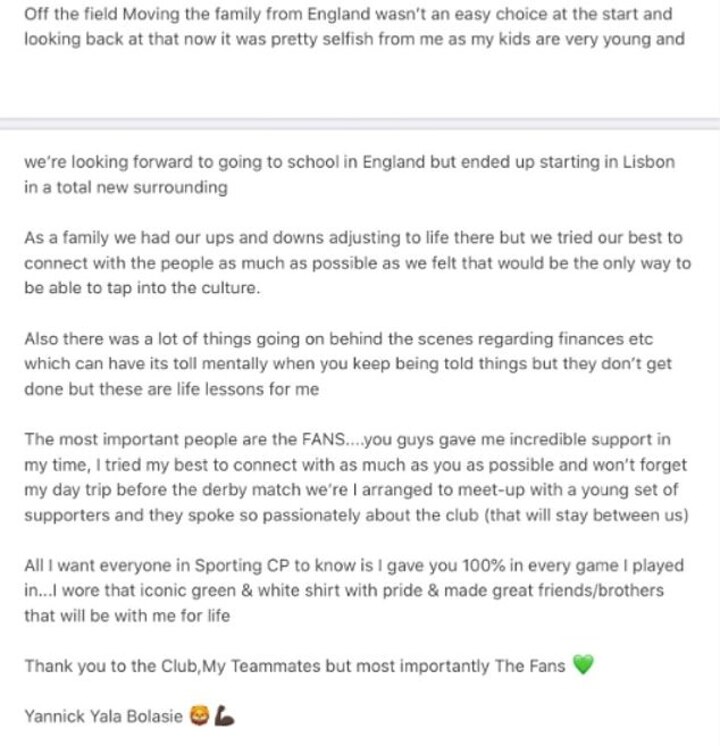 His last game was a Europa League Round of 32 second leg tie against Istanbul Baseksehir as they blew their lead and lost 4-1 on the night and 5-4 on aggregate.

Bolasie, who recorded himself cycling to Goodison Park last week, returned to Everton in April during lockdown after his agent confirmed his stay would be ended prematurely. Lisbon reportedly had the option to sign him for around £4million.

'124 days since my last game, February 27, Istanbul seems a long time ago now,' he wrote as he started his post.

'This has been on my mind for a while and if I'm honest I almost wasn't gonna speak from the heart, as sometimes its easier not to say anything at all and move forward, but something for me which started as a very exciting challenge that I couldn't wait for unfortunately didn't end up that way. 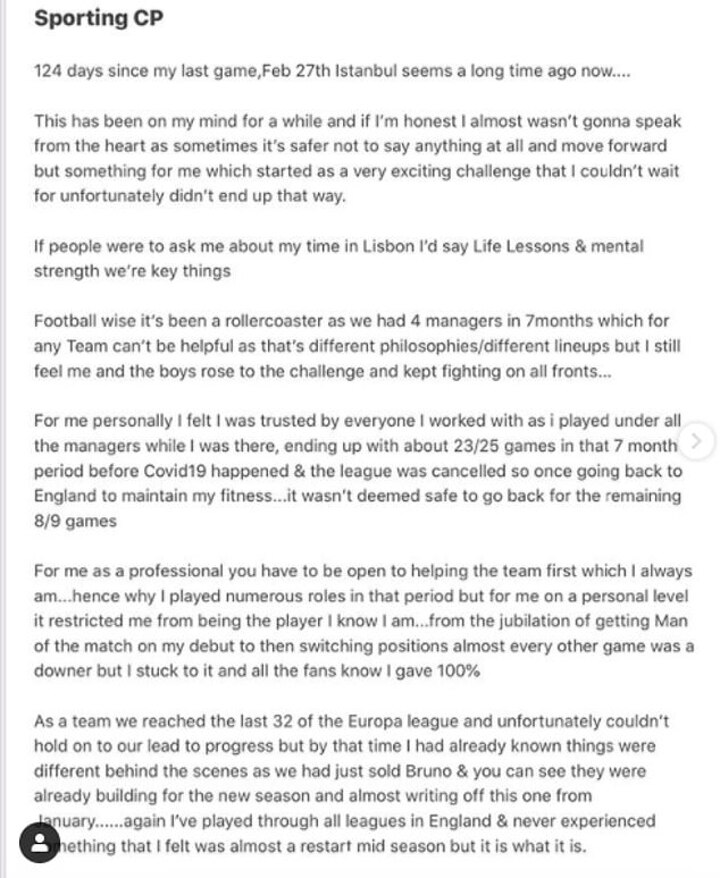 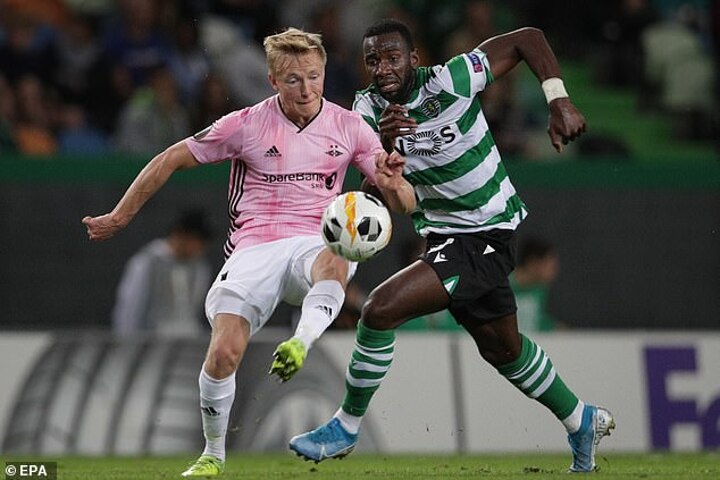 'If people were to ask me about my time in Lisbon I'd say life lessons and mental strength were key things. Football wise it's been a rollercoaster as we had four managers in seven months which for any team can't be helpful as that's different philosophies/different line-ups but I still feel me and the boys rose to the challenge and kept fighting on all fronts.'

Sporting started the campaign under Marcel Keizer, but he was sacked on September 3 before Leonel Pontes was placed in charge. He only lasted until September 26 as the club made another change - appointing Silas until March.

Silas carried on in the role until March 3, with Ruben Amorim taking the reigns ever since. While Bolasie admits he was affected by this, he insists that he had the backing of each manager, despite his performances dipping due to 'switching positions almost every other game'.

He added: 'For me personally I felt I was trusted by everyone I worked with as I played under all the managers while I was there, ending up with about 23/25 games in that seven month period before COVID-19 happened and the league was cancelled so once back to England to maintain my fitness... it wasn't deemed safe to go back for the remaining 8/9 games. 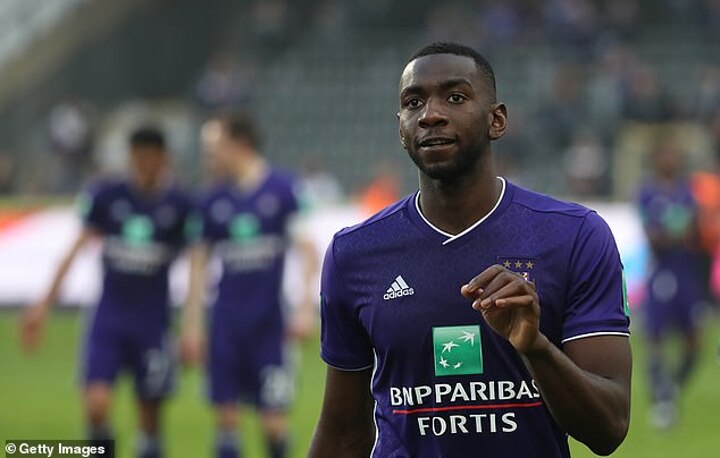 'For me as a professional you have to be open to helping the team first which I always am... hence why I played numerous roles in that period. For me on a personal level it restricted me from being the player I know I am.

'From the jubilation of getting man of the match on my debut to then switching positions almost every other game was a downer but I stuck to it and all the fans know I gave 100 per cent.'

His time at the club also saw star man Bruno Fernandes sold to Manchester United in a £68m deal, and admitted it felt like the club were 'writing off' the season after the loss of the playmaker.

'As a team we reached the last 32 of the Europa League and unfortunately couldn't hold on to our lead to progress, but by that time I had already known things were different behind the scenes as we had just sold Bruno and you can see they were already building for the new season and almost writing off this one from January. 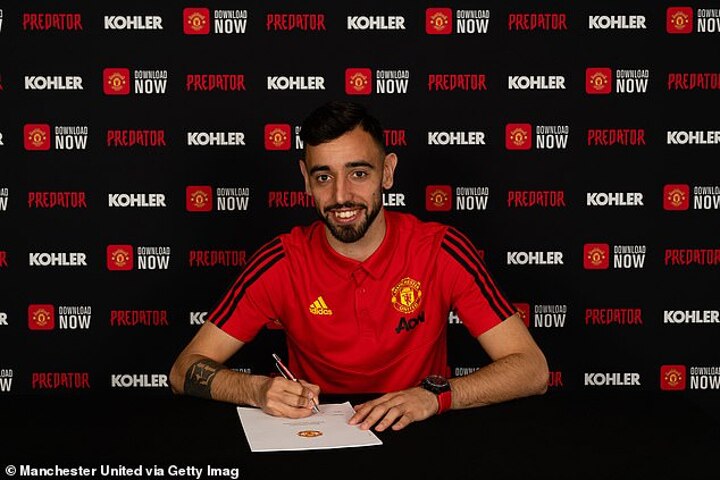 'Again, I've played through all the leagues in England and never experienced something that I felt was almost a restart mid season, but it is what it is.'

Bolasie signed for Everton in a £30m transfer from Crystal Palace in 2016 but the big money move hasn't gone as planned. He has featured just 32 times in four seasons for the Toffees - scoring just twice.

He has been out on loan three times in the last two campaigns. The 2018-19 season saw him sent to Aston Villa for five months before it was ended early. He then joined Belgian side Anderlecht, scoring six times in 17 games.