Paris Saint-Germain (PSG) midfielder Ander Herrera believes Lionel Messi is capable of hitting the 50-goal mark in the upcoming season despite a muted first season in Ligue 1. The 32-year-old midfielder drew a parallel between Lionel Messi and Cristiano Ronaldo to emphasize that the duo can do the challenging task repeatedly. 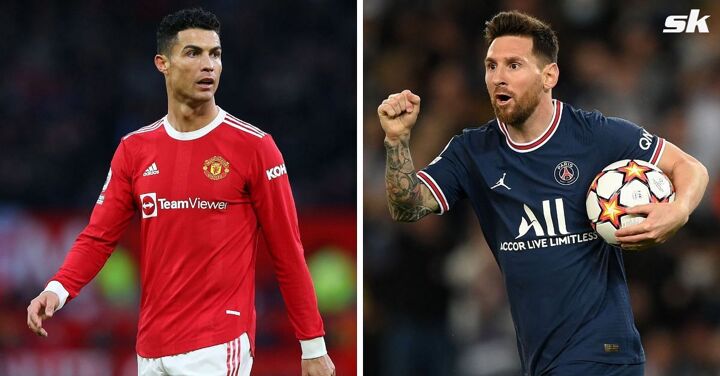 The duo of Argentina's Lionel Messi and Portugal's Cristiano Ronaldo have dominated the football world for the last decade, sharing 12 Ballons d'Or.

Having one 50-goal season is no mean feat in itself, but the two football greats have had multiple such seasons. Those who have played alongside them believe that they can still replicate such performances at will.

One such player is former Manchester United midfielder Ander Herrera, who played alongside Messi at PSG. The Spain international has previously said that Messi is the greatest of all time (as per MEN), and there's no doubt that the Argentine international could hit another 50-goal season.

In an exclusive interview with Diario AS, Ander Herrera said:

“With Leo you can't say that [he will not be able to score 50 goals in a season again]. He is like Cristiano, they never lower the piston. Leo goes with Argentina and he scores five goals for you. Cristiano returns to Manchester and has a great season. As far as the judgments that Leo has to accept another situation, I'm not so daring..."

Lionel Messi joined the French club after leaving his parent club Barcelona, which was reeling under deep financial stress. In his first season in the French capital, the 34-year-old Argentine scored 11 goals and assisted 15 across competitions. Cristiano Ronaldo ended the first season of his second stint with the Red Devils with slightly better numbers, bagging 24 goals and three assists.

Lionel Messi and Kylian Mbappe, who decided to stay put in the French capital, might bring the ultimate European glory the club have been chasing for a long time. The seven-time Ballon d'Or winner will be much more settled in his second year and could provide the lethal edge they would need to win the Champions League.

PSG would want Messi to take the club to new heights and motivate the team into believing that they can win the Champions League. Mbappe has been consistent with his performances across different competitions and his decision to stay in Paris has made the task more achievable.