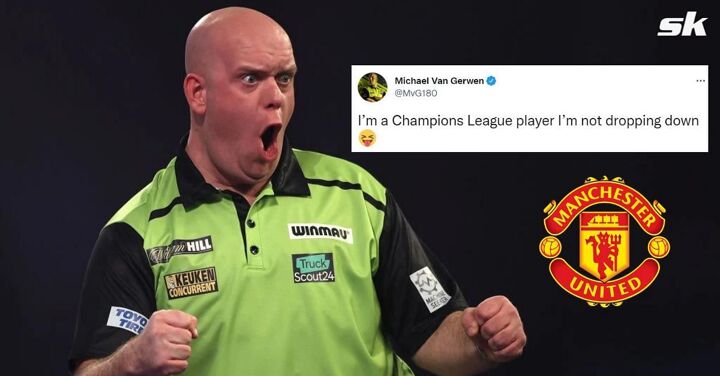 The Red Devils have been linked with countless players this summer with Erik ten Hag looking to rebuild a disappointing United side.

Bookmaker Paddy Power had tweeted a humorous report of summer transfer targets for the Red Devils being leaked, writing:

Van Gerwen responded to the tweet by making a mockery of United's failure to qualify for the UEFA Champions League, saying:

"I’m a Champions League player I’m not dropping down."

Manchester United will be playing UEFA Europa League football next season and are coming off the back of one of the worst campaigns in the club's history.

The Red Devils finished sixth in the Premier League and remain with just three trophies in the post-Sir Alex Ferguson era. The Scot retired in 2013 and United have won just the FA Cup, the League Cup and the UEFA Europa League since then. 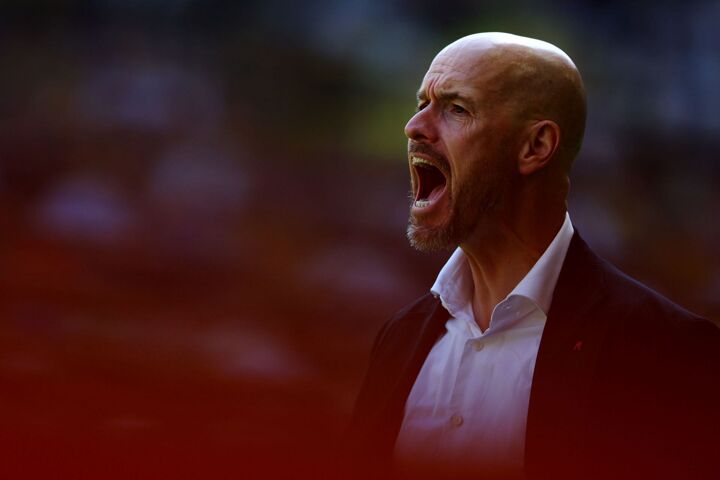 Adding to Michael van Gerwen's mockery of Manchester United, the Old Trafford faithful are beginning to get worried about a lack of progress in the transfer market.

The Red Devils have set their sights on Barcelona midfielder Frenkie de Jong with a second bid expected to be made (per Manchester Evening News). Barca rejected an opening bid of €60million (£51.64m) including add-ons made by United and it seems all their concentration continues to be on that potential deal.

It is plaguing potential pursuits of other targets, including the likes of a new defender and forward. There is yet to be any indication that an arrival is on the horizon.

The Red Devils have made an offer to free agent Christian Eriksen, although the Dane seems keen to remain in London (per The Athletic). Meanwhile, The Mirror reports that Ajax centre-back Jurrien Timber has rejected the opportunity to join Erik ten Hag at Old Trafford.

Manchester United also hold an interest in Timber's Ajax teammates Antony and Lisandro Martinez. But Dutch journalist Mike Verweij (via TheEuropeanLad) reports that they will not sell for less than €80 million and €60 million respectively.