Chelsea have announced their starting lineup for the FA Cup against Liverpool and Kai Havertz is conspicuous by his absence. 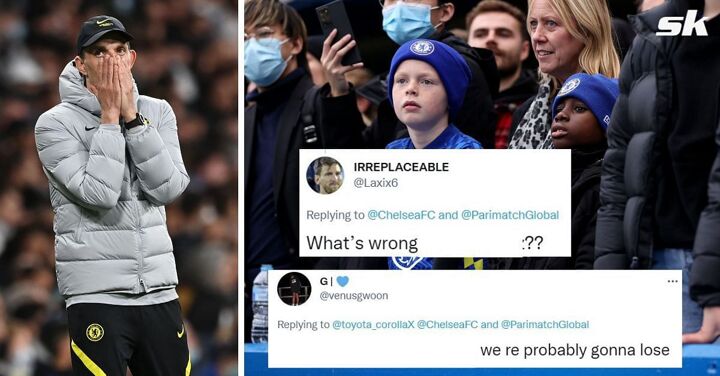 Head coach Thomas Tuchel has picked Romelu Lukaku to lead the line with Mason Mount and Christian Pulisic behind him in a 3-4-2-1 formation.

Havertz wasn't even named on the bench, perplexing the Blues fans, who now fear the worst.

The 22-year-old wasn't injured - at least, there's no news of it so far - and was on the bench during their Premier League victory over Leeds United on Saturday.

Tuchel didn't reveal anything about Havertz's condition in his pre-match press conference either, so this truly has caught the fans by surprise.

Havertz has been an important player for the Blues this season, scoring 13 goals and making six assists in all competitions, many of which have come in important games.

Without him pulling the strings in the attack, Chelsea could have their task cut out and their supporters are demanding an answer.

While some have already given up on their hopes of winning today, a few have avowed not to even tune in for the game.

Since taking charge of the club in January last year, Tuchel has won three titles - the Champions League, the UEFA Super Cup and the FIFA Club World Cup.

Domestic success has eluded him so far and having lost the Carabao Cup final to Liverpool already this season, he'd be eager to finally end the drought here.

Chelsea's recent form doesn't hold them in good stead, especially with Liverpool breathing fire at the moment and boasting a 15-game unbeaten run.

The Blues will have to produce something special today or risk losing a third FA Cup final in a row.