Pierre-Emerick Aubameyang is set to be fined after turning up late when Arsenal’s squad met for the north London derby. 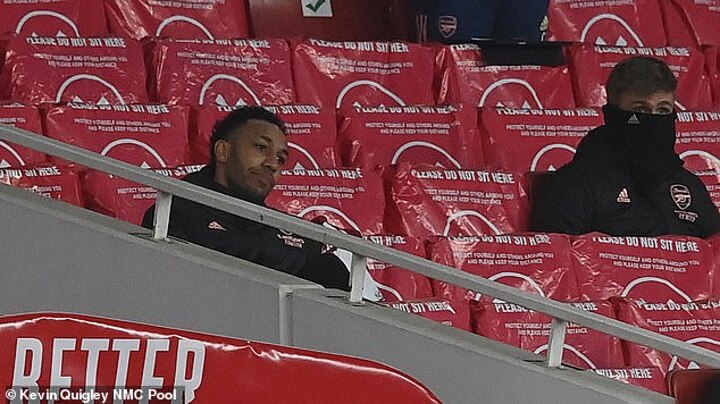 Aubameyang was punished immediately by manager Mikel Arteta, who made the bold call to drop his captain for Arsenal’s clash with their biggest rivals Tottenham.

The Gabon striker was an unused substitute at the Emirates and watched on as stand-in skipper Alexandre Lacazette scored Arsenal’s winner from the penalty spot in a 2-1 victory.

And Aubameyang is facing a fine to go with his benching, following his breach of club rules, as this is not the first time he has been late.

Arteta’s decision was a big one due to Aubameyang’s status and form — he has scored nine goals in his previous 12 games.

But the Arsenal manager has taken a hardline stance on dressing-room discipline and said: ‘I made what I thought was the right decision.

‘(Behavioural standards) is the foundation and the platform that we can build something medium and long term that is sustainable. That’s why I keep talking about it and acting on it.' 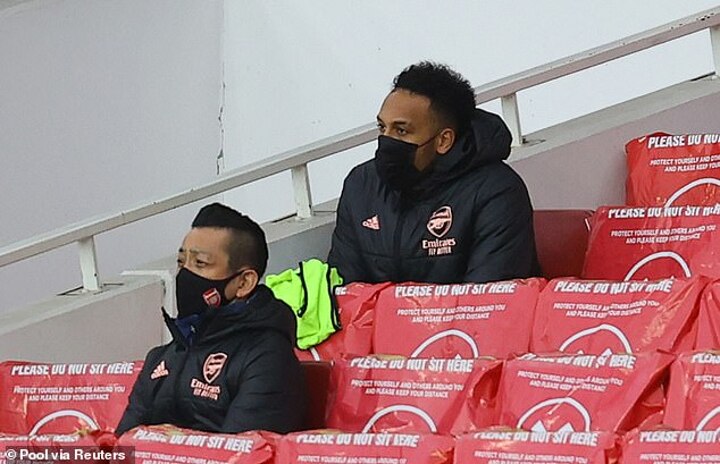 The Arsenal boss, however, played down suggestions of a rift with 'incredible' captain Aubameyang.

He added: ‘We have a way of living together that we have to respect each other and that’s it. But he (Aubameyang) is an incredible guy, he’s probably one of the most important players in the team, he’s our captain. These things happen, we move forward. Let’s enjoy the victory.’

When asked if his faux-pas was lateness, Arteta was unmoved, adding: 'I will never tell anything what happens in the dressing room.'

Arteta instead turned to Alexandre Lacazette to lead the Gunners out at the Emirates while Aubameyang started on the bench.

The Arsenal boss made three substitutions in the 2-1 derby win but elected to overlook Aubameyang, instead putting Nicolas Pepe, Willian and Mohamed Elneny on. 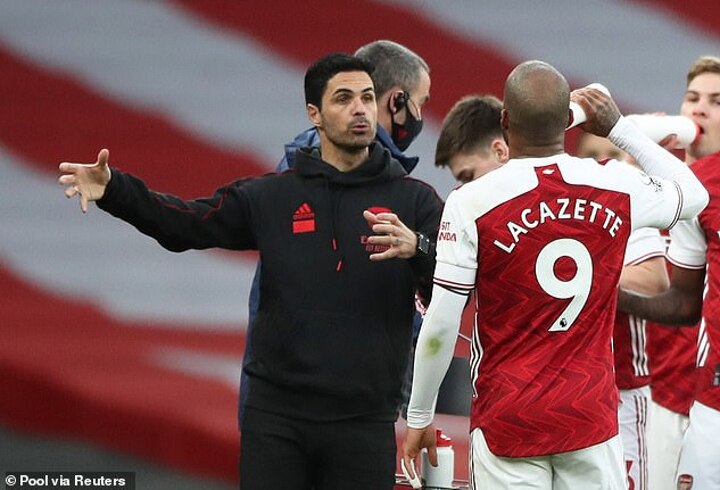 The 31-year-old has been in fine form as of late - scoring twice against Benfica in the last-32 of the Europa League and having found the net four times in his previous three Premier League starts.

Sky Sports pundit and Sportsmail columnist Jamie Redknapp says Aubameyang will be 'disappointed' with the call but believes he will do his best to 'make amends'.

Redknapp said: 'He wants to play in this game obviously. He'll be disappointed. I agree with the guys it's difficult to speculate we don't know but the manager has flexed his muscles.

'It can't be rules for some and different rules for others. He feels that he shouldn't play him in this game.

'But what it does is give a chance to others to whoever has been brought in as a replacement. Drawing a line under it he's on the bench, he'll probably be the sort of character that is desperate to come on and make amends.' 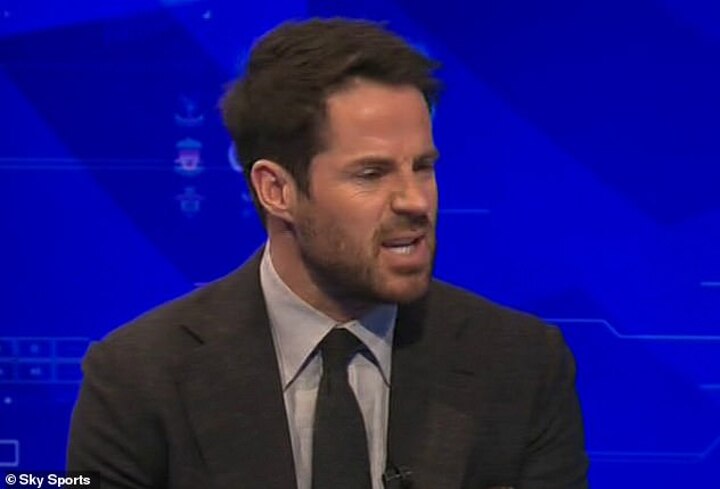