Liverpool and Bayern Munich are two of the most successful and decorated clubs in European football. Both teams have enjoyed plenty of success both domestically and in Europe and continue to be absolute footballing powerhouses. 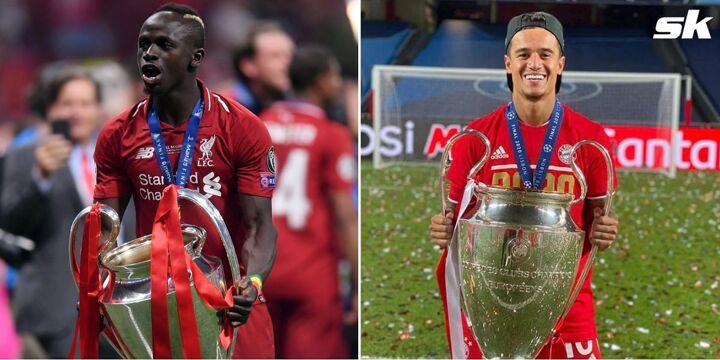 Liverpool and Bayern Munich have both been home to some of the greatest players to have graced the game. While Liverpool did go through slumps in the 21st century, Bayern Munich have more or less maintained their status among the elite all throughout history.

The two sides are packed to the brim with talented players these days. That's one of the reasons there are quite a few players who've switched from one club to the other.

Sadio Mane is the latest to join that distinguished list now that he has secured a move to Bayern Munich from Liverpool.

Mane has been one of the most important players of the Jurgen Klopp era at Liverpool. The Senegal international scored 120 goals and provided 48 assists in 269 appearances across all competitions for the Merseysiders.

Without further ado, let's take a look at five of the best players to have played for both Liverpool and Bayern Munich. 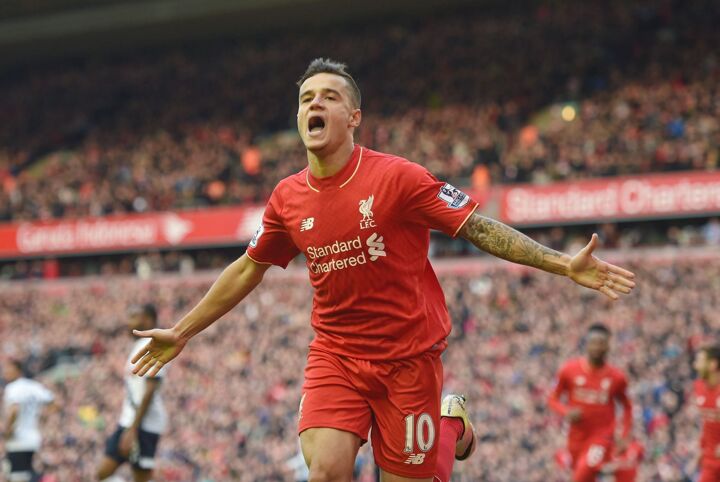 Philippe Coutinho is likely to go down in Barcelona's history as their biggest transfer flop of all time. The Catalans signed him from Liverpool in January 2018 for €135 million. Coutinho got off to a good start there but it soon became evident that he was a poor fit for Barcelona.

He was loaned out to Bayern Munich in the 2019-20 season, where he was influential in Bavarians winning the continental treble. In 38 appearances across all competitions during that season, Coutinho scored 11 goals and provided nine assists.

It is quite unfortunate that his dream Barcelona move turned out to be disastrous. But Coutinho has now returned to the Premier League with Aston Villa and showed some promising signs during his loan spell with them in the second half of the 2021-22 campaign. 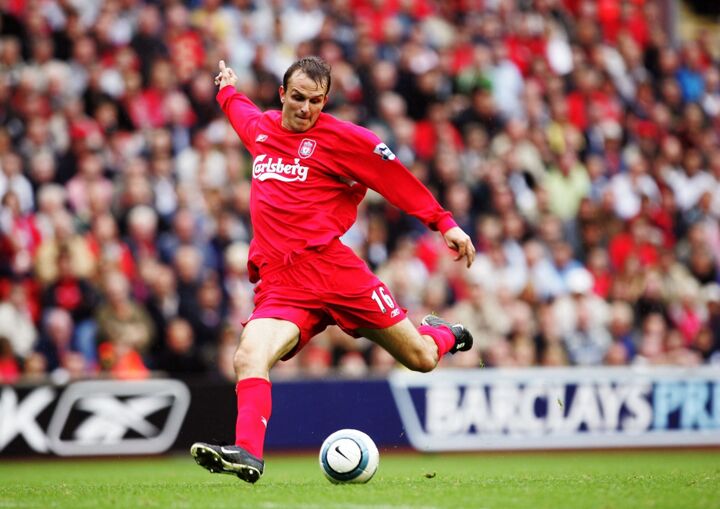 German midfielder Dietmar Hamann, also known as 'Didi' Hamann, is one of the players who have featured extensively for both Bayern Munich and Liverpool. It took a while for him to land his first professional contract as he wasn't a regular in the first team in the early part of his Bayern Munich career.

He would win two Bundesliga titles and one UEFA Cup before securing a move to Newcastle United in 1998. Hamann spent one season at Tyneside before joining Liverpool, where he became a fan-favorite thanks to the composed manner in which he went about his job in defensive midfield.

Despite the player having a broken toe, Hamann's introduction in the second half was crucial to Liverpool's historic comeback win against AC Milan in the 2003-04 Champions League final. He won one Champions League title, two FA Cups, two League Cups and two UEFA Super Cups with the Merseysiders. 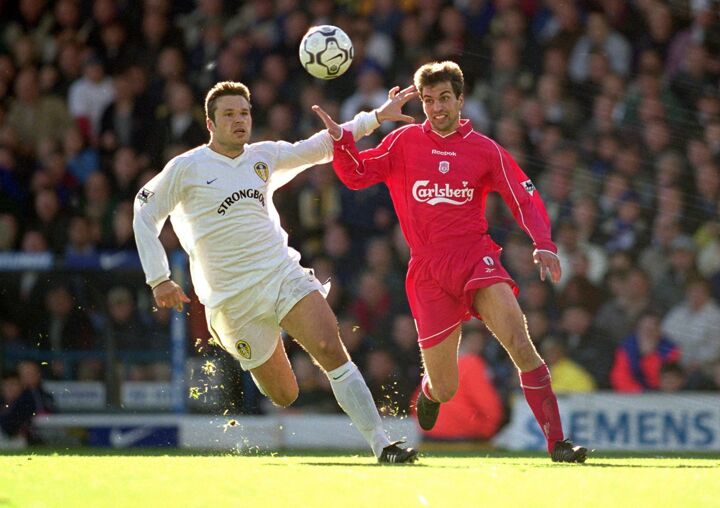 The former German international joined Bayern Munich in 1994 and won three Bundesliga titles, two DFB Pokals and one UEFA Cup with them. The centre-back subsequently joined Liverpool in the summer of 2000 and had quite an impressive outing in his debut season in England.

He won the FA Cup and League Cup with Liverpool in the 2000-01 season. A muscle weakness issue called Guillain-Barre forced Babbel to take a hiatus from the game but he returned a year later and joined Blackburn Rovers on loan. 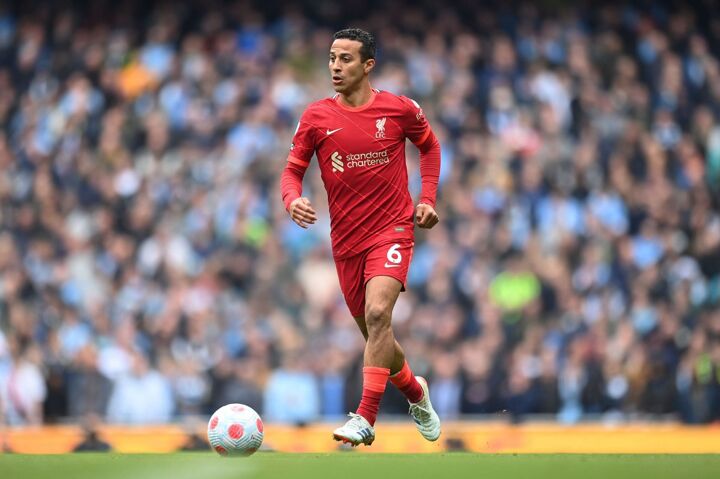 Thiago Alcantara is one of the modern day greats. A product of Barcelona's famed youth academy La Masia, Thiago is a central midfielder in the mold of legends of the game lande Xavi or Andres Iniesta.

The Spain international is one of the most technically gifted footballers of his generation and it's an absolute joy to watch him dictate play from the base of midfield. Thiago is one of the most creative playmakers we've seen in recent times and his distribution and vision are simply exemplary.

He won the Bundesliga title in all seven of his seasons with Bayern Munich. Thiago also picked up four DFB Pokals and secured a switch to Liverpool in the summer of 2020 shortly after winning the Champions League with the Bavarians.

Thiago took some time to hit his stride at Liverpool. He endured a difficult debut season in the Premier League but grew into an influential figure in the 2021-22 season. Thiago was an integral part of the side that won the FA Cup and the League Cup this past season. 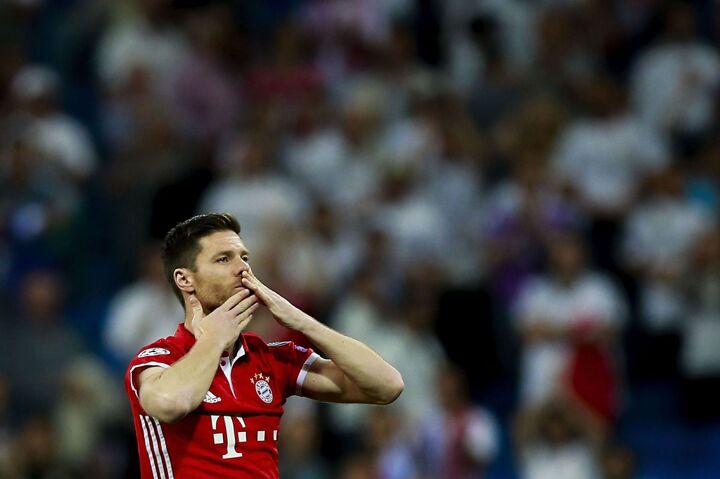 Xabi Alonso has played for some of the greatest European clubs. It was at Liverpool that he first rose to prominence. Alonso moved to Liverpool after helping his boyhood club Real Sociedad win the La Liga title in the 2002-03 season.

Rafael Benitez signed his countryman at Liverpool in 2004 and Alonso went on to play a key role in Liverpool's historic Champions League triumph in the 2004-05 season. Alonso quickly established himself as one of the best holding midfielders in the world and signed for Real Madrid in 2009.

After enjoying a successful five-year spell with Real Madrid between 2009 and 2014, Alonso secured a move to Bayern Munich. He was 33 by then and was perceived to be walking into the twilight of his career.

But the midfield maestro ran the show for the Bavarians from midfield and won the Bundesliga in all three seasons he spent in Germany.