Mikel Arteta remains optimistic when it comes to Bukayo Saka’s future at Arsenal, with the Gunners trying to extend the 18-year-old’s contract amid talk of interest from Manchester United and Liverpool. 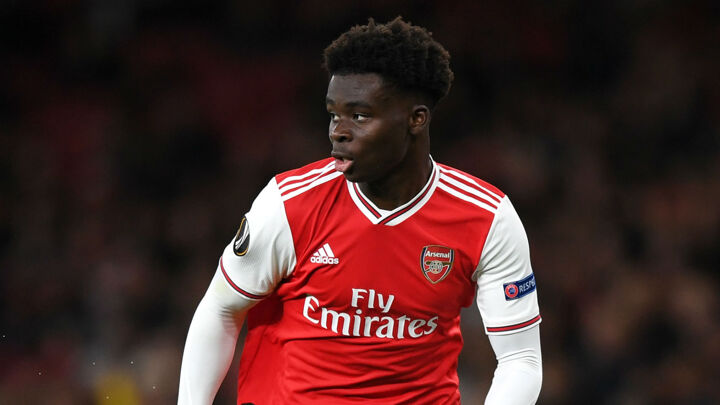 Another highly-rated academy graduate has burst onto the scene at Emirates Stadium this season.

A senior bow was made during the 2018-19 campaign, but further potential has been unlocked this term.

Saka has also seen his versatility put to good use, with Arteta deploying him at left-back during the injury-enforced absences of Kieran Tierney and Sead Kolasinac.

The youngster has taken in 23 appearances across all competitions and fully established himself as part of the first-team fold.

Putting fresh terms in place has proved problematic for Arsenal, with Premier League rivals monitoring events closely, but Arteta believes agreements will be reached with those who are deserving.

With Saka in that category, he told reporters of the teenager’s future: “I am really happy with how they [young players] are developing.

“Part of that developing is to improve the contract and to tie them to the club. But that has to follow a natural process.

“We have Edu, we have Raul [Sanllehi], Vinai [Venkatesham] and Huss [Fahmy] who are in charge of that and I am sure we will do the right thing when players deserve to improve and extend their contracts.”