Arsenal's critics have been lining up to have their say, but Mikel Arteta insists his players need to hold their tongues and do their talking on the pitch. 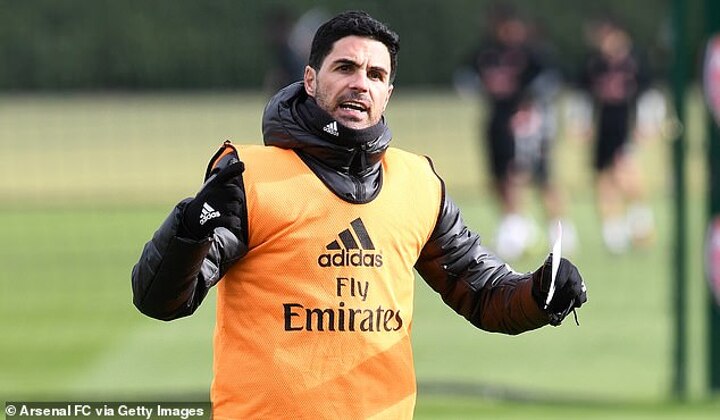 Pundits Gary Neville and Jamie Carragher, plus former Arsenal midfielder Emmanuel Petit, are among those who have delivered damning assessments of the Gunners in wake of their 3-0 home humiliation by Liverpool.

Neville said some of Arsenal's players looked like a 'little mafia' and performed as if there was a 'disconnect between them and the manager'. 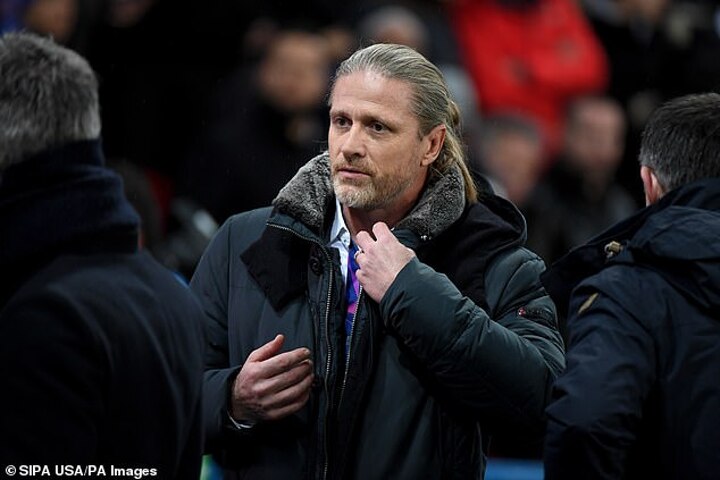 Carragher singled out captain Pierre-Emerick Aubameyang, while Petit claimed some of Arteta's squad make Arsenal look like a 'retreat football club' and labelled them 'average'.

Arteta said: 'After the performance that we had against Liverpool, we have to be mute and we have to perform. That is the only thing we have to do.

'It's not the time to respond, it's time to talk on the pitch and show what we can do. When we are at full gas, that is a lot.' 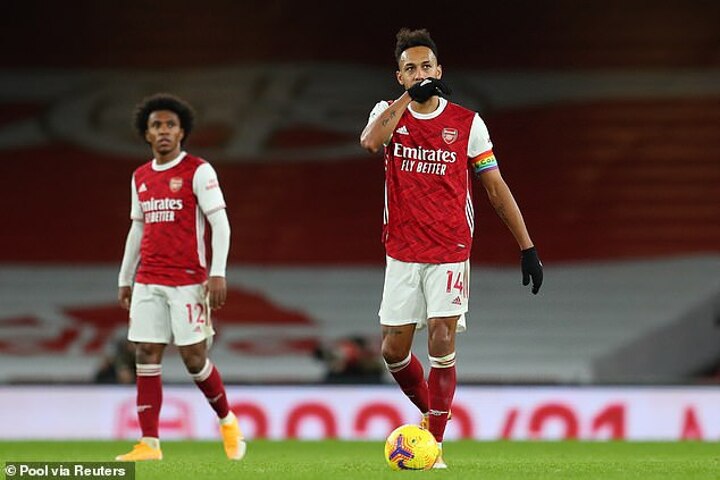 Way off the pace in the Premier League, the Europa League looks like Arsenal's only realistic route into next season's Champions League - the defeat by Liverpool, therefore, could be timely.

'It was a big shock to the system what happened against Liverpool,' Arteta said ahead of Slavia Prague's visit for tonight's Europa League quarter-final first leg.

'Sometimes a punch or a big slap in the face is a good thing to go back to reality.'