After nine years at Aleti as Diego Simeone's assistant, Mono Burgos wants to become a coach in his own right and will leave Atlético Madrid to fulfill his dream. 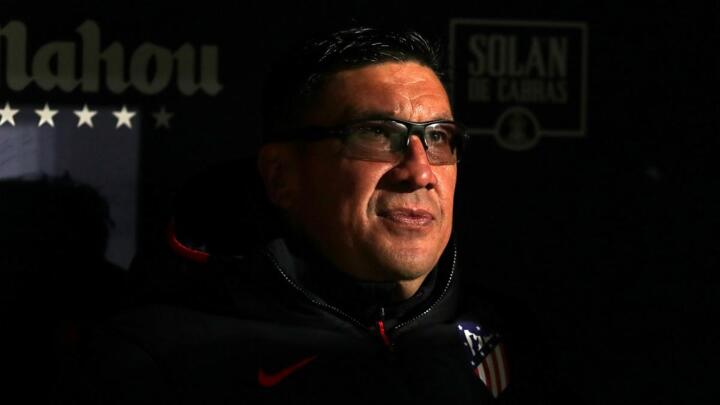 Diego Simeone's long-time assistant at Atlético Madrid, Germán 'Mono' Burgos is set to leave at the end of the season to pursue his ambition of becoming a coach in his own right. Burgos was a team-mate of Simeone's at Atleti and the Argentina national team before linking up with El Cholo again as an assistant at Catania and then Racing Club.

Simeone brought Burgos with him to the Spanish capital in 2011 and he helped secure LaLiga glory for Atlético in the 2013-14 campaign. The duo have also won the Copa del Rey and two Europa Leagues with the Rojiblancos, and were runners-up twice in the Champions League.

Mono Burgos: It's time to move on

Over recent weeks, it had been speculated Burgos would seek pastures new and he confirmed the news on Wednesday. "At the end of the current 2019-20 season I will take my first steps as a head coach," he told Atlético's official website.  "I think that with over 10 years' experience in the first division, I'm fully qualified to manage a team. It will be influenced by those people who have made me who I am as a coach and a person. I carry them in my soul. Luis Aragonés, Carlos Griguol, Marcelo Bielsa… people who have influenced me. It's a normal step for a second coach who wants to become a head coach."

On his relationship with Simeone, Burgos added: "He's a friend, we've known each other for such a long time. We understand each other with gestures, without gestures, with a glance, with a headbutt. I've said this before but I've had lunch and dinner more times with El Cholo than with my own family. We've been together eight years in the Argentina national team, several years at Atlético Madrid as players and eight years here as coaches. It's a lot of time."

Burgos spoke about his favourite moments at Atlético but says he still has ambitions he wants to achieve. He said: "The celebrations at the Neptune Fountain, those red and white rivers and there are two specific moments - the first one was when El Cholo and I hugged when we won the league. That first hug, then there's that last hug we had in the changing rooms at Anfield [when Atleti defeated Liverpool in the last 16 of this season's Champions League].  And, listen to this,  we owe ourselves the third one when we win the Champions League, because we have goals to be achieved."