Mario Hermoso has been included in Atletico Madrid's 23-man squad that will take on Barcelona at the Camp Nou on Tuesday night after recovering from an issue with his adductor. 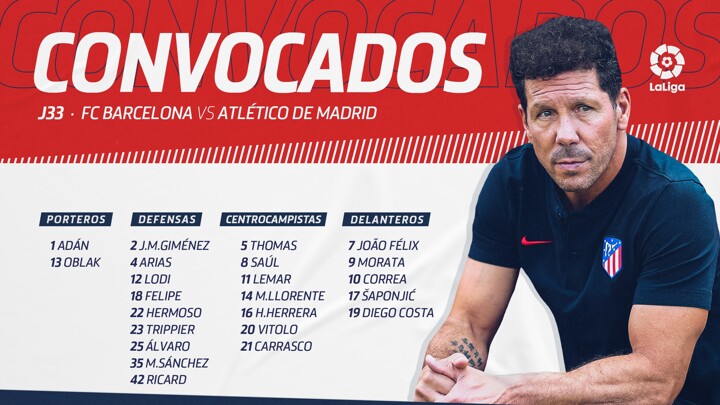 Given that Stefan Savic is suspended, Diego Simeone has decided to call up Alvaro Garcia from the club's B team to ensure that he still has four centre-backs available.

Ricard Sanchez and Manu Sanchez, Alvaro's teammates with Atletico B, have also made the squad.

As well as the aforementioned Savic, Koke is also suspended for the encounter against Barcelona.

Atletico tried appealing the yellow card he picked up against Alaves, but they were unsuccessful.