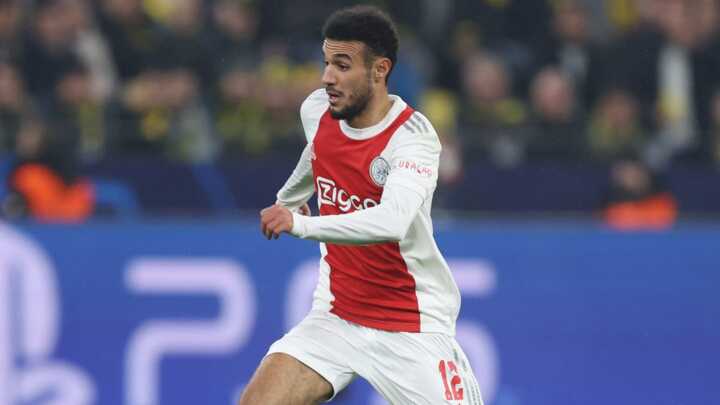 Bayern Munich's move for Noussair Mazraoui is on "the home stretch", according to manager Julian Nagelsmann, who applauded the Ajax man as the "kind of player" he wants at Allianz Arena.

The Morocco international will leave the Netherlands after a trophy-laden stint to join the Bundesliga champions next term on a free transfer.

The final matters are still being ironed out, but that has not stopped his new coach from waxing lyrically about their courtship.

What has Nagelsmann said about Mazraoui?

"With Mazraoui, we are on the home stretch," Nagelsmann stated when asked where the deal stood for the Ajax man. "There are still final details that need to be clarified.

"If it works out, then we have a very goood player that we're very happy about. I didn't feel like we had to do a lot of convincing.

"The first conversation was that he was extremely on fire, in terms of form, and that he only wanted to play for Bayern. The thing was bagged relatively quickly. Those are the kind of players and conversations we need, players who have that hunger and push other players."

What is Mazraoui's career to date?

A three-time Eredivisie champion during his time in Amsterdam, the Morocco international is not the only face to leave the club, as boss Erik ten Hag also departs for Manchester United.

He leaves behind six honours claimed during his stay at the club, as well as selection for the 2019 Africa Cup of Nations during his time with them.

In addition, he was named the club's player of the year in 2019.