Belgium forward Eden Hazard said he was starting to find his form again after a solid 65 minutes in their 2-1 Nations League home win over Wales on Thursday, but admitted he needed more game time at Real Madrid before the World Cup. 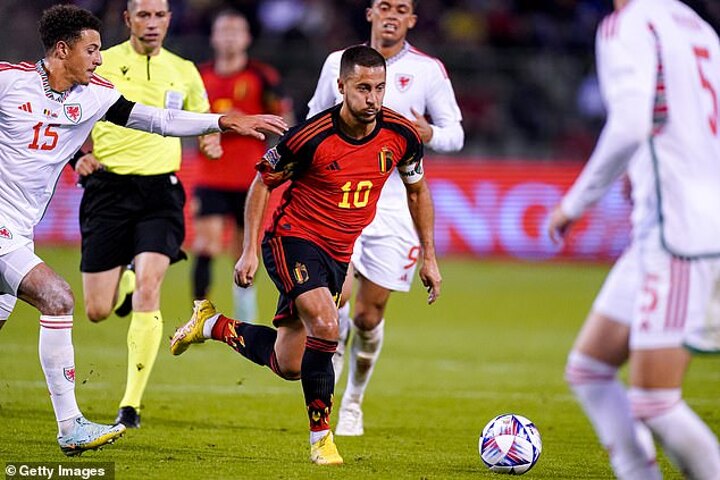 Hazard has barely featured for Real this season after making only one start, something he called a 'delicate situation', and by his own admission it has thrown his place at the finals in Qatar in doubt.

He showed flashes of his quality in the first half against the Welsh and was pleased with his contribution before being substituted just past the hour mark.

'I was happy to start another match,' Hazard told RTL. 'You saw that, I think. I'm happy when I play and it was nice to play for the supporters here (in Brussels) again. Our first half was very good.

'I know what I can do. Now I want to get in shape for the World Cup. We'll see what the coach (Roberto Martinez) decides, but I'm happiest when I play.

'When I play, I give it my all. It's a delicate situation at Real Madrid. I feel like playing more, but I can't do more. 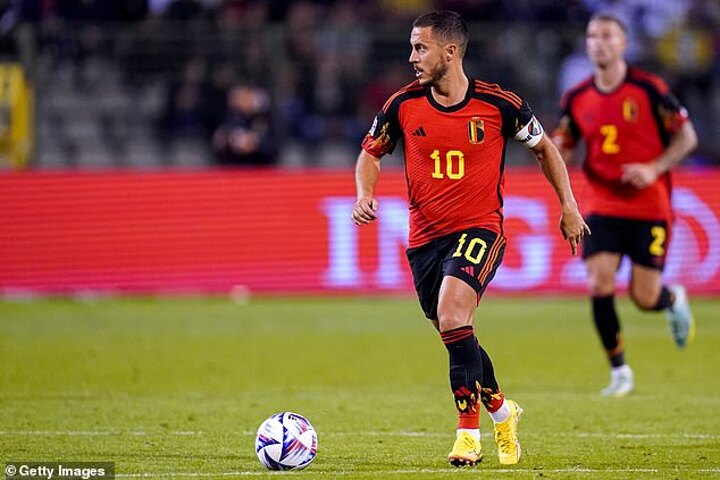 'I've always said the old Eden Hazard will come back when he plays. I just need to get back into the rhythm.'

Belgium can still qualify for the Nations League semi-finals but they must beat the Netherlands by three clear goals in Amsterdam on Sunday to top their group.

'We are going to try to play a good game there and prepare ourselves for the World Cup,' Hazard added.