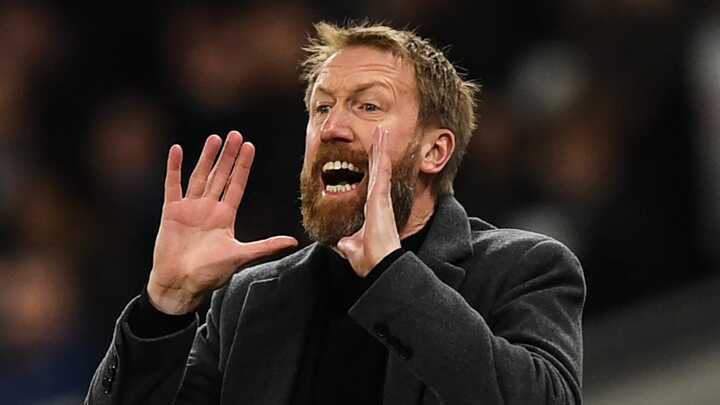 Graham Potter admitted that he acted like "a bit of an idiot" when celebrating Brighton's 4-0 rout of Manchester United, but says that it was nice to be able to enjoy the moment with the club's supporters.

The Seagulls boss was spotted leading chants with fans in the car park long after the full-time whistle following a rout of the Red Devils which brought the winning feeling back to the Amex Stadium.

Now, Potter has revealed there was more to the story than meets the eye, while acknowledging that it was good to feel the release after a rousing victory.

What has Potter said about his celebrations?

“I couldn’t get back to my car,” Potter stated. “That was the only way so I had no choice, essentially. I am actually an all right person, you know? I have got a bit of emotion and am quite good company if you spend it out of this situation, I’d like to think!

“My role is to help the team and I have to try to be myself to help the team in the best way I can. I’ve always said I don’t think it’s good to show no emotion at all, that’s a bit strange. I think I have shown emotion over the last three years – and sometimes not in a good way.

“But after you beat Manchester United 4-0 and play the way we did and you see the supporters and you feel their frustration over a season and the home record, sometimes it’s nice to walk through them and act like a bit of an idiot!"

What has Potter said about Brighton's run-in?

Brighton head to face Leeds this weekend looking to cement a fine run-in against a relegation-threatened host, and Potter assured fans that there would be no easy ride for the Whites as they struggle to survive.

“The guys want to finish as well as they can,” he added. “They’re young, ambitious, they want to do well. Everyone’s fighting for the points. That’s what the Premier League is. Leeds don’t expect us to turn up there and have a nice, relaxed game.

"They’ll know we are there to compete, to take the points ourselves, and that’s what makes the league so difficult. We’ve been down there and you don’t get any help from anybody, you’ve got to do everything yourself."