Roberto Carlos has revealed that Vicente del Bosque organised Real Madrid's training sessions to start in the afternoon as he was aware that some of the stars would skip morning sessions. 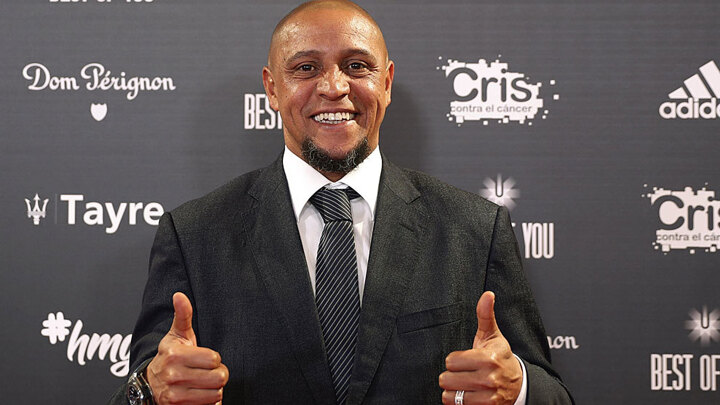 The Brazilian left-back discussed the Galacticos' relationship with some of the coaches they had and shared some anecdotes of their spells.

"[Del Bosque] was more a friend," he told the Canal 11 of Portugal.

"You don't need rules, the player knows what he has to do.

"He understood us perfectly.

"He didn't put them at 11:00 in the morning because almost nobody came."

The Brazilian went on to indicate that Antonio Camacho tried to be stricter with the players.

"At the time of Galacticos there were seven and it was a danger in the locker room," he continued.

"We always controlled it well and we had a good relationship, except with Camacho who lasted 10 days.

"He came to the dressing room and greeted everyone, very seriously and with history at Real Madrid.

"I just watched to see what he was going to say and he said 'I want everyone tomorrow at 7:00 in the morning'.

"We talked to him to try to change the schedule, as we had our habits."

Vanderlei Luxemburgo didn't manage to deal with the dressing room and their special habits either.

"The same happened with Luxemburgo, as we had the habit of arriving at the base, leaving our bags in the room and before dinner we had our beer and our wine," he noted.

"There were always two bottles of wine on the table.

"Ronaldo and I told him 'coach, the people here have their habits so try not to change them and don't remove the bottles of wine and beer from the table before dinner because we are going to have problems.'.

"What did he do? He removed the beers first and then the wine bottles.

"The world of football is small, the news arrived to the board and 'ciao'."