The Premier League is back after 75 days. It was ecstasy for Arsenal and disappointing for Crystal Palace as the Gunners kicked off their 2022/23 campaign with a deserved 2-0 victory over the Eagles at Selhurst Park. Patrick Vieira's side went down to a first-half header from Gabriel Martinelli and an own goal from Marc Guehi in the 85th minute. 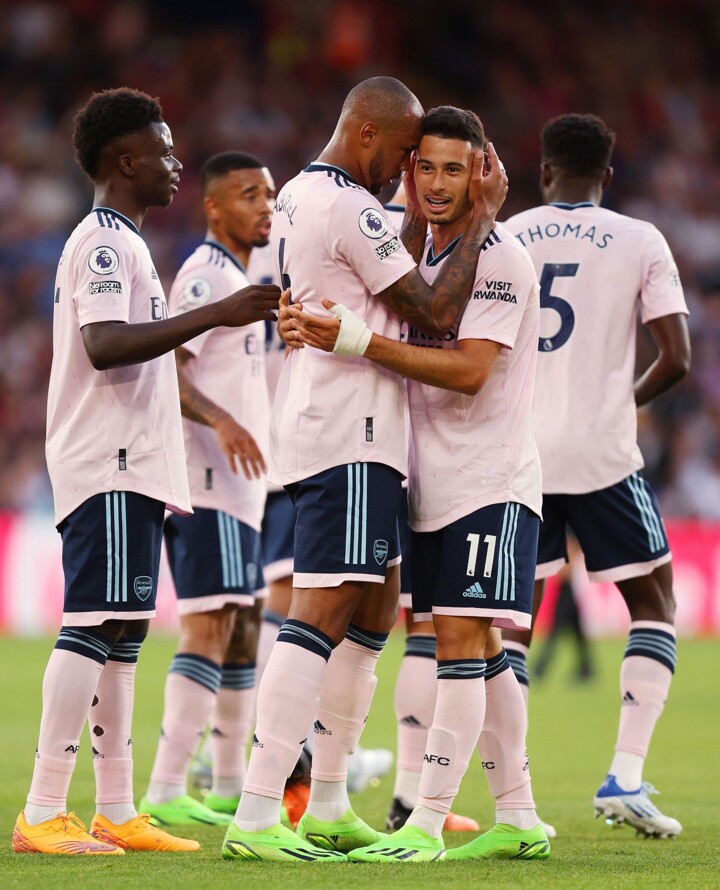 The visitors were nearly off to a terrific start but Gabriel Martinelli drove his shot just wide in the 4th minute. Debutant Gabriel Jesus danced his way through the Palace defense before finding his compatriot, who failed to convert from 5 yards early on in the game.

However, the young forward made amends 16 minutes after that glaring miss through a well-rehearsed corner. Bukayo Saka found Oleksandr Zinchenko unmarked in the penalty box. The Ukrainian guided the ball into the dangerous territory and found Martinelli, who found the back of the net with a glancing header at the far post.

Aaron Ramsdale was forced into action a couple of times. The 24-year-old shot-stopper saved a close-range header from Odssone Edouard in the first half. Eberechi Eze tried to drill the ball past the Gunners goalkeeper, but his attempt was unsuccessful as Ramsdale rushed down in no time and helped team's cause by procuring the first cleansheet of the season.

When the hosts were retaining possession during the latter stages of the game to create chances, a rapid counter attack culminated in an own goal from centre-back Guehi to put the game beyond Palace's reach.

We shall look at 5 talking points from the Gunners' opening day victory.

#5 Perfect day for the Arsenal debutants 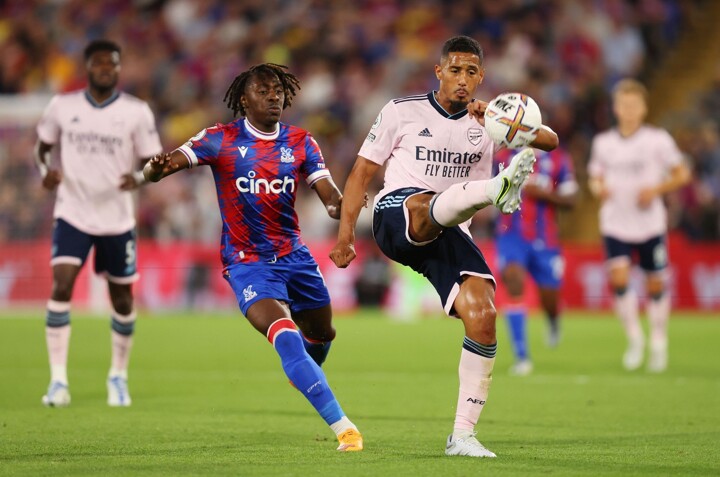 Debutants Gabriel Jesus, Oleksandr Zinchenko, and William Saliba were some of the standout performers for Arsenal. Gabriel Jesus looked lively with his runs and vision to spot his teammates in the final third while William Saliba looked assured at the back for Arsenal with his calmness on the ball. Zinchenko, on the other hand, bagged an assist finding Gabriel Martinelli in the first half.

The trio rarely put a foot wrong and helped Arsenal across several areas of the pitch. Mikel Arteta will be hoping that Jesus, Zinchenko and Saliba will be able to build on from today's sumptuous display. 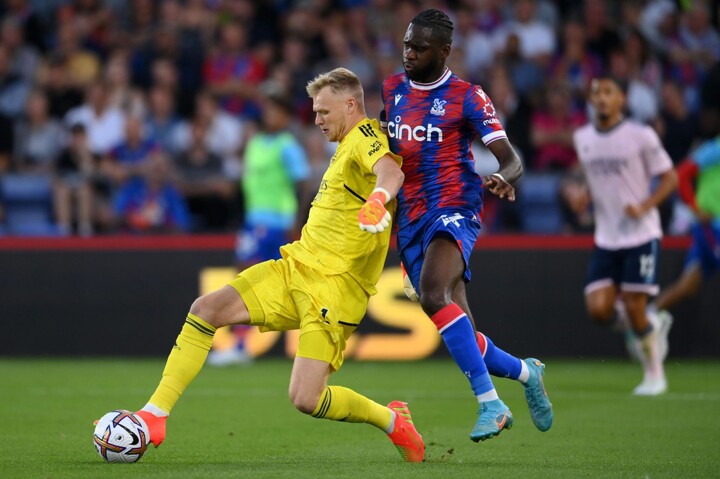 Aaron Ramsdale was not assured in between the sticks on a few occasions, but he managed to shun down Crystal Palace and gain his first cleansheet of the season. The English international made two crucial saves to prevent the hosts from scoring their equalizer. He denied Edouard and Eze from finding the back of the net in the first half and second half respectively.

The former Bournemouth shot-stopper's distribution was also good as he completed more than half the long passes attempted. There's still scope for improvement, but Ramsdale's importance in Arsenal's buildup play cannot be underplayed. 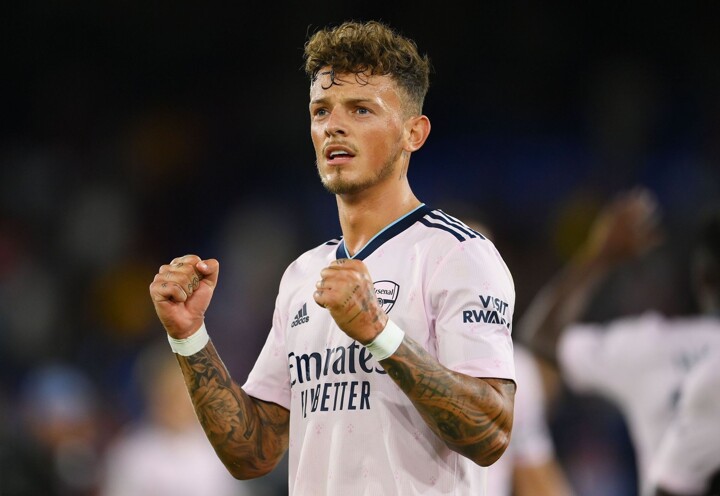 The Gunners were in search of more goals after scoring the opener in the first half, but couldn't find the back of the net until the latter stages of the second half. Palace, on the other hand, gained momentum as the game progressed and gave some trouble to the visitors' backline with their intricate passing. Despite being put in a tough spot, Arsenal didn't let their heads fall and kept their cool to procure their first victory of the season.

Despite missing a gilt-edge chance in the opening minutes of the game, Arsenal kept on pushing until they found the opener through Gabriel Martinelli in the first half. Their resilience paid off in the 85th minute when Bukayo Saka's cross was diverted into his own net by Guehi to claim a deserved victory. 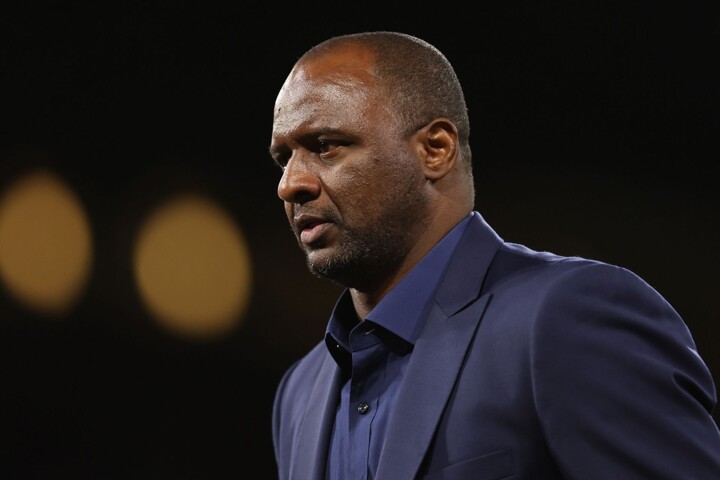 The performances of centre-back Joachim Andersen and debutant midfielder Cheick Doucoure should not go unnoticed even though Crystal Palace looked sluggish for most parts of the game. The Danish defender was arguably the best passer of the ball during the first half as he completed most passes and most final third entries.

Cheick Doucoure did not get good support from Jeffrey Schlupp, who did not enjoy the face-off with Thomas Partey and Granit Xhaka. The debutant, on the other hand, kept the opposing midfielders quiet with his constant pressing and defensive abilities.

#1 Best way to begin for Arsenal 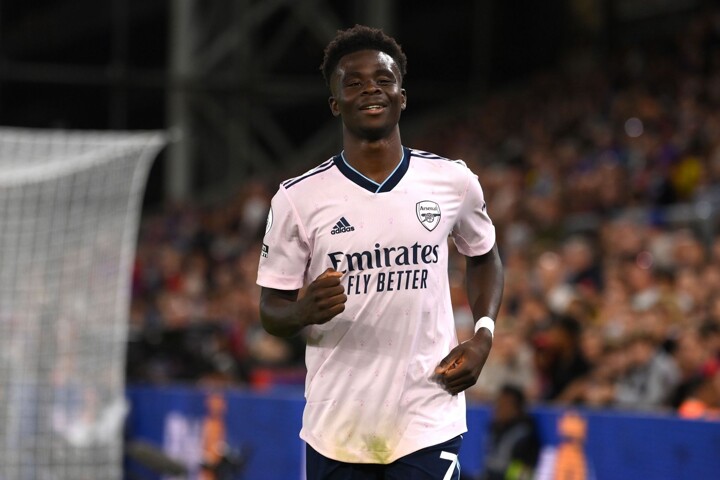 No team enjoys traveling to Selhurst Park since it has one of the best home supports in the English top-flight. The fact that Arsenal have managed to see off the Eagles convincingly in their backyard must boost their confidence on the back of exciting summer signings and the addition of William Saliba on loan from Marseille.

The London outfit are continuously keeping tabs on several players to strengthen their squad before the transfer window closes. Nonetheless, this victory should be the perfect foundation for Mikel Arteta to build on.