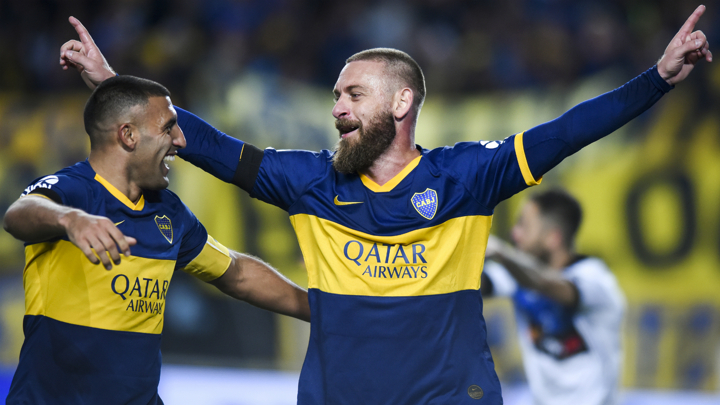 Daniele De Rossi marked his Boca Juniors debut with a goal in a dream start to his career with the Argentine giants.

The midfielder had an instant impact in his first competitive match for the club, heading in the opening goal against Almagro in the Copa Argentina on Tuesday.

The former Italy international only scored 63 goals in 616 games for Roma, but made a dream goalscoring start to life at Boca.