Two wins from two since the Championship restart for Derby. And with the unearthing of two midfield gems from the academy and England's record goalscorer dictating matches as captain, who's to say that won't continue? 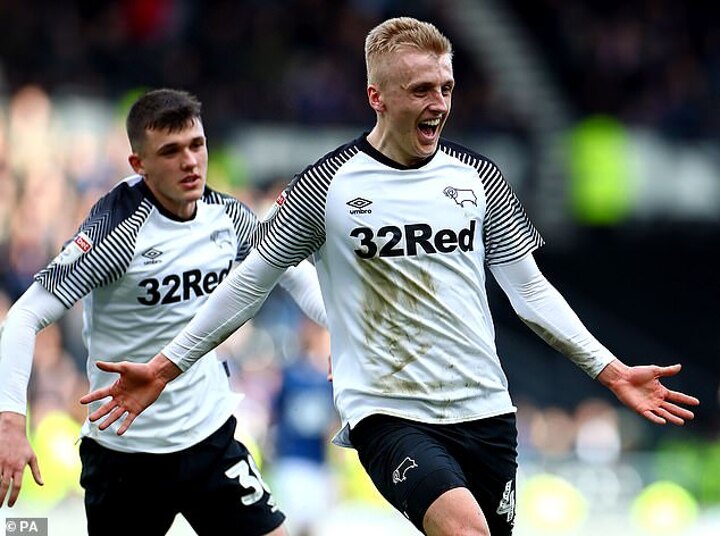 Phillip Cocu's side face play-off rivals Preston on Wednesday just three points outside the coveted top-six, following a 2-1 victory against Reading on Saturday.

Those three points came after a Louie Sibley inspired a win on the road against Millwall on June 20, with the 18-year-old maestro scoring a stunning hat-trick at the Den. 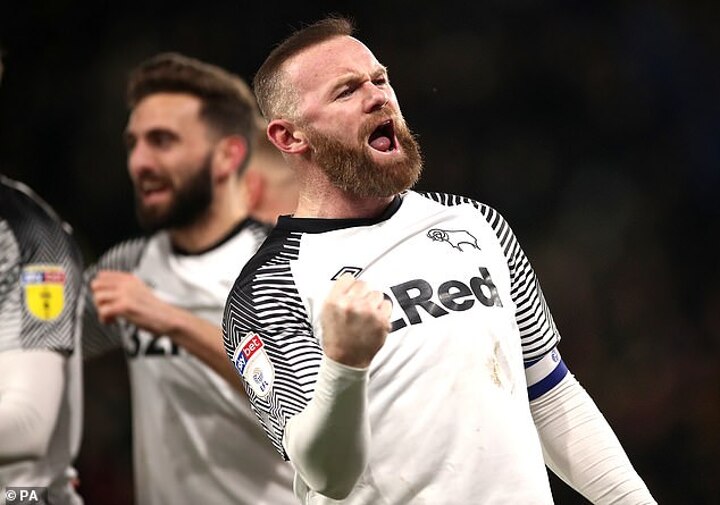 Sibley is one of a number of factors as to why Rams fans should be hopeful that a play-off spot, and a shot at the big-time once again, could be obtained from what looked like an unsalvageable season at the back end of 2019.

Back then, Derby fans were looking nervously behind them rather than optimistically ahead. After a 3-0 defeat by Reading on December 21, Derby were in 17th place, just six points outside the drop zone.

But since Rooney's arrival from DC United on January 1, the upturn has been obvious. From 14 games, Derby have lost just three - and all those by just a one-goal margin.

The 34-year-old himself has had an impact on and off the pitch. Occupying generally a deeper role to even his midfield transformation at Everton a few years ago, Rooney is controlling the pace of games with his positional sense and wonderful array of passing. 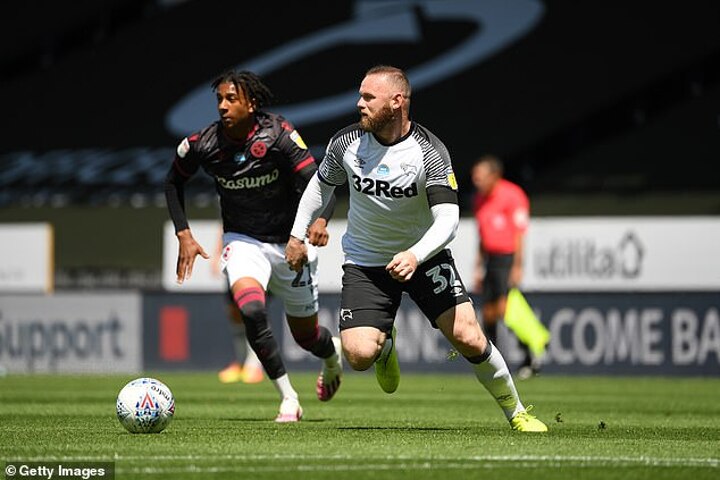 He's also scored five goals in all competitions, including the decisive penalty at the weekend against Reading.

But perhaps it's more off the pitch where Rooney has had the biggest effect.

It's easy to forget the depths of despair Derby were in earlier this season, when club captain Richard Keogh was injured after a car crash, and team-mates Mason Bennett and Tom Lawrence arrested for drink driving. 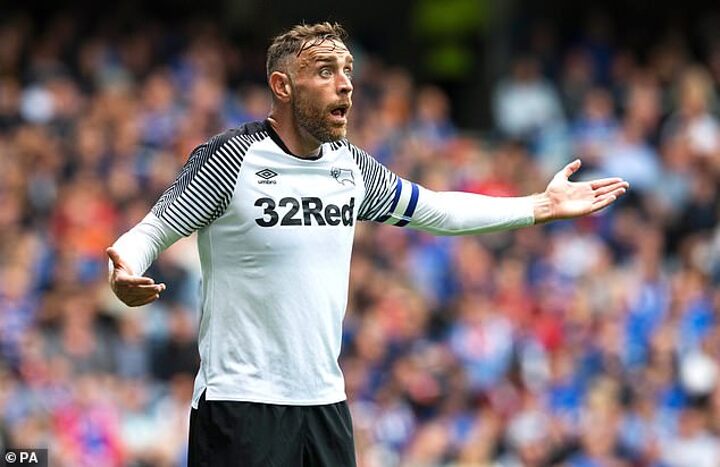 Keogh, who was ruled out for the remainder of the season, was controversially released of his contract for gross misconduct, while Bennett and Lawrence were fined six weeks of wages.

On the pitch too, Lawrence showed as recently as Saturday his lack of discipline at times can come to the fore over his undoubted ability.

Lawrence and Reading defender Matt Miazga were involved in a furious bust-up which saw the pair sent off, but only after the final whistle had blown. 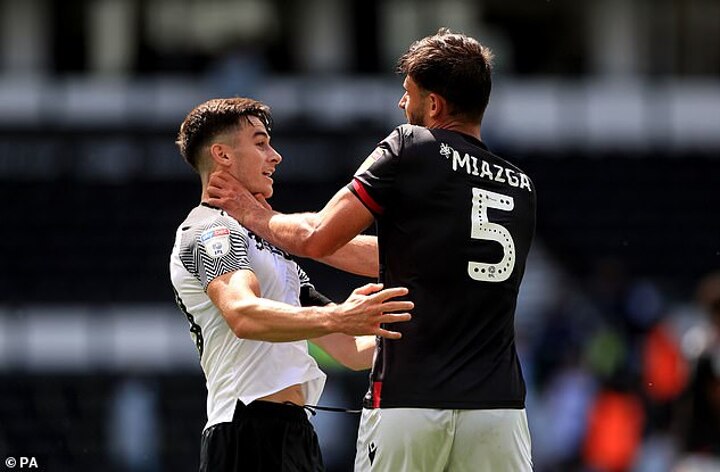 The pair approached each other and became embroiled in a physical altercation seconds after referee Scott Duncan had blown for full time - the duo nonchalantly came together and bumped chests before Miazga appeared to hit out at Lawrence, who scored Derby's first goal.

He will now be suspended for the trip to Preston, but that's not to write off other key players in this exuberant side blended with experienced nous.

Max Bird, who made his debut three years ago at 16 years of age, has slotted in seamlessly since bursting back into the starting XI in December, and his partnership with Rooney in midfield has blossomed game-by-game. 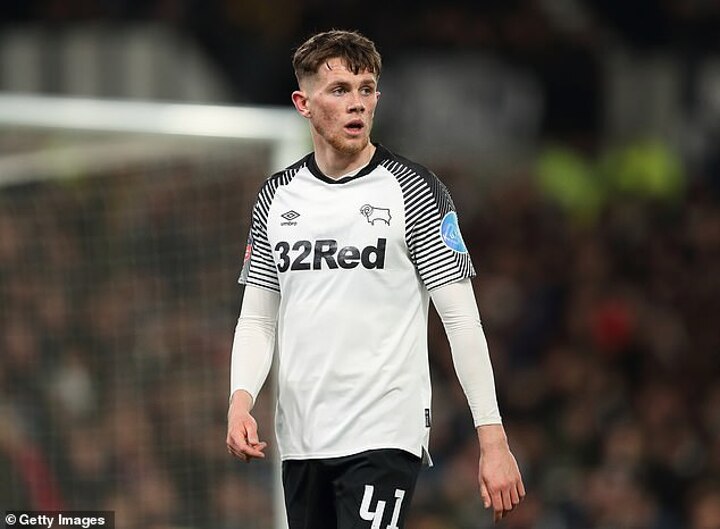 But it's Sibley's emergence which has been most startling - and exciting.

In his first start against Blackburn in March, the 18-year-old scored a 30-yard rocket with his left-foot in a 3-0 win.

But after the three month break due to the coronavirus crisis, Sibley picked up exactly where he left off.

In Derby's first game back against Millwall, he scored three goals - one of which was a brilliant, mazy solo effort - to leapfrog opponents Millwall. 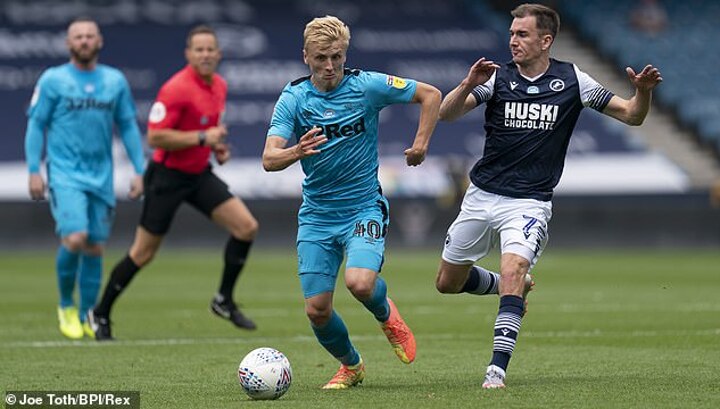 A similar opportunity arises at Deepdale this Wednesday. Level on 57 points, Preston and Derby are the most likely contenders to gatecrash the play-off party, with Cardiff the current occupants of sixth spot.

After coming so close in recent years, reaching the final last year and back in 2014, as well as the play-offs in 2018 and 2016, could Derby's latest bunch sneak in with seven matches to go?

If they keep up their excellent run in 2020, with Cardiff still to play in the weeks ahead, they most certainly could.