Donny van de Beek has hailed the influence Manchester United's former Dutch players had on him as the midfielder gears up for his possible debut. 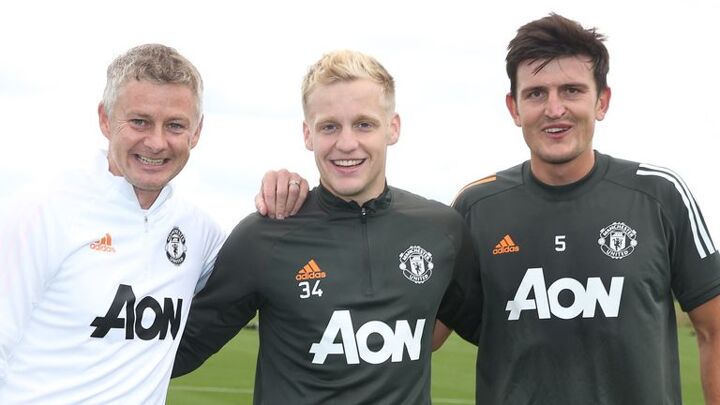 He is set to become the latest in a long line of Dutch stars to grace the pitch at Old Trafford, with the likes of Robin van Persie, Edwin van de Sar and Ruud van Nistlerooy enjoying great success with the club - something that did not go unnoticed for a young Van de Beek.

"I watched United a lot [when I was younger], because a lot of Dutch players have played here and this was nice to watch if you're a young kid and you see the Dutch players there," Van de Beek told Inside United magazine.

"Daley (Blind), Edwin, Robin van Persie… you see them. They won a lot of titles and United always played nice football, which was always good to see."

With United's season delayed as a result of their 2019/20 Europa League campaign only finishing on August 13, Van de Beek enjoyed his first run-out in last weekend's pre-season friendly at Aston Villa, and could feature against Crystal Palace in United's Premier League opener at Old Trafford on Saturday.

"It's always good to play with these kinds of players, you can learn from everybody," he added. "Everybody has their own qualities and you have to pick things up from them. I'm really happy I can play with them. That is what I want and I hope together we can make a really nice future for the club.

"There are a lot of young players in the group, around my age, and I think this is a really big opportunity for me to help the team."