Arsenal won an unprecedented 14th FA Cup title with a 2-1 victory over Chelsea at Wembley Stadium. 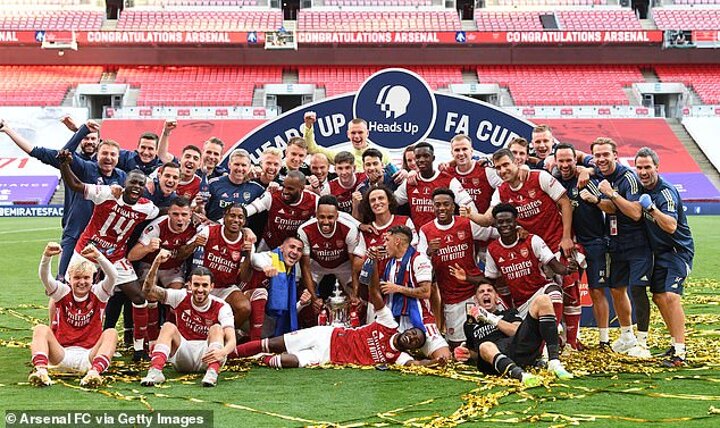 A Pierre-Emerick Aubameyang double, including a wonderful solo second, saw the Gunners overcome their London rivals after Christian Pulisic gave them an early lead.

Sportsmail's Nick Callow gives his verdict on the Cup Final displays from players of both sides. 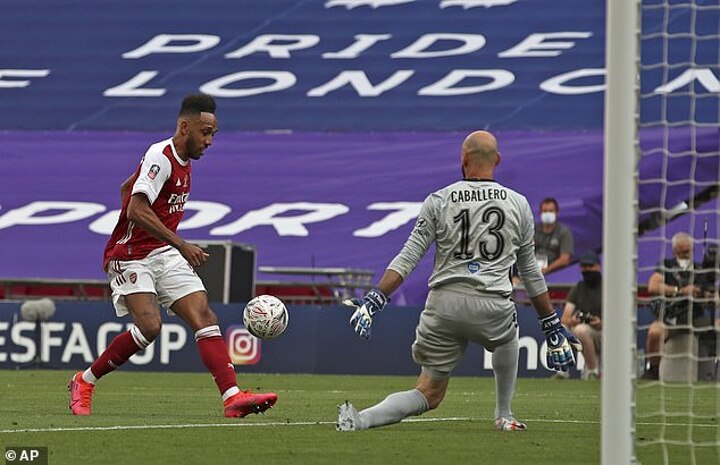 Another confident match for the Argentine keeper who could well replace Bernd Leno as first choice from the start of next season.

Repeatedly had to use his strength against Giroud and justified his place for the injured Shkodran Mustafi.

Survived the pre-match fears of making any errors against his former club and had a faultless afternoon. 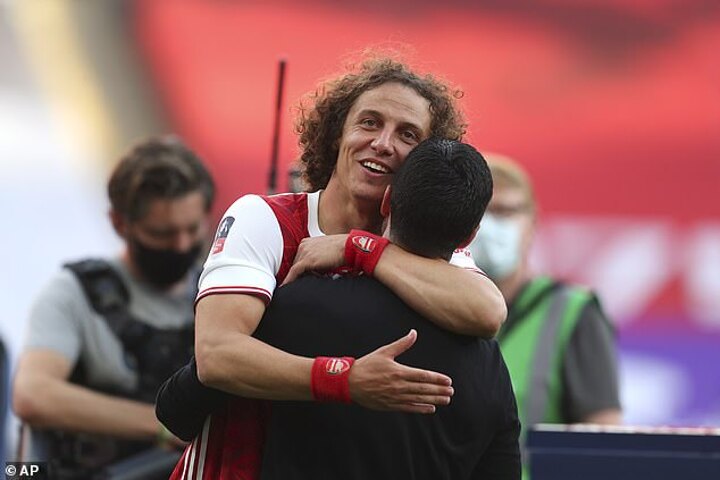 Impressed on his return from injury, dominating the right-hand side of the pitch for long periods.

One of the few Arsenal players who started well, giving Arsenal some hope they could get back into the match. Maintained work rate after the break and contributed in defence too.

Directed Arsenal's midfield and played a key role at the heart of Arteta's game-plan.

Followed up his inspired semi-final display against Man City with another dominant match in the left wing-back role.

Nervous start then robbed of one of the great Cup Final goals by a (correct) offside decision. Always involved, sometimes sloppy, unpredictably dangerous.

Tireless work from Arsenal's centre forward. Went close with a free-kick and just missed a goal to reward his efforts .

Once again showed why he is Arsenal's most important player by winning and scoring Arsenal's equalising penalty and then a world class second. 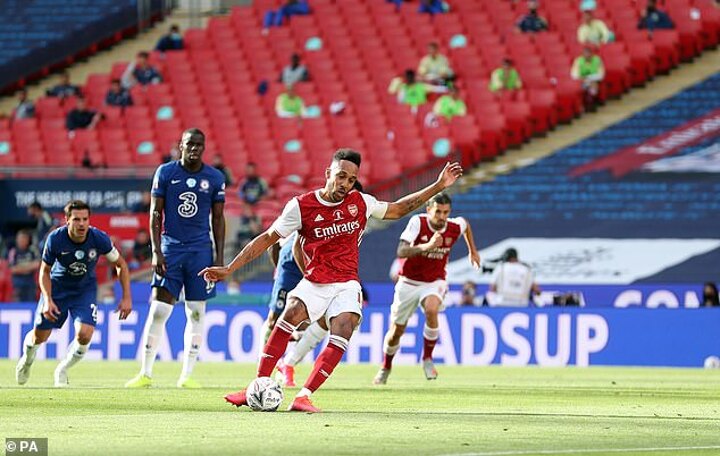 A telling input to change tactics and get Arsenal back into the match after the first drinks back. Got the most out of his team.

Did not let Lampard down as he once again replaced out of favour Kepa in goal. Not much he could do with either goal.

A rare error led to him conceding the penalty for Arsenal's equaliser departed in tears through injury soon after. Not a match to remember for the Chelsea captain. 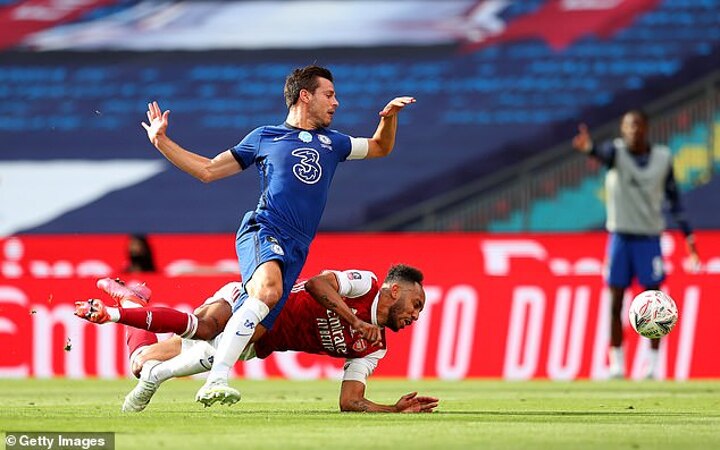 A bewildered spectator as Aubameyang scored the winner but few could have lived with the Arsenal striker.

Some uncertain touches hardly inspired confidence at the back but never stopped battling. Replaced after 78 minutes.

Not the greatest game for the Chelsea youngster, who was out-witted by Maitland-Niles in the first half and failed to make his mark.

Struggled to retain his early influence in what could be his last match for Chelsea. 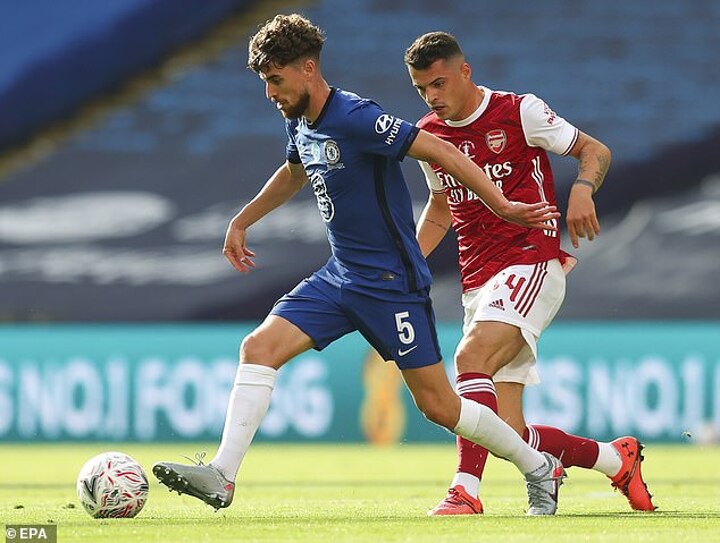 Won some crucial tackles in midfield before letting his team down with two yellow card tackles to leave them with ten men after 73 minutes .

Unconvincing for long periods and the occasional error fed both Arsenal's confidence and increased possession.

At the heart of everything that was positive about Chelsea's early dominance and had a hand in opening goal. Never stopped running, but influence faded in second half.

Scored the opening goal with all the assurance of an emerging world class player at the peak of his confidence. Game ended in the agony of a painful hamstring injury. 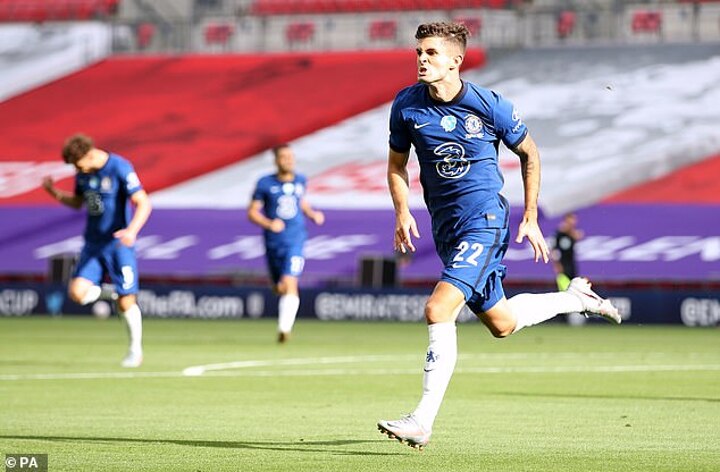 His assist for the opening goal was typical of the French striker's skill and awareness. Arsenal defence otherwise had the better of him.

Lacked Arteta's energy on the touchline and although there was little in it, he was out manoeuvred tactically too.

ANDREAS CHRISTENSEN (on for Azpilicueta 34 mins)

PEDRO (on for Pulisic 49 mins)

Put everything into his final appearance in a Chelsea shirt. Bad dive late on. 5