The hashtag #redflags was trending on Twitter on Wednesday as people use it to signal what they perceive as warning signs in a relationship, friendship, or personality.

These football clubs like Real Madrid, Chelsea, Man City... are also attaching the emojis to express some 'facts': 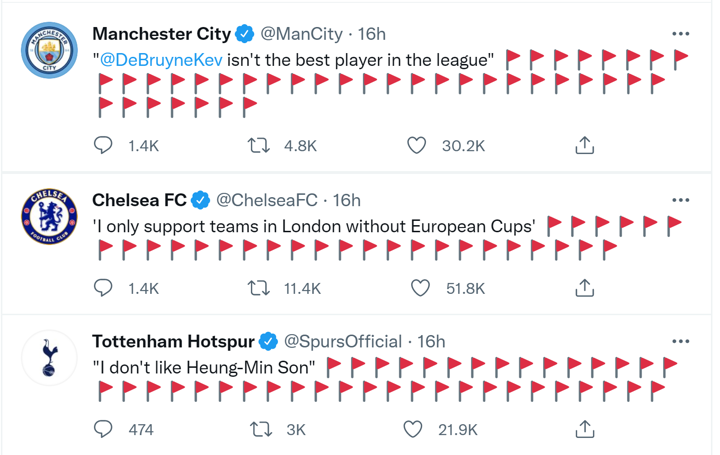 People are attaching the emojis to hypothetical statements from partners, friends, employers, or others, that could signal a "red flag," echoing the idiomatic expression of the same name that people use to describe warning signs in everything from people to relationships to homes.

According to data provided by Twitter, the use of the red flag emoji has grown 455% on the platform in the last week, and on Tuesday it was used in 1.5 million tweets globally.

AFers, what do you think your club should be saying with 'red flag'?