Chelsea boss Frank Lampard has once again aired his frustration with VAR after Mateo Kovacic was controversially dismissed in the FA Cup final against Arsenal. 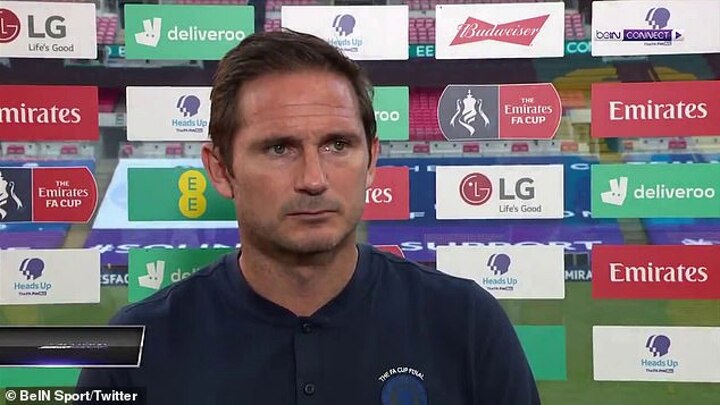 The 26-year-old received his second booking under the Wembley arch after challenging Granit Xhaka - but replays promptly revealed that there was barely contact made on his opponent. 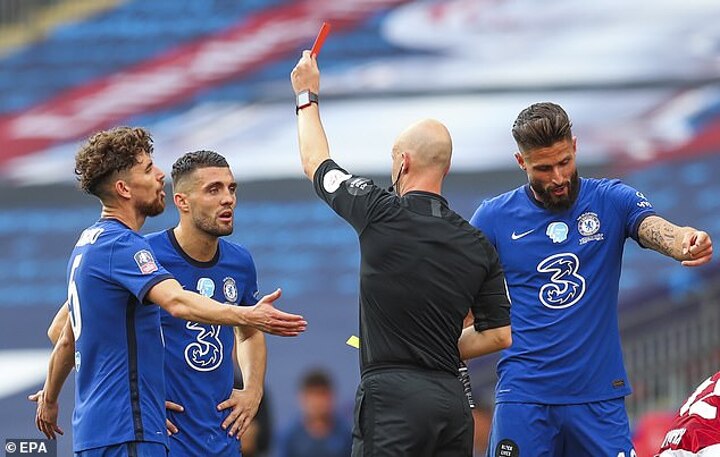 Chelsea got off to the perfect start in the all-London showdown through Christian Pulisic's audacious lob, but Arsenal hauled themselves back into the encounter after Pierre-Emerick Aubameyang fired home from the penalty spot.

It was then that the momentum shifted in favour of Mikel Arteta's Europa League chasers. Kovacic had rightly been booked in the first half, but was left to trudge off the field at the empty ground on 73 minutes after a glaring mistake from the officials.

Aubameyang had netted his second goal to edge Arsenal into the lead, and Chelsea never recovered after being reduced to ten men. 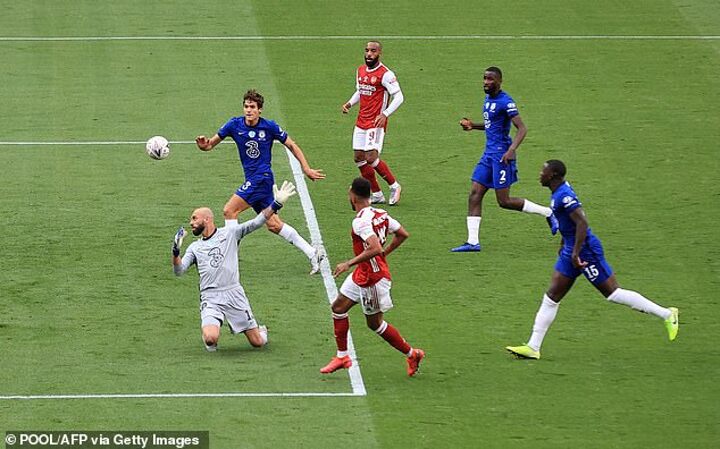 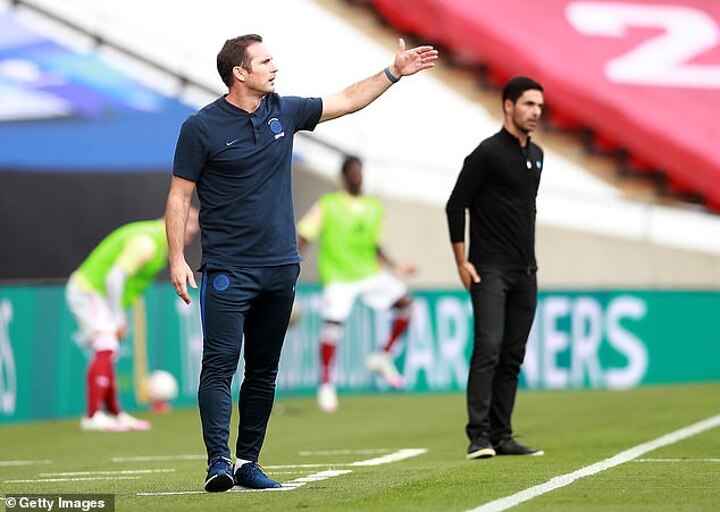 Lampard later said he believes that Kovacic's sending off proved a turning point in the capital and lambasted the controversial technology that had failed to intervene.

He told beIN Sports: 'What kind of rule is that? There's always been this one that you couldn't challenge two yellows. Someone's sitting there really stubbornly sticking to their guns on that one.

'If we have VAR, that's great, let's use it as much as we can to get the right decision. That's nowhere near, it changes the game.

'We pushed them a bit at the end, I can't fault the lads' effort for pushing. But it was never a red card.

'Again, I always try and come back to us and we didn't do enough to win the final.' 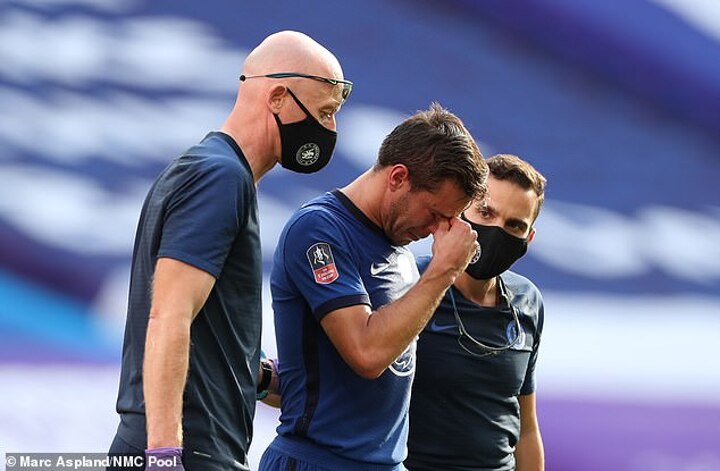 Chelsea were dealt a further blow in the form of three injuries. Captain Cesar Azpiliecuta, who endured a horror evening, and goalscorer Pulisic were both forced off with apparent hamstring injuries.

Azpilicueta was replaced moments after fouling Aubameyang for Arsenal's spot kick, and Pulisic was reduced to the verge of tears after pulling up sharply as he shaped to shoot early in the second half.

Pedro, who was introduced as a substitute in place of Pulisic, was taken off the field on a stretcher and received oxygen after injuring his shoulder deep inside stoppage time.