My views on Paul Pogba at Manchester United - that he was a flop, with an attitude that was indefensible - have been fairly robust over the past few seasons. 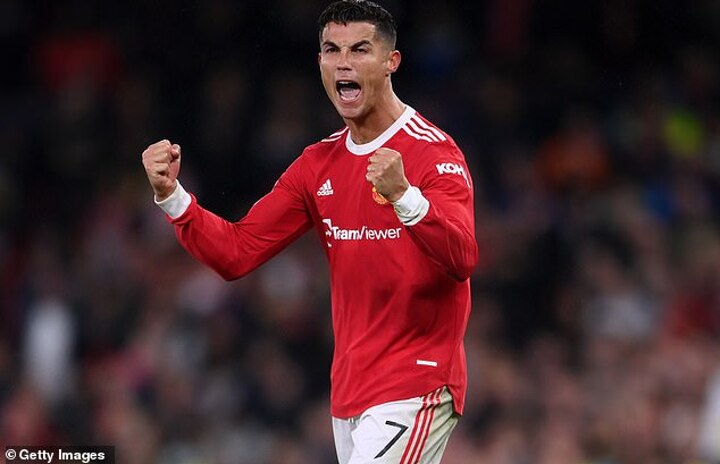 All the club's immediate rivals will be sorry to see him leave, because he was a one-man, dressing-room wrecking ball. A virus, as Jose Mourinho once called him.

Now United start a new season with another player who would rather be somewhere else but I will say without the slightest hesitation that they should go to great lengths to keep Cristiano Ronaldo. 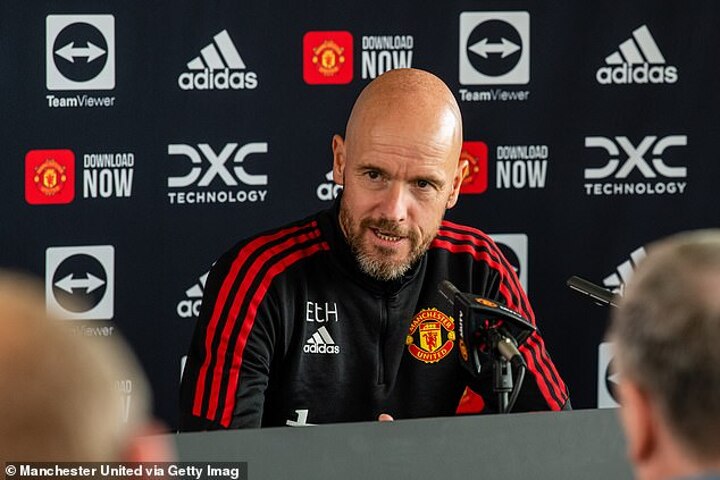 Until he arrived last season, who in that Manchester United dressing room was there for the kids to look at and say: 'That's how I want my career to be. I want to play like him and live like him'? No one. And who is there now? No one.

Ronaldo could sit down in a room with all the greats from history - Di Stefano, Pele, Messi, anyone you care to mention - and say: 'I've been better than any of you.' He would have a very strong argument, too. He's not my personal choice but he can say that because of his longevity. His consistency. His extraordinary goals.

Erik ten Hag will not have been happy that he left Old Trafford before the end of United's friendly against Rayo Vallecano last weekend. But you are dealing with someone whose ego would choke a horse - and quite rightly so, considering what he has brought to football.

He wanted to spend more than the first half on the field but with the attitude this man has, he needs protecting from himself at this stage of the pre-season.

At 37, he will start to get muscle injuries. What an attitude, though. You are talking about the ultimate pro. Everybody in that dressing room, young and old, can look at him and learn something.

Having known only the standards that Sir Alex Ferguson laid down, Ronaldo was staggered by the attitude of coddled younger players, by the lack of respect for him and the poor decision-making which saw United decide it was a good idea to hire an interim manager last November. An interim manager who, by January, was trying to sell him.

It's hardly surprising that his agent Jorge Mendes began the summer with a tour of likely buyers.

I don't believe there's the remotest chance that Ronaldo and Mendes will have gone out on a limb and let it be known he wanted to leave without believing they had something lined up. They would have done their homework first. But it's not happened. 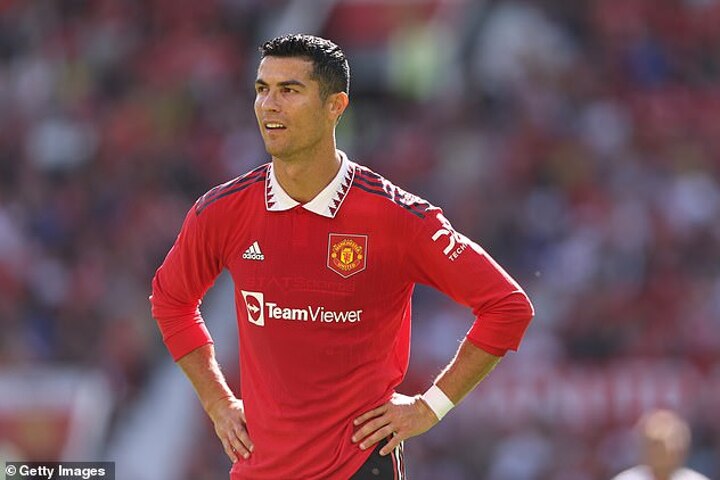 Thomas Tuchel felt it wouldn't fit his squad dynamic and long-term game plan at Chelsea. Bayern feel the same, though given that Robert Lewandowski has gone to Barcelona, leaving Sadio Mane as their main goal threat, they are a club crying out for Ronaldo's goals. More fool them and Chelsea for not leaping at the chance, I say. But United can shape this to their advantage.

All the noises we've heard from Ten Hag - encouraging noises - have been about instilling discipline and values but he needs to be aware of the power of the modern player. It's never been greater and that's why managing has never been more difficult.

If I were Ten Hag, I would want to sit in the room with Ronaldo, look him in the eye and tell him: 'Things are different here. I've got a different type of player coming in now.'

United have shipped out a load of the dead wood - players just collecting the salary each month and not adding to the cause in any way.

I also don't think Harry Maguire has been anywhere near as bad as so-called experts would have you believe.

He's lacked a strong partner. Raphael Varane arrived from Real Madrid. There's usually a very good reason why that club are willing to sell you one of their players. Just ask Arsenal fans about Mesut Ozil.

Ten Hag is signing players he's worked with before or knows, like Lisandro Martinez, Tyrell Malacia, with possibly Antony and Frenkie de Jong to follow. Can all these players deal with that pressure and expectation? Are they up to the scrutiny? Is Ten Hag slightly misjudging the jump in quality? 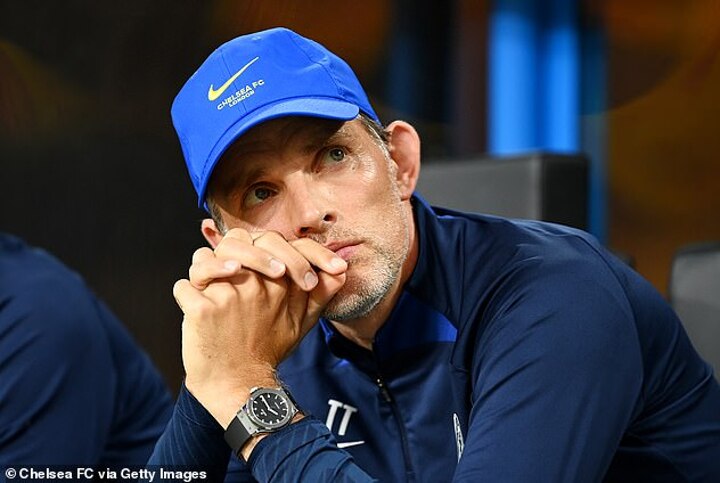 Well, he is buying what he knows - and he does know their characters. We'll have to wait and see. But I do like what I am hearing. United have a better group of players than their sixth-place finish showed last year. I can see them finishing third or fourth. That would be progress.

When United get momentum, they take some stopping. When it's not gone well, the crowd have been fabulous.

You're lucky to play at United because of the way the crowd are. At Liverpool, we never had an easy game against them. They had warriors - Bryan Robson to Martin Buchan, Norman Whiteside, Gordon McQueen and Joe Jordan. They didn't roll over for anyone.

This is the perspective Ronaldo can embed in the current generation - by the simple act of being one of the first players into Carrington each morning and the last one off the training ground after a session.

I'm sure he doesn't relish the notion of a season in the Europa League, when the Champions League has always been his stage, but there would be a magnificent circularity if he could restore the success which he was once such a huge part of.

'The football genius who returned to drag one of the world's great clubs out of the wilderness.' That's some epitaph.

Sparky is right. I was wrong to join in training!

It's good to see Mark Hughes getting back into the game as manager at Bradford City.

For me, Mark will always be the player who helped my Blackburn Rovers team win the 2002 League Cup final against Spurs.

I grimaced when he described in an interview in this sports section last week how it irritated the hell out of him when I, as manager, joined in the training sessions at Blackburn. I think Mark was right to feel that way. It was a bit selfish of me and it sometimes backfired.

I had a confrontation with Dwight Yorke after putting him on his arse in training one day at Blackburn. I was so determined not to let Dwight allow his standards to drop after he left Manchester United for us.

Mark's keeping out of training but I just loved football too much. If I could do it, I'd still play today. 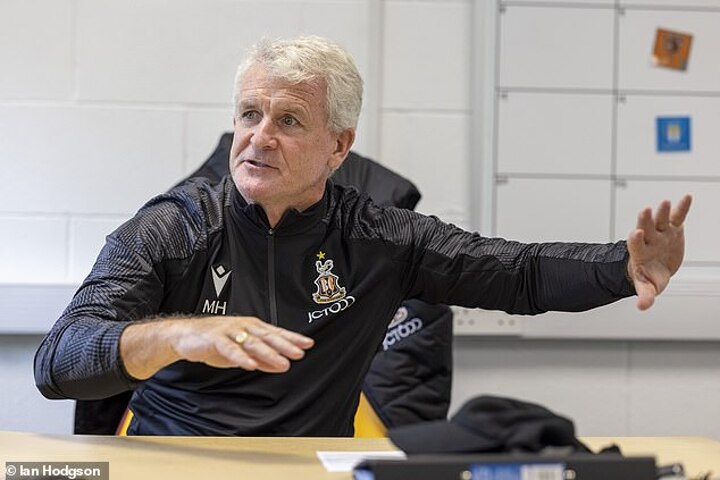 Klopp's had it tougher than Pep...

Jurgen Klopp v Pep Guardiola will be the subject of many arguments here in the weeks ahead. This season tests their judgment of strikers: Erling Haaland v Darwin Nunez.

He has had to come in, make big decisions and earn his stripes.

Pep and his staff have had an incredible run with their recruitment. But Pep joined a club who had won the title twice in five years, under Roberto Mancini and Manuel Pellegrini. Jurgen joined one who hadn’t won the title for 25 years. Pep’s net spend has been £530million. Jurgen’s has been £260m.

Pep could afford to leave his new England international Kalvin Phillips on the bench in the Community Shield last Sunday. But Jurgen’s relatively modest summer buying - with Nunez, Calvin Ramsay as cover at right back and Fabio Carvalho from Fulham - seems a throwback to Bob Paisley tweaking 14-man squads during my time at Anfield.

With Paisley it was evolution, not revolution, and it made us serial winners of the title. 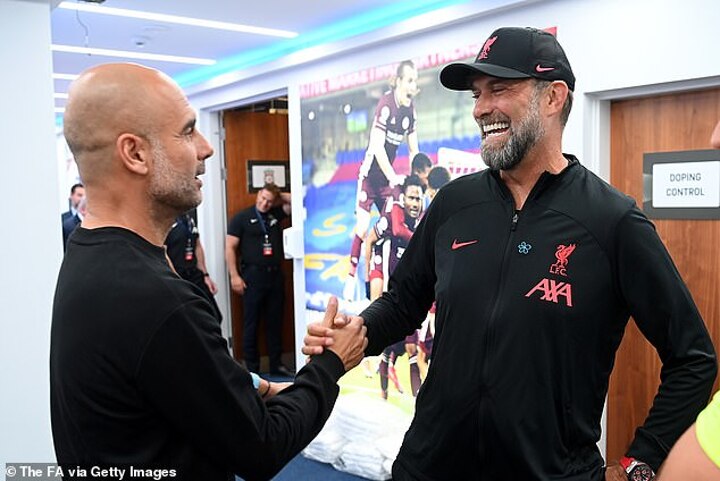