The Africa Cup of Nations clash between Gabon and Ghana descended into chaos on Friday night as a mass brawl ensued after full-time - which resulted in Black Stars player Benjamin Tetteh being shown a red card for a wild punch. 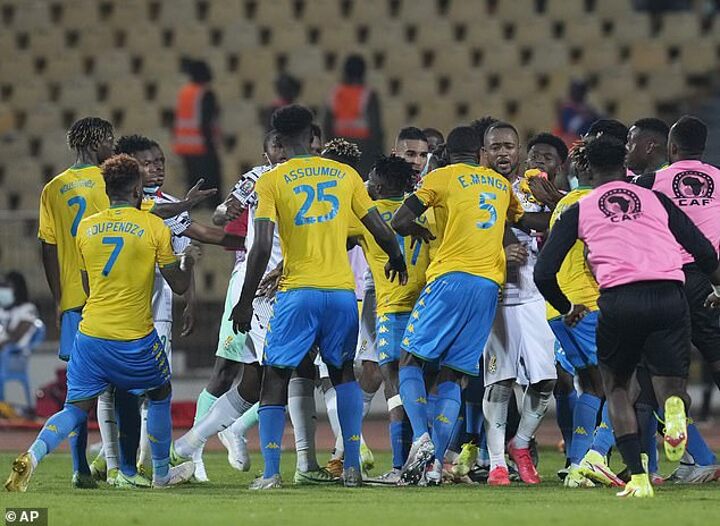 The two Group C rivals drew 1-1 in their second match of the tournament with Jim Allevinah's late equaliser rescuing a point for the Panthers, after Andre Ayew's sensational opener had given Ghana the lead.

Ghana's frustrations were clear to see at full-time, with those grievances boiling over into a fight between both sets of players. Amid the brawl, Black Stars substitute Tetteh was seen throwing his fists at Gabon's Aaron Boupendza. 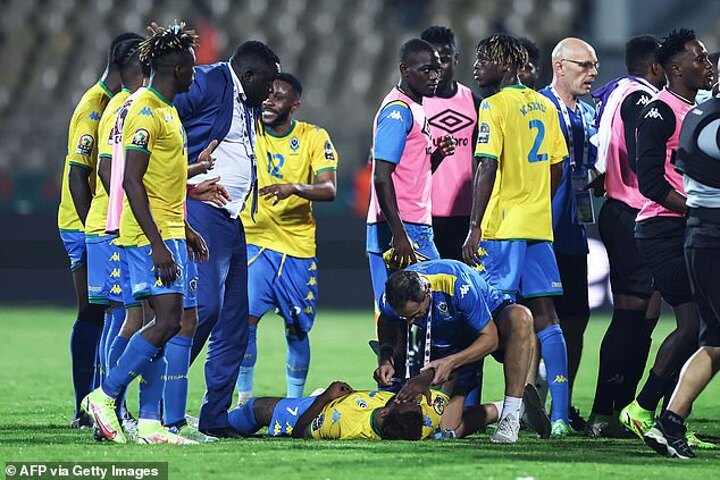 The Panthers forward hit the deck in agony, with VAR spotting Tetteh's punch as it looked through the incident which took place after the final whistle.

Algerian referee Lahlou Benbraham was then told to brandish a red card to Tetteh - who had already disappeared down the tunnel back to the changing room.

Benbraham spoke to Arsenal midfielder Thomas Partey, who clearly told the Gunners star to bring 'number 25' back from the tunnel, with Tetteh being shown a red card as he emerged.

The result puts Ghana's chances of reaching the AFCON knockout stages in serious doubt, with the Black Stars needing to beat Comoros to stand any chance of progressing. 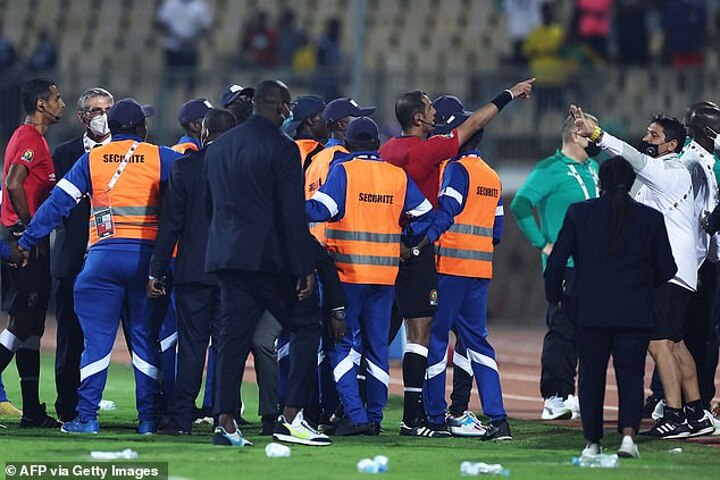 They will be without substitute Tetth for that crucial third group game through suspension. The 24-year-old striker was brought on in the 91st minute to try and grab a winner.

Gabon, meanwhile, can start making plans for the latter rounds as they sit in second-place on four points - which should be enough to reach the knockout rounds even if they slip down to third.

The Panthers managed to achieve that feat without captain and talisman Pierre-Emerick Aubameyang playing in their first two games due to coronavirus. 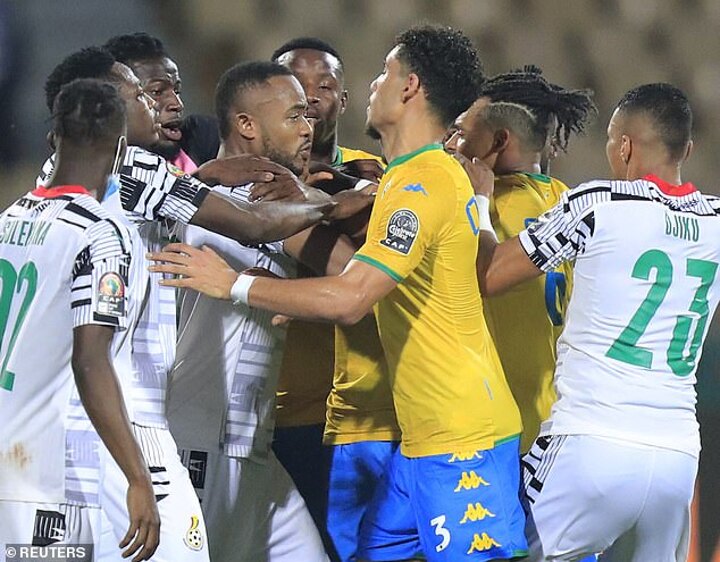 The Arsenal striker missed the first match against Comoros as he was isolating after testing positive for the virus earlier this month and was not picked for this game as post-Covid checks showed he had 'cardiac lesions' - so was not risked.

Ghana took the lead in the first-half when captain Ayew picked up Partey's pass around 25 yards out from goal, span his man with ease before crashing a long-range shot as the Gabo goalkeeper.

The Black Stars looked to settle for a 1-0 victory but those plans were ruined when Allevinah hit a left-footed shot as the clock ticked into the 90-minute mark to grab a vital point.